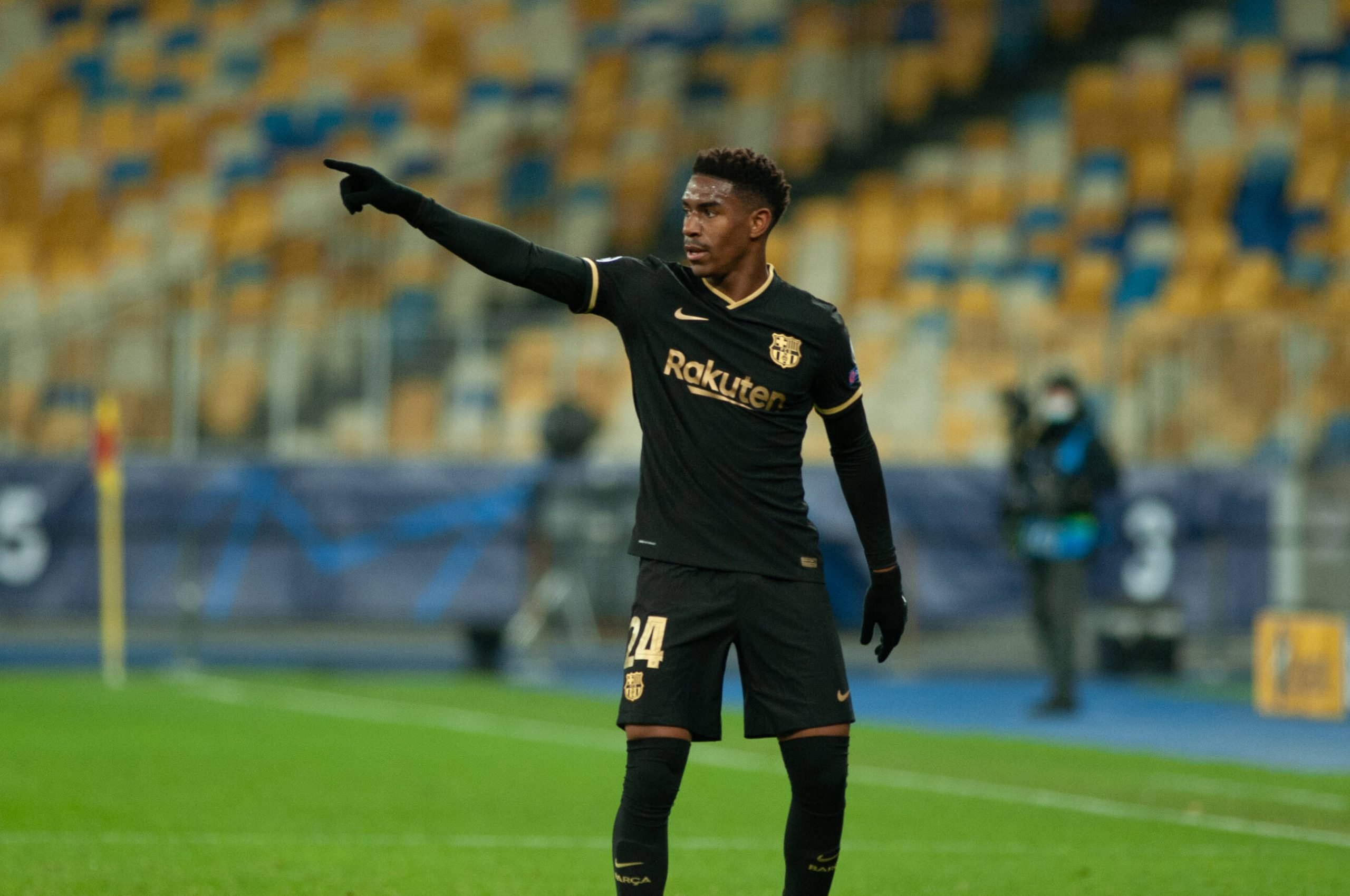 It is no secret that multiple players will be leaving this season via a clearance under Joan Laporta, and arguably the most likely of these players is Junior Firpo, who always had interest from high profile Serie A clubs. This may finally be surfacing, as Firpo is open to leaving the club for Italian giants AC Milan, as per Mundo Deportivo.

The Spaniard was brought in as Ernesto Valverde’s signing from Real Betis as a long-term replacement for Jordi Alba. This, of course, was far from reality. Alba enjoyed a stellar season under Ronald Koeman as a more advanced fullback, while Firpo virtually never played this entire season.

The youngster is cognizant of the need for minutes for someone of his age, and other clubs are cognizant of his talent. This has meant that the 24-year-old has garnered interest throughout his career, and owing to the fact that the Catalans are looking to sell him, a deal seems highly likely.

AC Milan was one of the first clubs to show interest in the left-back, according to the ever-reliable Fabrizio Romano, and a deal may actually be materialising. While the clubs themselves have been in talks, Firpo has reportedly agreed to leave the club personally.

The agreement allegedly contains a loan at first rather than a permanent deal with a non-mandatory purchase option. This is an understandable clause, seeing as Firpo has been off the pitch for essentially the entirety of the season and is not a guaranteed contributor.

This does, however, work against the interests of Barcelona: should the Spaniard fail to perform in Italy, he would be sent right back to the Catalans, and the onus of selling him would be even harder after a subpar season.

Nonetheless, Firpo is talented and would hopefully contribute to AC Milan’s defence. Interestingly, Barcelona have been interested in Milan’s Alessio Romagnoli as a budger centre-back option, and the club are looking to sell the Italian. It does seem possible that he is included in the deal.