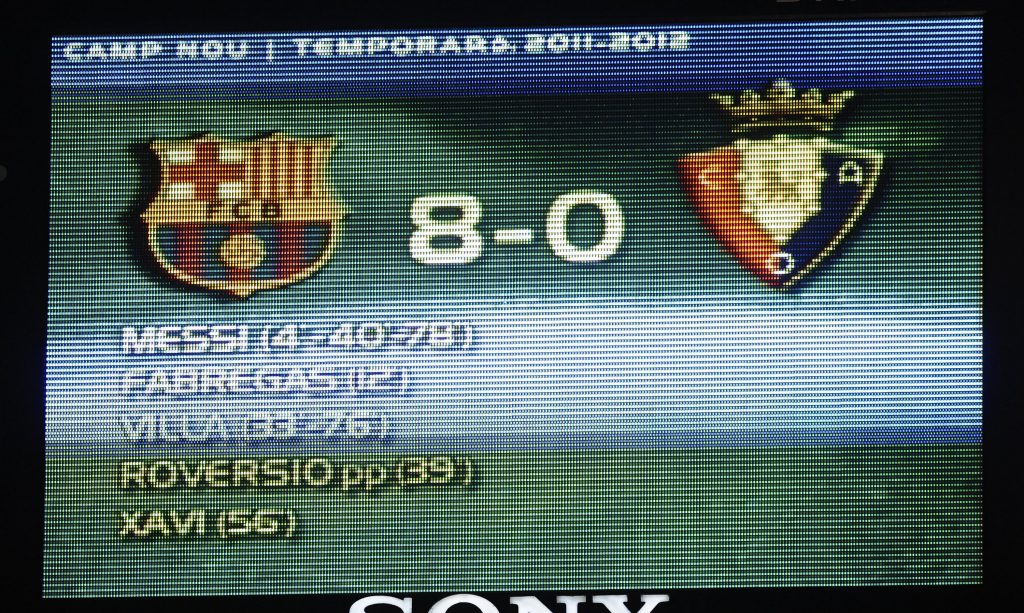 On 17 September 2011, in matchday 4 of La Liga, Pep’s Barcelona got one of its greatest victories with a 8–0 thumping of Osasuna at home. Meanwhile, it also saw the Blaugrana line up in a 3–3–4, a formation Guardiola started using regularly in his final course at the Camp Nou.

The XI consisted of Mascherano, Puyol and Abidal as the back 3, Busquets as the lone pivot behind the interiors Thiago and Xavi, Villa and Dani Alves on the wings, and upfront another tactical innovation: double false 9 with Cesc and Leo. Fluidity and a lot of passing lanes. Constantly. Valdés supported the build-up, the back 3 had many options to play to, and Busquets could do what he likes the most: push high and add numbers behind the first lines of pressure.

In the 2010/11 Pep had already used a back 3 to play out from the back, but it had been more of a ‘Salida Lavolpiana’, with the two centre-backs splitting out and the pivot Busi dropping in between. Now, though, it was Abidal who acted as the third centre-back and Sergio stayed a line higher, helping progress the ball from midfield.

Width was also permanent. With a central defender, the half-spaces and flanks were occupied by the outside defenders. This permitted a very efficient distribution of the spaces and continuous triangles. The ball circulation was very fluid in all phases.

With passing options to evade the press, in midfield there were central overloads too. A 3-man midfield plus one of the two false 9s dropping deep, while the other, and the two wingers, offered runs in behind. If one player moved, the others would compensate it to maintain the network of passes.

Always with a fixed objective: numerical superiorities. Then, the qualitative superiorities did the rest. As a consequence, it was goals galore. The 3–3–4 worked perfectly in this match, applying all concepts of the positional play. Of course, a 3-man defense is very effective against two strikers and a 4–4–2 pressing from the opponents, as this leads to a 3v2 superiority. But tactical ideas are tools to use, not immovable notions. And, for each circumstance, Pep knows which tools to use. This is what makes him great. Flexibility inside his conviction.