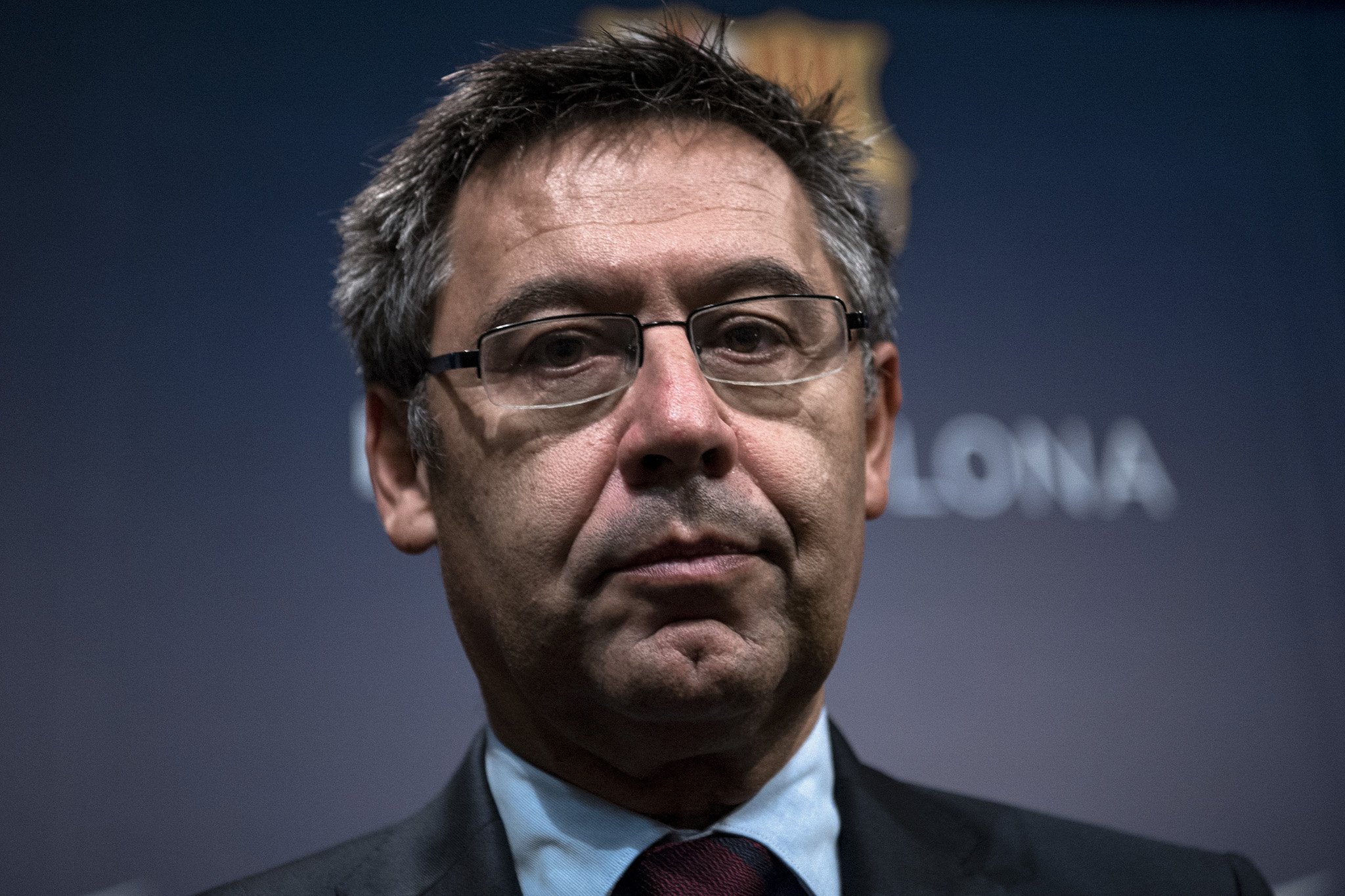 As Luis Suárez left the club, much of the focus was shifted onto Barcelona’s president, Josep Maria Bartomeu. A day that should have been about a club legend leaving was overshadowed by the negative environment created by the board.

Luis Suárez has left Barcelona with an incredible legacy. He formed part of the MSN trident of Lionel Messi, Suárez, and Neymar. It was the greatest attacking trios ever and lead Barça to the European treble in 2015. In an era of Messi and Cristiano Ronaldo, the Uruguayan won the Pichichi during the 2015/16 season. His partnership with Leo was deadly on the pitch. The two had an almost telepathic understanding of each other’s game. However, his leaving ceremony was somewhat tainted by the manner in which he was forced out of the club. It adds to the list of club legends that have been mistreated under this board’s regime.

Barcelona are in a tough economic situation and needed to sell players this transfer window. High wages and a lack of funds to buy new players has seen several heavyweights in the squad leave. Also, there is a need to rejuvenate the squad after three humiliating Champions League exits in a row. With the new manager, Ronald Koeman, arriving, Ivan Rakitić, Arturo Vidal, Suárez, and Nelson Semedo the first ones to leave.

The issue was the way in which Luis was forced out of the club by Bartomeu. It was reported that Koeman let the striker know he would not be counting on him with a one-minute phone call. This is not the way a club legend should be told he is not in the plans for the upcoming season. Suárez received many offers from teams, but it was Atlético that eventually signed him.

As the deal was nearly finalised, Bartomeu almost made it fall through. He was reluctant to let such a player leave for free to a league rival. This angered the 33-year-old as it could have stopped the deal going through. First, he was forced out, then his deal was almost sabotaged. It again shows the incompetence of the board in transfer windows. Furthermore, it highlights the lack of respect shown to club legends by this board.

The comments after the ceremony

It was obvious during Suárez’s leaving ceremony that there was tension between him and Bartomeu. The relationship has deteriorated over time and a casual dig was even aimed at the president from El Pistolero. Another Barça legend has left the club on bad terms after being pushed out. It marks a recurring theme of players being disrespected by the board and used for their own agenda.

Clearly, Messi is not happy with how the club is being managed under this board. After the ceremony, social media erupted as Barça’s captain sent a heartfelt message to one of his closest friends. In this message, Leo took aim at the president once again. The Argentine stated that he was not surprised at how badly Luis had been treated.

Former players then commented in support of the 33-year-olds post against the board. Neymar, Cesc Fàbregas, Dani Alves, and Samuel Eto’o all left messages showing their displeasure at Bartomeu. Clearly, Suárez is not the first person to be disrespected under this leadership. Neither is it the first time there have been hints of former players having issues with the club’s hierarchy. The image of the European giants has been tainted in this regard. Mistreating players both at the first-team level and Barcelona B team has happened far too often over the last decade. It is good to see they are finally being called out for their actions.

“Unfortunately, that has been the reality for a long time. It is confirmed year after year! It’s not about winning or losing, we know a lot about that, it’s about respect and they know nothing about it! Stay strong!”

The famous MSN trident has been criminally mistreated by Bartomeu. One has been forced out, one left under very bad circumstances, and one was threatened with being taken to court if they tried to leave. It is a disgrace that players that have won trophies and given their all for the team have been treated so poorly.

“Incredible how they do things.”

Neymar Jr. and his father arrived at the Spain’s national court in Madrid in February 2, 2016 regarding their legal dispute with the Barcelona board ran by Josep Maria Bartomeu | Photo by JAVIER SORIANO/AFP via Getty Images

How will the board react?

A visibly stressed and tired looking Bartomeu was present at the leaving ceremony, but only for the formalities. His presence was unwelcome, and he did not stay long. It is unlikely though that the board will do anything about these comments. The relationship with the players has become non-existent. The hierarchy have lost most of their authority at the club and are just looking to finish their time in charge. It would be best for them to have as little interaction with the players as possible as there is still much frustration aimed towards them. Bartomeu’s shameless actions show that he does not care about the club, just his own image, and reputation.