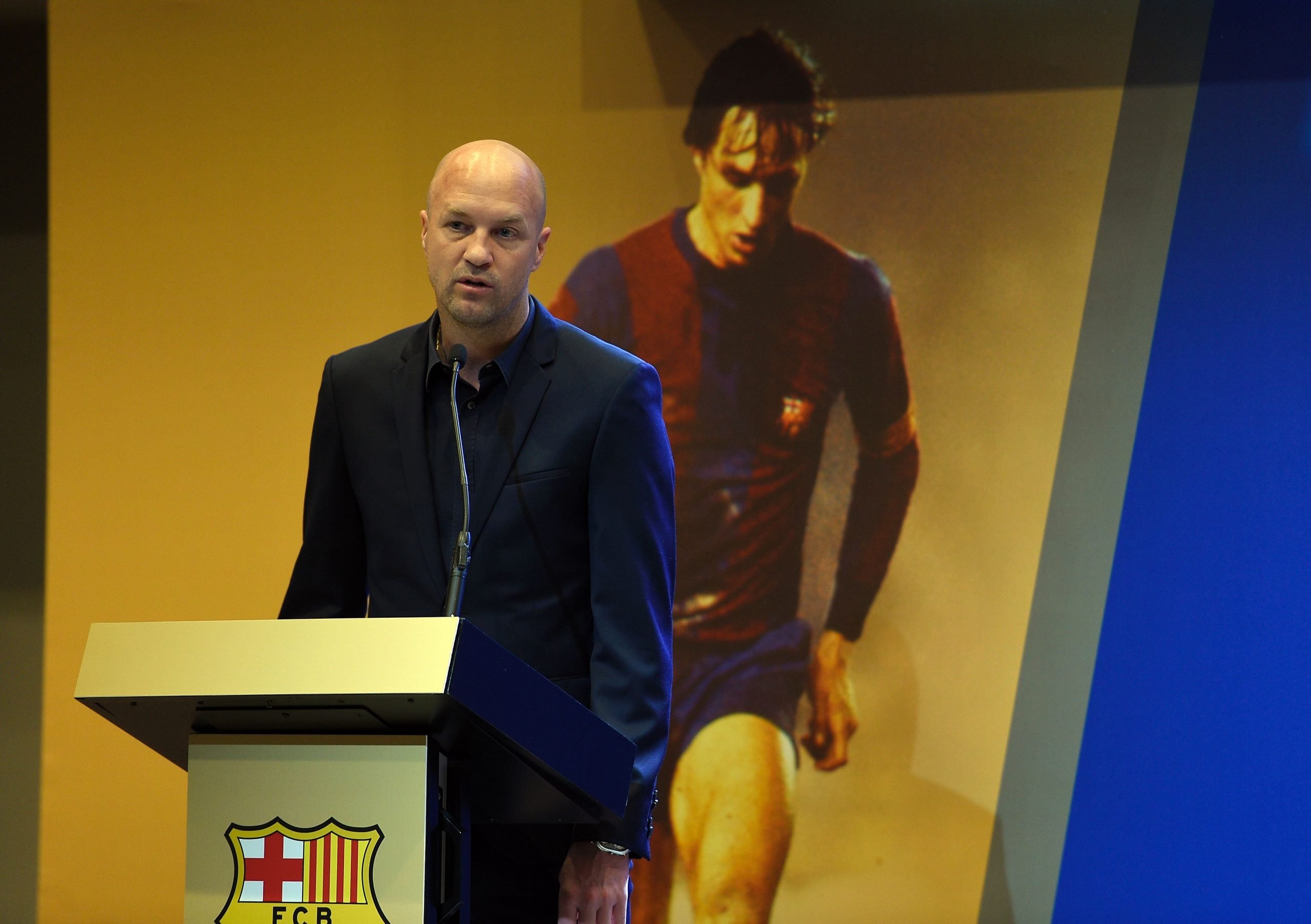 While speaking to Cadena SER’s El Larguero program, Jordi Cruyff discussed various issues about Barcelona. When touching upon the subject of the upcoming presidential elections, he revealed who his father Johan Cruyff would have voted for as club president. Jordi also stated who he would vote for in addition. Barcelona is facing unprecedented challenges currently, in both sporting and financial aspects.

The upcoming elections will be vital in deciding the club’s future and whether or not they will be able to break their recent downward trend. When asked who the legendary Johan Cruyff would have voted for, his son immediately responded saying: “I think the answer is very clear. He would vote for Joan Laporta.”

Joan Laporta is the clear favourite to take over at Barcelona in the upcoming elections. The former president already seems to have massive backing from some players as well as the socios. Barcelona enjoyed tremendous success in Laporta’s previous tenure, which lasted a glorious seven years, from 2003-2010. During that time Barcelona rose to a position at the top of the footballing pyramid, winning every single title possible at least once, including the famous sextuple in 2009.

Jordi Cruyff did not seem to have any reservations about his own choice for Barcelona’s presidential position either: “I am quite clear that I would vote for Laporta. Not only now, but also before and even tomorrow. Any time the question arises,” replied the Dutchman.

The presidential elections are now scheduled for the month of March, with the option of mail voting available to the socios as well to ensure maximum participation. The new president will face a major set of challenges, amid the financial crisis, he must also deal with the potential contract extension of Lionel Messi. If Laporta is elected, many believe that Messi could be convinced to stay at Barcelona.