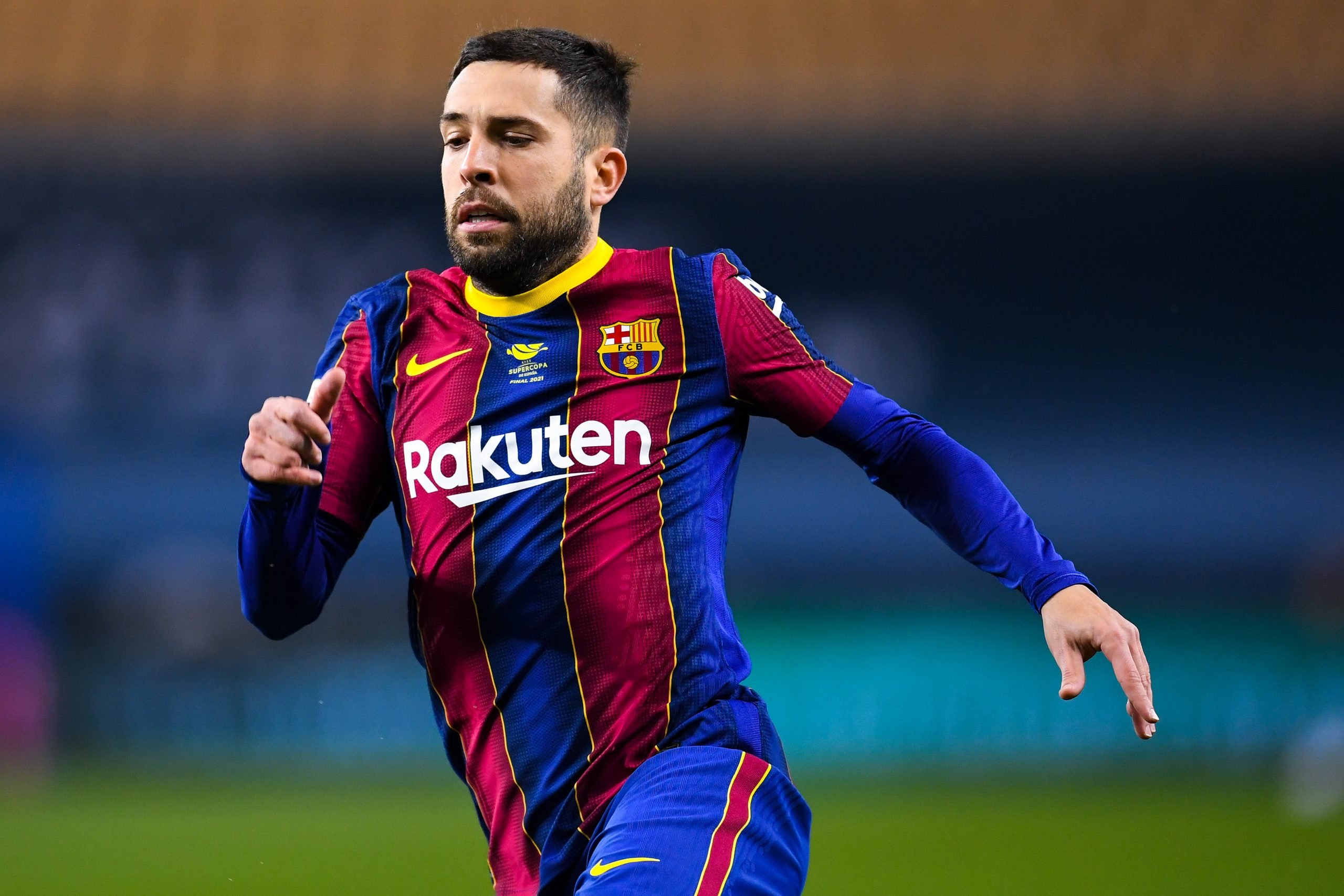 Ahead of Barcelona’s crucial Champions League Round of 16 clash against PSG, Jordi Alba spoke in the press conference, talking about what to expect from the matchup. The defender also discussed Messi’s situation at the club and his former teammate Neymar.

Coach Ronald Koeman rested Alba in Barcelona’s win over Deportivo Alaves on Saturday, since he will surely play a key part in the battle against Les Parisiens. Amid a fair bit of uncertainty as to who will start in Barcelona’s defense, the Spaniard will almost definitely be in the starting XI come Tuesday.

On the encounter with PSG: “The truth is that we’ve improved a lot, but we are facing a very difficult opponent and we must be cautious, it will be very difficult. We have to prepare for the two matches with a lot of intensity.”

On PSG being labelled as favourites in the tie: “We have to respect the opinion of the people. It will be seen on the pitch if they are favorites, better or worse. We have to show it on the pitch and see who wins the tie.”

On the Messi-PSG rumours: “Messi is 100% committed to the club. Hopefully, we can win some titles. Let’s ignore the opinions that come from the outside, the last word will be Messi when he decides so. With Leo we are better and stronger. I hope he stays.”

On Gerard Pique: “Piqué is a fundamental player in the team, with a very good track record and that creates a very important atmosphere in the dressing room. The coach will say whether he plays or has to wait. There are also players with less experience than Piqué but who are doing well.”

On the famous ‘Remontada’: “2017? That game was historic. Now this is a different game.”

On Koeman: “Koeman’s idea has always been the same, a lot of new people came and it wasn’t easy. The coach is doing a good job. We are the same players who started the season and we are going through a good form.”