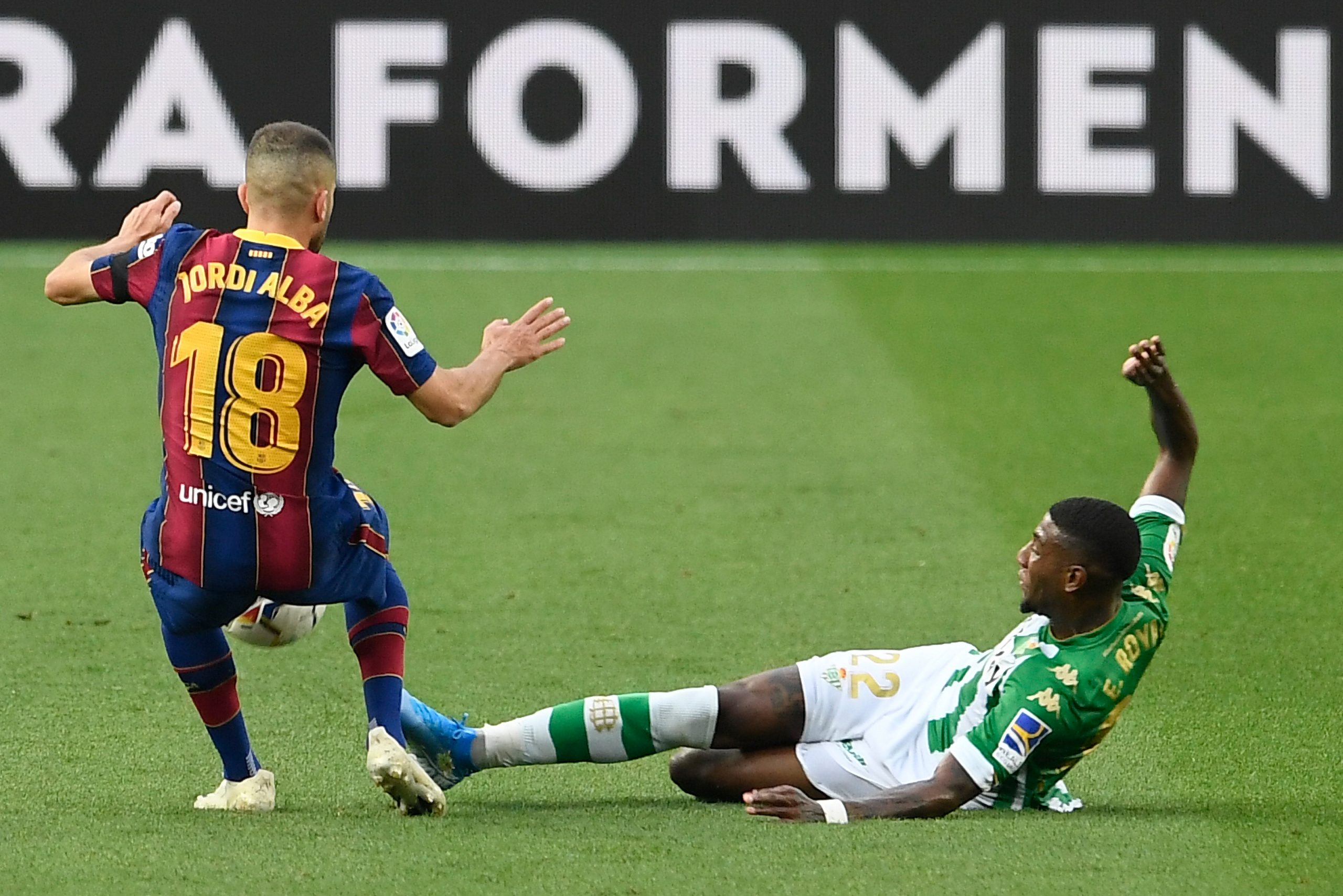 Jordi Alba registered an assist against Real Betis tonight. Barcelona scored a load of goals and won after a run of four games without a win. The Spanish international shared his thoughts right after the game.

Alba first acknowledged Lionel Messi’s undeniable impact. The Argentine’s superb game off the bench made a world of good to a team that looked already dominant. More importantly, La Pulga scored a goal from open play as well as gifting Griezmann an open goal opportunity. Alba reckons that goal will be crucial for the Frenchman’s confidence:

“Lionel Messi has made the difference. Me and the whole team want to have him on the field. He changed the game, and helped us to win.”

“Griezmann needed that goal to boost his confidence.”

“This season we look better defensively. We are more compact, and doing a good job but in this league every team can hurt you.”

This is a more delicate comment by Alba. The Catalan side conceded two goals. The second Betis goal, after they went down to ten men, is also worrying. While the full-back wasn’t bad, there were still many players bombing down the flanks and harassing the defence. Marc-André Ter Stegen in this form should never concede twice.

After four games without a win in La Liga, this game is refreshing for Culés. It’s a win against a dangerous rival, and the left-back is ecstatic to go back to winning ways. This win is exactly what the Blaugrana outfit needed before the break. It was important not to drop points today:

“I think we’ve been superior, but the second half, when they were one less, was easier. It was important today to win before the international break.”

The players can feel the bad finishing. Here, Alba says nothing special. Before Messi came on, the Catalans had missed many chances and especially a penalty:

“We could’ve finished the game off in the first half. We had many chances, but we missed them.”

Alba was fair in his interview. He was not getting too ahead of himself but reckons that the team did a decent job. After four games without a league win, Barcelona are back. Hopefully, they can beat Atletico on the 21st of November.