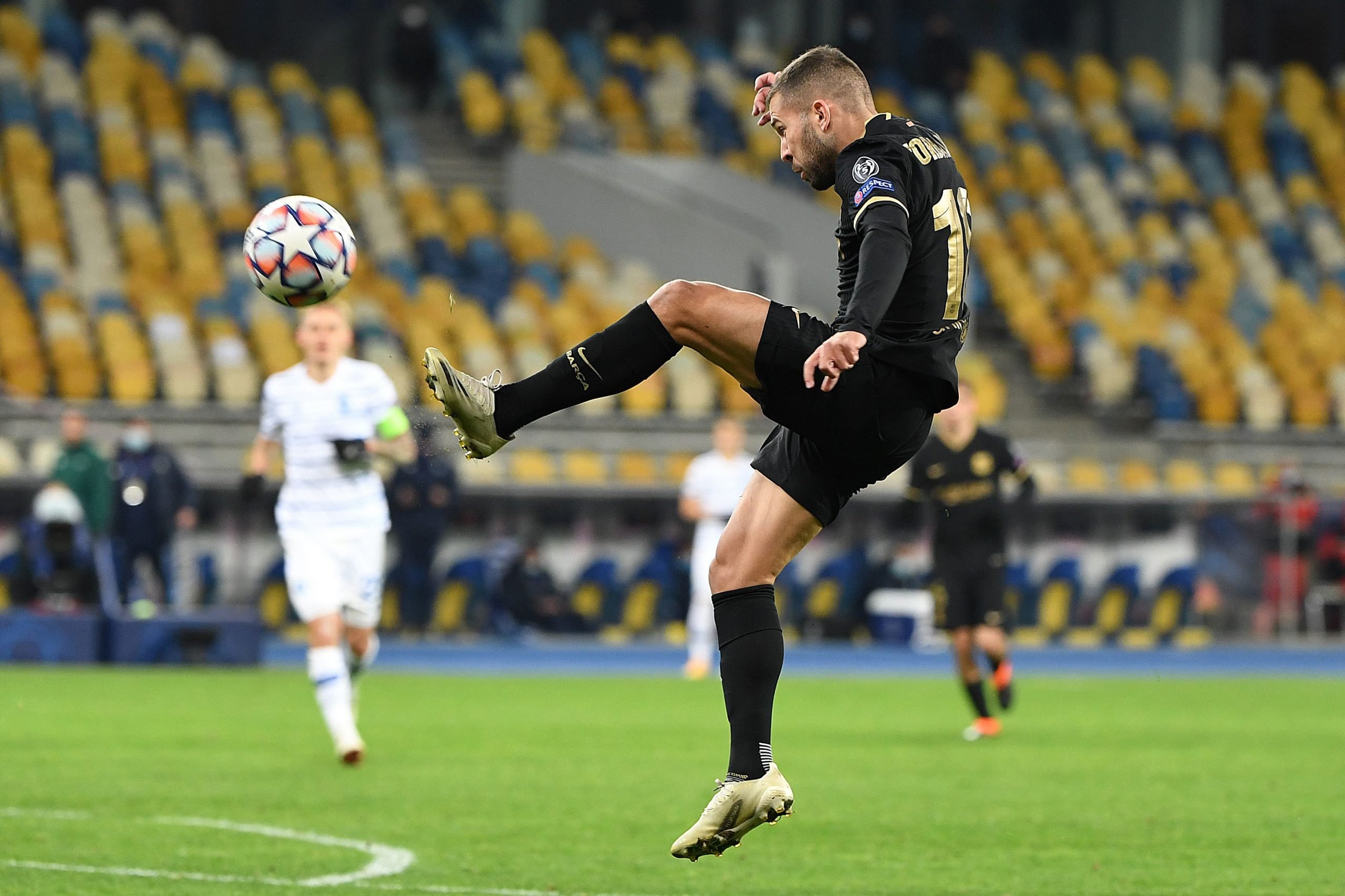 Jordi Alba came on as a substitute against Dynamo Kyiv. The defender did not have a stellar game but was not particularly bad. He spoke to the media after his team qualified for the round of 16.

“Mingueza has been very good. It didn’t seem like it was his first game with us.”

“Dest fits in perfectly with the characteristics he possesses.”

It is great that Alba, a club veteran, is speaking nicely about the youngsters who are much needed for the future of Barcelona. Performances and praise like these will help the youth with their confidence.

Barcelona are one of the biggest clubs on the planet. If they lose, there will be critics. It happens to other super clubs like Real Madrid, Manchester City, or Liverpool as well. The left-back should be well accustomed to the pressure by now, especially when he has spent close to a decade in Catalonia.

“We have lost many points in La Liga, it’s true that we have to improve a lot.”

“We are seeing that other teams also have difficulties to win every game. It’s not just us.”

Barça have more points in the Champions League than in La Liga. It is time to start improving. The Catalans have to win their remaining games of the year, and Alba completely understands the situation. It begins with a win against Osasuna on the weekend.

Juventus struggled to beat Ferencvaros, Real Madrid have dropped many points in the league and PSG are in a precarious position in the Champions League. These big clubs have had a rough to the season but it should not be an excuse for Barça. The Catalans have been slacking in the recent games and they need to rectify it.