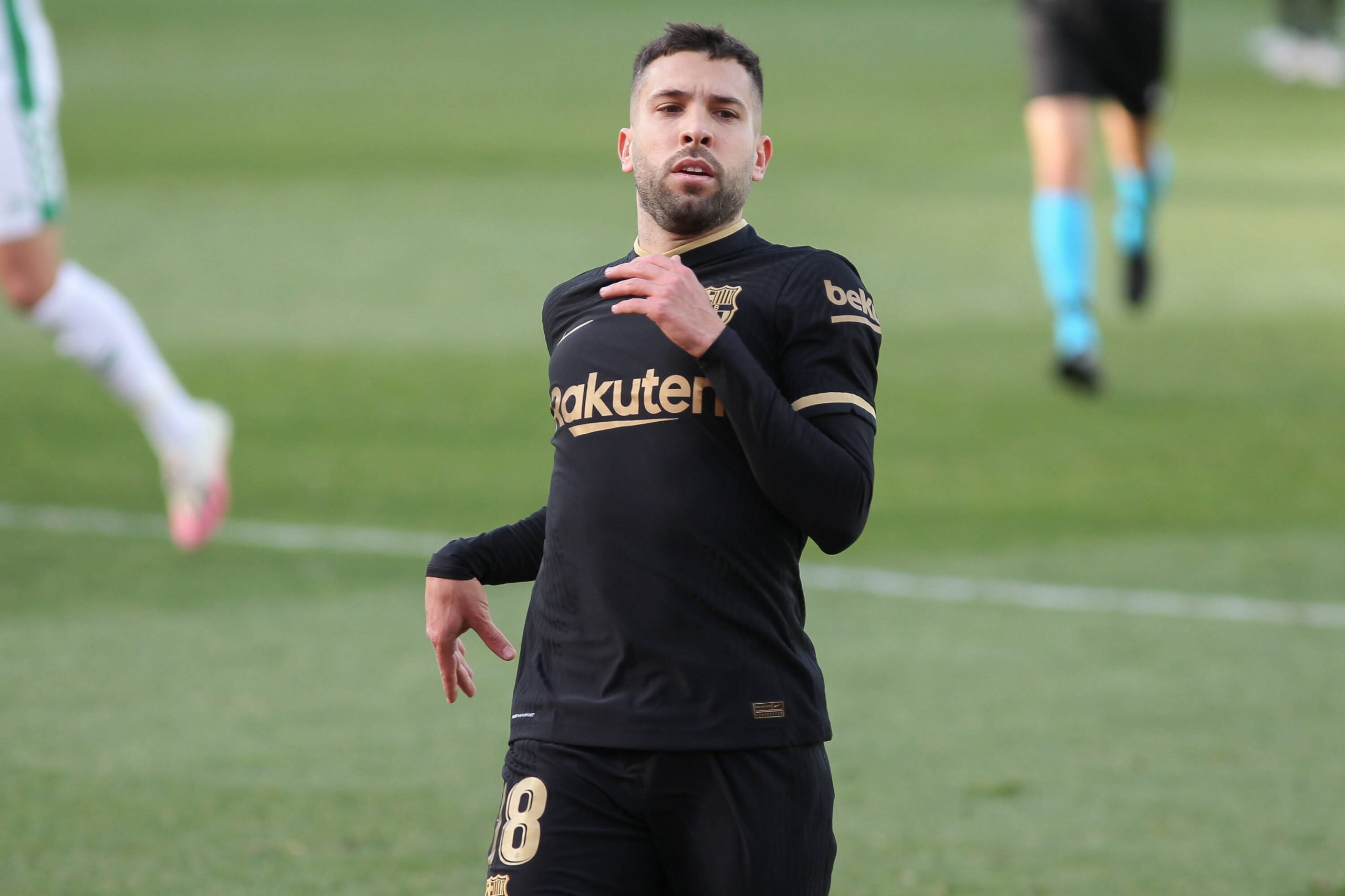 If there is one Barcelona player that successfully divides the fanbase into two spectra on the extreme ends, it is Jordi Alba. Hailed for his immense attacking output, but disastrous defensive prowess, Alba has been a mainstay in the Barcelona starting XI for nearly a decade now, since signing from Valencia in 2012.

Alba experienced his peak in the 2018/19 season, and was inarguably one of the best fullbacks globally, if not the best. However, he catastrophically ended the season, on the end of a Remontada from Liverpool. He was the subject of two errors in that game, and has not been the same since.

In a recent interview with El Dia Despues, and relayed by SPORT, Jordi Alba acknowledged that he is one of the most controversial figures in world football, saying, “I think I’m one of the most hated players in football, I’m certain of that.”

He continued on the same beat, saying, “It’s the way I play and it’s what has made me the player I am today and helped me reach this level.”

“It’s true my way of playing is annoying and I understand the hate people may feel if they don’t know me,” Alba said.

He also talked about other topics, like how the season has been faring for Barcelona: “Barça has signed young players and little by little we are playing better. The team’s sensations are great.”

Speaking about being 31 years old, and entering the last juncture of his career, Alba said, “I can still give a lot to Barça. That’s why I work with the same enthusiasm as when I was 20 years old. I hope I can be in the elite for many more years.”

READ: Barcelona have Valencia full-back on the radar to bring best out of Alba

He was bound to be asked about the disasters of yesteryears, in the Champions League, and how Barcelona have coped with them, to which he replied, “What we experienced in previous years was not normal. We cannot settle for so little. In recent years very important players have left and we know how difficult it is to recover the level, but we want to continue working and winning titles.”

The world is familiar with Alba’s poor relationship with Luis Enrique from their time together at Barcelona, which has successfully transitioned with the National Team. He was asked about not being selected.

“I really want to go to the National Team, but it is the coach’s decision. I hope to do the best possible with Barça. If I can go to the Eurocopa it would be great and if not I will be at home with the family,” he said.

On the pitch, Alba’s attacking ability is barely in doubt, and it is best seen in his connection to Lionel Messi. Asked about this, the Spaniard said, “It is not an aspect that we have worked on in training. I know that if I give him the ball he generates danger and goals. The rivals are getting to know us more and more, but I take the opportunity to distribute assists to other players.”

Consequentially, the topic of Messi’s contract was discussed, and Alba said, “We have not talked about his future. Leo Messi is a very humble person, who has helped me a lot and I am much better with him.”

He ended the interview with high praise for the six-time Ballon d’Or winner, saying, “I hope he can spend many more years playing for Barça because he will be the best for everyone, the spectators, La Liga, the club…he is a fundamental player for all the dressing room.”