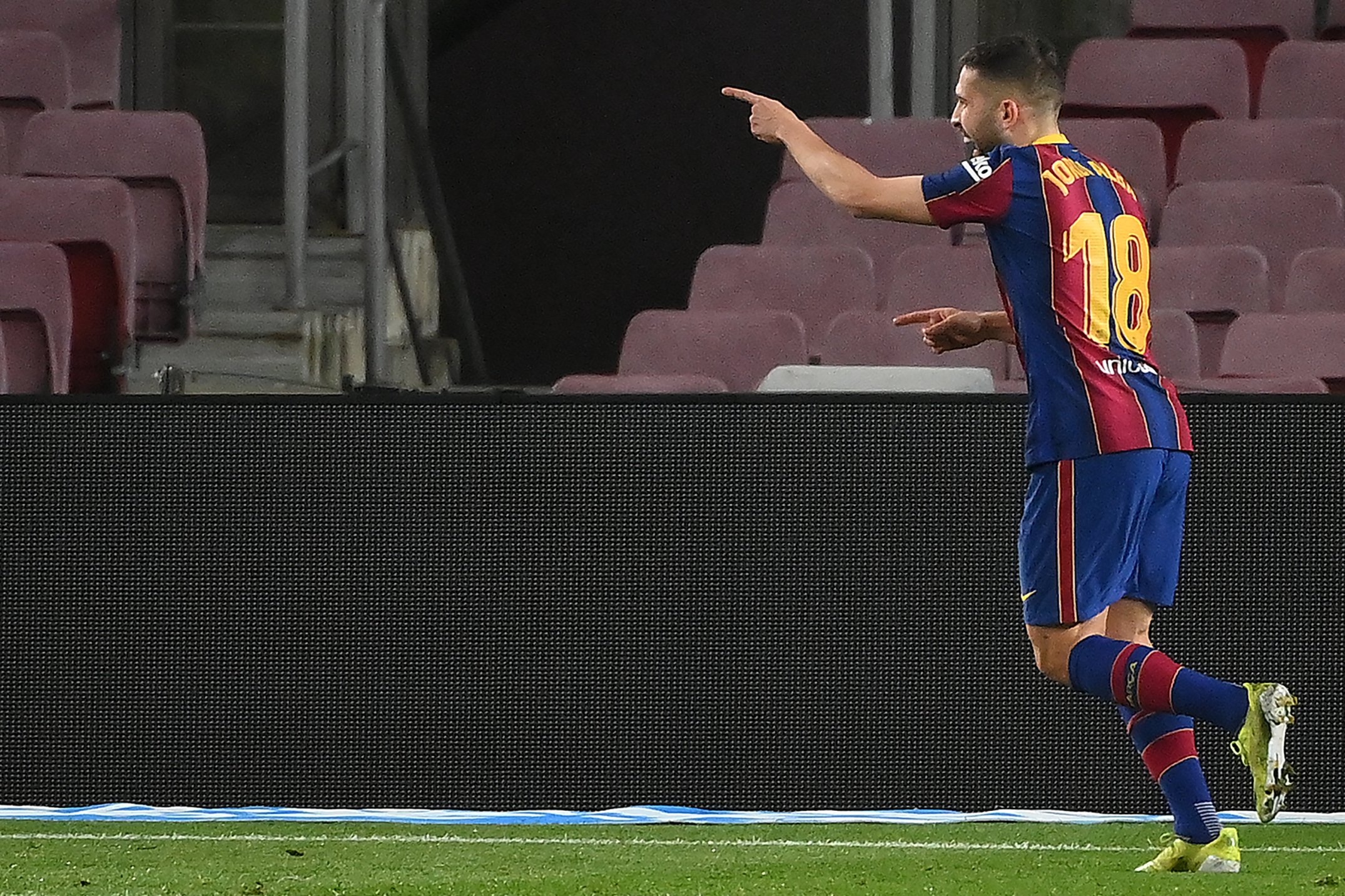 Following the comprehensive win against Elche, Jordi Alba said that Barcelona have to show unity throughout the rest of the season. The Catalans hosted relegation threatened Elche on Wednesday, in what was a crucial La Liga game for both sides.

Barcelona slipped further behind Atletico and Real Madrid after their draw to Cadiz at the weekend, which meant the game against Elche was a must win. The visitors, sitting in the relegation zone were also in dire need of points. It was the hosts however, who managed to get all three points.

In a 3-0 victory, Barcelona restricted their opponents to just one shot on target. Lionel Messi was magnificent as ever, scoring a brace to open up a two goal lead over Luis Suarez in the Pichichi race. Jordi Alba then scored the final goal and seemed satisfied with the result.

On the draw against Cadiz at the weekend: “The truth is that we want to fight for La Liga. The draw against Cádiz was a tough blow. If we are not at 100%, it’s difficult for us to win.”

On the performance against Elche: “Today it was difficult for us to find spaces in the first half, but in the second half the goals came. Right away we were able to score, and that led to more spaces and they opened up more.”

On his and Messi’s goals: “Leo’s two goals gave us a lot of peace of mind and then I was able to score the third.”

On the veterans’ role in the squad: “The energy is always there. As the coach said, the players who have been here the longest have to try to make the youngsters feel more comfortable.”

On the mindset for the rest of the season: “Now it’s time to keep improving and win more games.These are difficult moments, and we have to be more united than ever.”