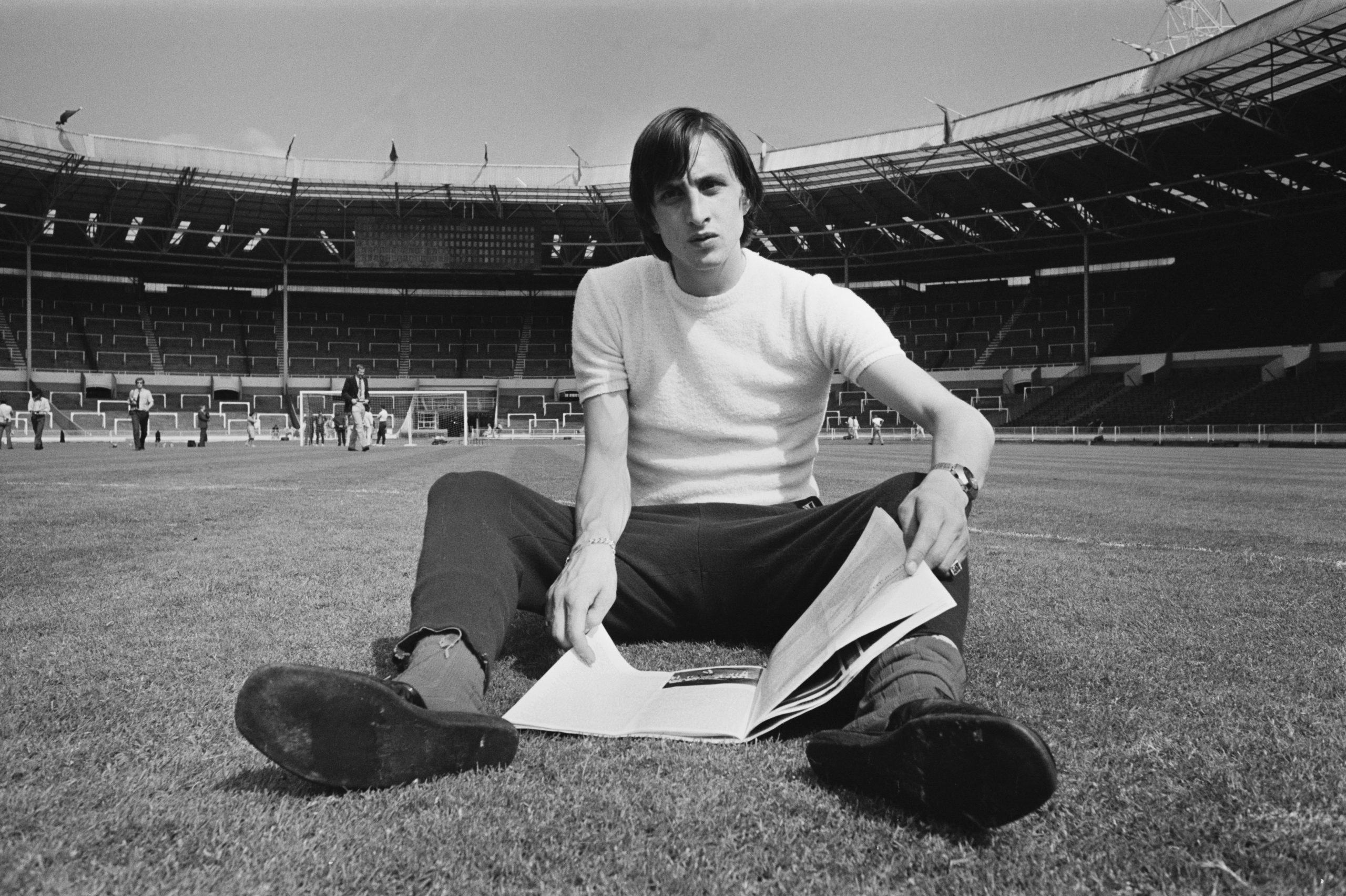 It is 18th May in the year 1960, as Alfredo Di Stefano slots a goal past Eintracht Frankfurt in the 71st minute as the score reads 7-3 in favour of Real Madrid. The gap between them and their rivals was more comprehensive than ever.

For Barcelona, this goal, scored by a player who was initially supposed to join them, was just the start of a downward spiral. As Madrid won their fifth European Cup in a row, Barcelona were in the process of falling apart. Following club legend, Lászlo Kubala’s retirement, the sale of their best player Luis Suarez and the debt they were in due to the construction of the new stadium, Barcelona felt things couldn’t get wickeder.

In the 14 years that followed, they did not win a single league title whereas Madrid continued their winning spree. There was discontent among the supporters, and the Culés had turned against their players. Once a super-power, Barcelona had fallen.

This divide between them and the best was both on the field and off-the-field. Whereas the rest of Europe was undergoing immense change and progress, Spain was still under the dictatorship of Francisco Franco. This feeling of stagnation was felt throughout Catalonia.

Amidst these circumstances, a messiah in the form of Johann Cruyff arrived at Barcelona. Before leaving, though, he made them the strongest club in the continent.

Johann Cruyff was born in Amsterdam, close to Ajax’s stadium. His father passed away when he was a child, which according to him instilled a sense that he would not be able to live past that age either – which was one of the reasons for his liberal and progressive attitude and how he very much lived on his own terms.

He grew up idolising Dutch winger Faas Wilkes whose influences on his style of play were apparent later on. Progressing through the Ajax youth ranks, he went on to win everything with the Dutch club in his senior career. This was epitomised by his performance against Juventus as he clinched the European Super Cup against Juventus.

For Barcelona, Cruyff was a superstar. The star player of Rinus Michels’ revolutionary Ajax side, he joined Barcelona in 1973, a year after Michels was appointed as manager. For Catalonia, all their hopes were resting on the then 26-year-old, yet nobody expected him to have the impact that he did. Under new management, Barcelona employed Michels’ cutting-edge ‘total football’ style. The total football philosophy is such that every player must be able to play anywhere on the pitch with attacking, possession-based football, with intense pressing the core of it.

In his first season, Barcelona won the Spanish League and went unbeaten which was an immense change from the Barcelona of a few years ago. This team was inspired by total football. They were extremely fluid, attacking, and played entertaining football.

On a more individual scale, Cruyff scored 24 goals in 38 appearances, won the Ballon D’Or as he led the Netherlands to the World Cup final and captained a Barcelona side which has finally found its feet and become a team that Catalonia was proud of.

Style of Play: The Cruyff Turn and More

It’s hard to pin down Cruyff positionally because of the nature of total football. In terms of starting positions, the Dutchman would start either as a number 9 or as an advanced playmaker in the attacking midfield. However, he would often move towards the wing to receive the ball and dribble at defenders, or drop into midfield to link the play. He was seen everywhere across the pitch and could be an asset to the team in each position.

Wherever he played, the Cruyff’s dribbling, awareness, and method stood out. The kind of technique you could see in most Dutch players from the time — playing with your head up, always scanning the pitch beforehand, and looking to progress with the ball up the slope. His dribbling was perpetually well-thought-out, and he had an eye for goal which made it easy for him to play higher up the pitch as well.

It’s only natural for active dribblers and creative players to make mistakes and lose possession when taking on players during the start of the match and gain momentum later on. Cruyff was incredibly confident, and would never miss an opportunity to show off his agility. Why would he not? For the majority of his life, he played on the streets, which was quite visible in his movement and measured bursts of pace as well as comfort in tight spaces.

The Cruyff Turn was a perfect example of the liberal and individual expressionism philosophies that were preached by the Ballon d’Or winner.

In the 1974 World Cup against Sweden, as Jan Olesen was looking to press him, Cruyff feinted a pass, followed by dragging it behind him and accelerating. The simplicity, yet efficiency of this has made it one of the most famous moves ever.

Based purely on ability alone, Cruyff was immaculate, boasting of the perfect first-touch, an inch-perfect pass, coupled with his excellent finishing made him a stand-out performer. To sum up Cruyff’s technique, we borrow the words of Dutch legend Marco van Basten.

“Johan is so technically perfect that even as a boy he stopped being interested in that aspect of the game. He could do everything when he was 20. That’s why he’s been very interested in tactics since he was very young. He sees football situations so clearly that he was always the one to decide how the game should be played.”

Johann Cruyff was a player who led by example. His larger-than-life personality, his style of play, his abilities all added up to make him a player who was an inspiration for his teammates. On the pitch, Cruyff was the most vital part in making total football work. He was always instructing his teammates, making sure the team is level-headed throughout, ensuring successful position switches.

Football is a game you play with your mind.

Undoubtedly, he was worshipped by the people of Barcelona, and reciprocated that adoration in many forms, including naming his son Jordi after the patriot saint of the Catalonia.

In 1975 during a match against Malaga, Johann Cruyff was shown a red card which was perceived to be unfair by the majority of the stadium as well as the Dutchman himself. Being the kind of person he is, he expressed his discontent strongly to the referee.

The fans took to the field to attack the referee after he sent off Johann Cruyff. (Photo by Central Press/Getty Images)

Franco’s police officers then came to escort him off the pitch. Reportedly, while leaving Cruyff took off his captain’s armband, the one emblazoned with the Catalan colours and kissed it while looking at the Camp Nou spectators. This story has been a symbol signifying the resistance of the Catalans against the woeful dictator to this day.

There is no greater medal than to be acclaimed for your style.

The Dutchman firmly believed that the physique and the mind work in unison for the body to perform at its peak. This was evident through his incredible intelligence on and off the pitch and the smart, fast football he played.

Cruyff was a sphinx in terms of his mindset and rather progressive for that day and age. So much so, that Rinus Michels hired two psychologists to understand him. His genius tactical understanding is quite apparent through his managerial career at Barcelona.

Maybe it was during the low point for the club at which he arrived, as a symbol and icon or maybe it was on 17th of February in 1974 during the 5-0 demolition of Real Madrid when he demonstrated the peak of his powers that Johann Cruyff became more than an icon and a huge personality; he became a leader, known not only for his style but as a representative of the club, of Catalonia, and of football.