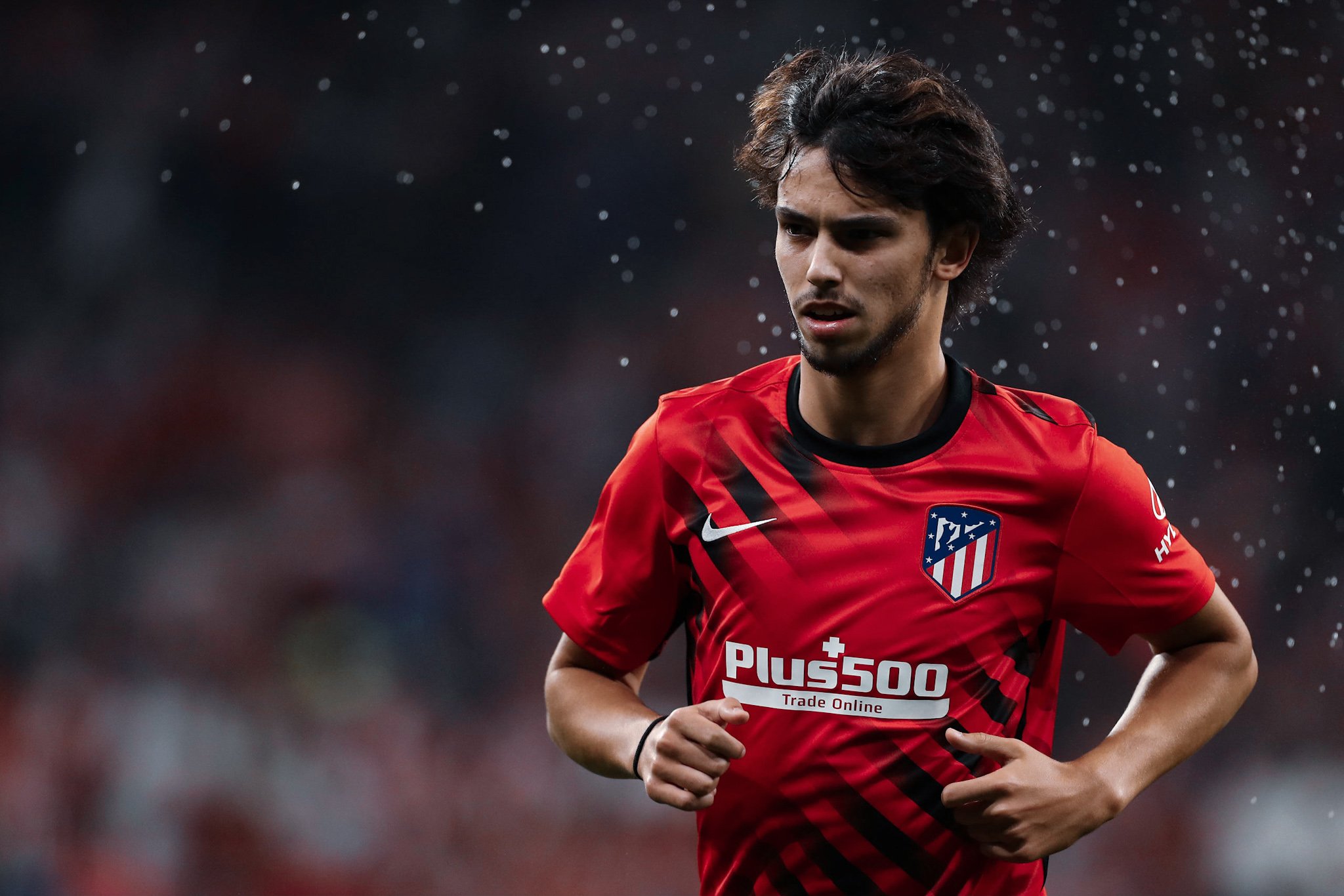 João Félix is on his way to become one of the next big things in the world of football, and is the safest bet for Barcelona to fill the void that Lionel Messi will leave behind, sooner or later.

The term ‘generational’ is overly used today by the footballing world, as we all strive to find that one-in-a-million player who will fill the void that will be left when the greats of our generation retire. Most, or in fact neither of these claimed ‘generational’ players are not the extraterrestrial geniuses we make them out to be.

However, the infamous saying, “The next generation will always surpass the previous generation. It’s one of the never-ending cycles in life”, comes to mind. Of course, there are exceptions to this situation, and we may not find the player to surpass or even compete with the likes of Lionel Messi, but all we can do for now, is try. We can try and place our faith in some of the most promising players of this generation.

Among the bunch of talented youngsters today, João Félix, is the most worthy of being bet on to help Barcelona fill the void that will form following Messi’s departure.

João Félix is an excellent footballer. He is great at dribbling, he’s capable of navigating through tight defences through fabulous close control. Moreover, his eye for a pass suggests that he may have a third eye. All this was on display when Atletico Madrid hosted Bayern Munich, in a game dominated by Félix.

Joao Felix is having fun out there? pic.twitter.com/62rmSEZCpE

On the pitch, Félix is capable of playing the number 10/SS role, playing out wide on the left-wing or as a centre-forward in a false 9 capacity. However, he is most destructive when deployed alongside or behind a proper no. 9, where he is allowed to play with the ball and dictate the game.

For Simeone’s Atletico Madrid, Félix plays on the left side, as a second striker/deep-lying-forward in a 4-4-2 system and is often partnered with Luis Suarez or Angel Correa.

While this is the line-up on paper for when Atletico is out of possession. With the ball, Felix often drops deeper to receive the ball. His fantastic vision helps him provide a killer through ball to the forwards ahead of him. Felix’s ability to efficiently operate in the half-space creates a link between the defence and the offence.

This style of play perfectly suits Barcelona, as it helps maintain possession in the midfield, therefore allowing the team to dominate. Pairing up Felix with a clinical striker who can make runs behind the defence would be lethal.

Félix sometimes drifts wide towards the left-wing, similar to what Messi does with the right-wing. This movement works in Barcelona’s favour due to Ansu Fati’s complementary style of play. While Fati is a left-winger, he possesses great striker instincts, which often drive him to move centrally. Fati moving into the centre while Félix drifts out wide can allow for some brilliant link-up play.

Speaking of link-up play, the Portuguese prodigy’s ability to make quick passes and link with other players is otherwordly. His technical ability allows him to control the ball beautifully and make all sorts of passes. Additionally, his intelligence aids his off-the-ball movements, and Félix often finds himself in dangerous positions. Here is a sequence demonstrating his link-up play and movement.

First, Félix excellently controls a lobbed pass from the right-back. He dribbles slightly into the center, finds Luis Suarez, and passes the ball to him using the outer edge of his leg.

He then scans the surroundings, and moves in to the centre where he can get a good shot at the goal, and where Suarez can return the ball to him with ease. Suarez, with one touch, sets up the ball perfectly for a shot.

Félix then shoots the ball towards the goal. Whle in this particular instance, the ball did not find itself at the back of the net, this type of link-up play will surely result in a goal or two during the course of the match.

Félix is a talent of the highest calibre and has everything in his arsenal to become a world-renowned player. Pairing him up with a pure striker like Erling Haaland — linked to Barcelona strongly recently — who is great at making off-the-ball runs and occupying defenders, will bring the best out of both players. A 4-2-3-1 system with, Felix as the Number 10, Haaland as the 9, and Fati and Ousmane Dembele on each wing could result in the deadliest attack in the world.

In a world where everybody is obsessed with numbers someonel like Felix whose contributions extend beyond statistics, are often criticized. Despite that, though, his numbers are spectacular.

Félix is outperforming his xnpG90 (Expected Non-Penalty Goals Per 90) by nearly 0.14. This is a testament to his brilliant finishing. Even in a Diego Simeone side, which relies on counter-attacking football, Félix is scoring a goal every other game. Additionally, the 21-year-old has an outstanding 2.78 successful dribbles per 90. This is proof of his phenomenal dribbling ability. He is able to take on defenders and weave his way through low-blocks.

Moreover, Félix averages 1.74 key passes per 90, which is an excellent feat, and it stands as evidence to his playmaking and passing.

Here is how Félix compares to players in the league, with a similar profile.

As the chart shows, Félix is outperforming Antoine Griezmann, who has been deployed in a number of roles at Barcelona, with more successful dribbles per 90, more passes into the box per 90, more non-penalty goals per 90 and has a higher dribble success rate.

Griezmann moved from Atletico Madrid to Barcelona for a fee of 120 million euros, which paved the way for Félix to move to Atletico. While Félix still hasn’t reached the peaks that the World Cup winner reached at Atletico, he is proving to be an excellent investment. Griezmann on the other hand, at 29 years old, has not found his footing at Barcelona. Not yet at least.

Martin Ødegaard, Real Madrid’s Norweigian prodigy, has been touted to accomplish great things. After spending the 19/20 season at loan at Real Sociedad, Madrid recalled Ødegaard in hopes of rejuvenating the midfield. At 21, as old as Félix, he’s being heavily outperformed by the Portuguese, with Félix dominating in every category except for Aerial Win%, Dribble Success% and Turnovers Per 90.

Spanish attacking-midfielder Mikel Oyarzabal is one of the best players in the league. The 23-year-old, along with Ødegaard, helped Sociedad finish 6th in La Liga in the 19/20 season. Currently, the Basque side sit first on the La Liga table.

Oyarzabal is a creative player, and one of the best in the league, who dominates the game with his passing, movement and vision. Yet, Felix is outperforming the Spaniard in every category except for Touches in the Box per 90, Succesful Pressures per 90 and Turnovers per 90.

Now finally, we see how Félix compares against the greatest player of all time, and the one he should be brought in to replace. Messi is enduring the worst season of his otherwise illustrious career. The Argentine was closer than ever to a Camp Nou exit in the summer, after a trophyless season and a war with the management.

While Messi is winning in most categories in spite of it being his poorest season, Félix is still scoring more non-penalty goals per 90 than La Pulga. Even though it’s his worst season ever, Messi is still Messi, and the fact that Félix can compete with him, at least on a statistical level, gives hope that one day, he might be able to carry the Argentine’s mantle at Barcelona.

Félix was purchased by Atletico Madrid in the summer of 2019 for €125 million, making him the fourth most expensive player in history. Getting Félix’s signature will not be easy for several reasons. He has a contract with Atletico till 2026, which puts the Madrid club in a position of power when it comes to negotiations.

Félix is a superstar in the making, and Barcelona will regret if they miss out on his signature. (Photo by GABRIEL BOUYS

Every club in the world will most likely fight for the wonderkid’s signature, so convincing him with a good project will be key. As of now, a project at Barcelona is non-existent, at least till the new board is elected. Additionally, the Catalan club is in financial hot water with monumental debt. Replacing Lionel Messi is going to be the hardest task in the history of football, but talents like Félix, give us, and Barcelona hope that it can be done.