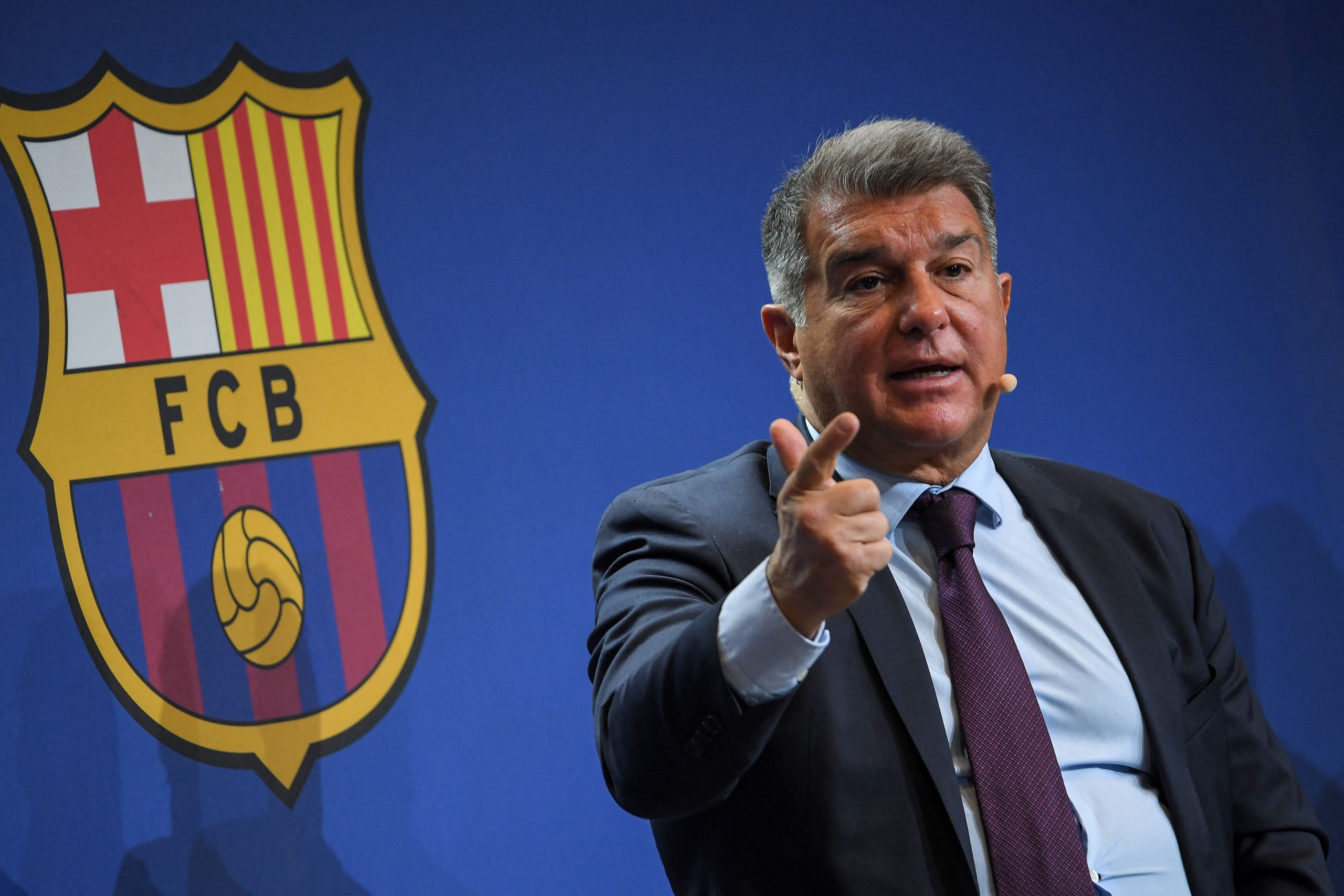 Joan Laporta has given a host of insights surrounding Barcelona”s stance on multiple issues across the board during a recent interview with RAC1 (h/t Sport).

The Barcelona President revealed the club’s position on the ESL debate while offering updates on Ronald Araujo, Gavi and Sergi Roberto’s contract situation, along with the pursuit of new players in the summer transfer window.

Laporta started the interview with his take on Lionel Messi’s potential return to Camp Nou. The club president shockingly ruled out the possibility of the Argentine’s return, dismissing reports from earlier in the month.

“I have not received any message from Leo or his entourage in this direction. At this time, we are not considering his return. We are building a young team that is starting to work. Leo is Leo, he is the best player in the world, but we do not contemplate his return,” he said.

Followed by the Messi bombshell, Laporta went on to talk about the European Super League. He revealed his relationship with Florentino Perez, confirming the fact that Barcelona are working with Real Madrid on the issue.

“I have a cordial relationship with Florentino; now I see him more for the Super League issue. The project is in court, but it is evolving. It will be open, and it will have a very attractive competition format.”

“A Champions League could come out improved. I think we will end up with a dialogue with UEFA; I want to do it that way. We cannot allow clubs like Barça, Madrid or Juventus to have a hard time competing because there are clubs that break the rules,” he said.

Laporta appears intent on working with UEFA on the issue rather than alienating the governing body, thereby risking sanctions and suspensions from UEFA accredited competitions.

Moving on, the Barcelona President offered updates on contract situations surrounding some of the star players in the team.

Speaking about Gavi and Ronald Araujo, he said: “They are going well. For us they are very important and they want to continue. We will reach an agreement.”

Laporta’s update could serve as a massive boost for Barcelona, especially with Gavi lately emerging as a target for Liverpool. Araujo has his fair share of suitors as well, so the Catalans are trying everything they can to extend the contracts of these two La Masia graduates.

While Gavi and Araujo might stay, the same cannot be said for Sergi Roberto, according to Joan Laporta.

“He had the opportunity to renew at the beginning of this season when several players lowered their salary. I didn’t understand why he didn’t accept. The moment was then. Now we are changing the squad, we want to improve it. Sergi Roberto is coming from injury; he’s not ready to play,” said the Barça President, effectively ruling out a potential extension.

Joan Laporta was also asked to comment on Barcelona’s potential new signings in the summer. He offered his thoughts on some of the linked players as well, including Robert Lewandowski, who has reportedly agreed personal terms with the club.

Talking about Salah and Lewandowski, Laporta said: “They are great players. All the good footballers want to come to Barça. I won’t need any of this. I don’t want to make it difficult.”

“We have two closed signings. It could be a center back and a midfielder, yes. Raphina, on the other hand, is a great player. We have good reports of him. Deco (his agent) has his work and gives us details so that we don’t make mistakes. And in some cases it has helped us a lot,” he added.

Finally, Laporta spoke on the Financial Fair Play matter, in light of La Liga reducing their spending limit to a negative figure earlier this month. He also confirmed talks with CVC, which could greatly help the club mitigate the crisis.

“All the levers we have to solve the club’s economy solve it. We are awaiting LaLiga’s criteria, which is sometimes very restrictive. This year’s accounts may be closed, and, for this reason, I understand that we should have fair play.

“There are talks with CVC; the initial proposal is being modified. We are working with other structures as well. It has to be signed before June 30. With Barça Studios, we are making assessments, we are working on it”.