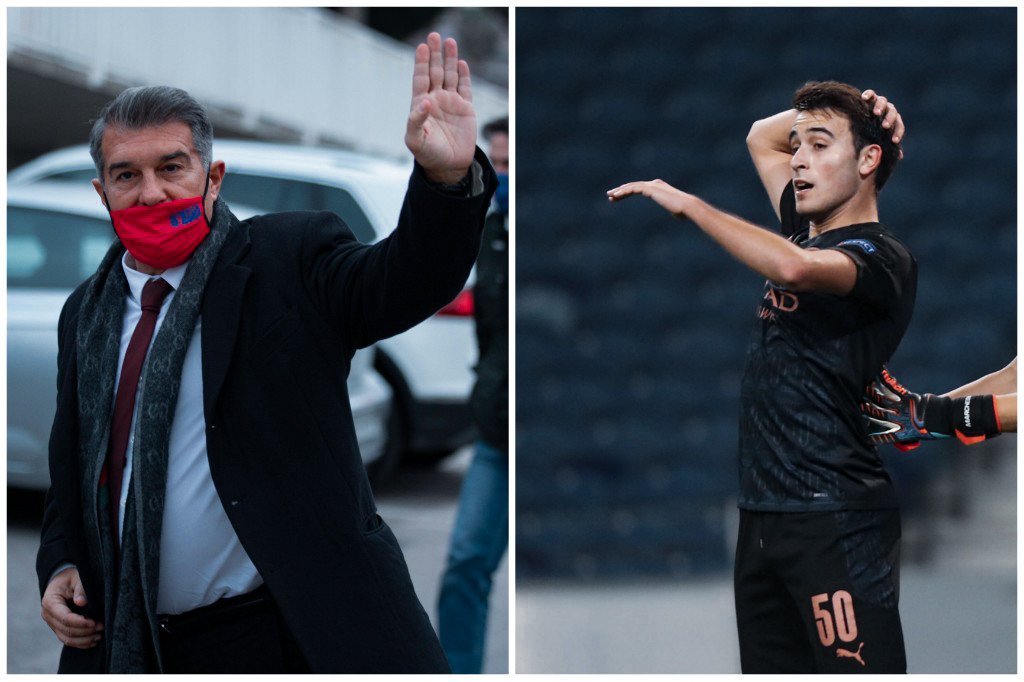 Former Barcelona president Joan Laporta kept his stance strong when questioned about Eric Garcia’s potential signing this January. With the transfer window nearing the closing date, Laporta still believes there is no reason to sign the defender immediately.

Barcelona have been linked to the former La Masia center-back playing for Manchester City for quite a while now. Last summer there was plenty of back and forth as Barcelona tried to sign him, but Manchester City remained firm on their asking price of around 20 million euros. There has been plenty of debate among the three presidential candidates and interim president Carles Tusquets about the signing. But it is almost impossible to bring Garcia to the Camp Nou right now.

Victor Font is someone who believes that Garcia’s signing could be vital in Barcelona’s pursuit for silverware this season. Laporta however, believes that there is no need for haste. He does not want any decisions before a new president is elected. In their latest press conference Laporta and his campaign’s economic manager Jaume Giro presented an overview of the club’s precarious financial position.

Speaking of the mail voting procedure, Laporta said: “We think they are the most important elections in the history of the club and that is why voting by mail must be very well organized. We have asked the Manager to inform us in detail about the entire postal vote process. The club is in a situation of maximum economic difficulty and requires urgent solutions.”

Jaume Giro also clarified their plans to alleviate the crisis Barcelona are in: “The debt is worrying, with figures that are impressive. We are convinced that with prudent and rigorous management we can reverse this situation. With the debt, it will be necessary to sit down with the banks and explain the situation to negotiate a refinancing with transparency and extend the payment schedule.”

Giro also stated that the situation has been adversely affected by COVID, but it has not caused the crisis: “It is not true that the delicate situation we are experiencing comes from the pandemic. If we analyze the rest of the clubs we will see that the results are different and the net profit is maintained. It is evident that Covid has aggravated the situation, but it has not generated it.”