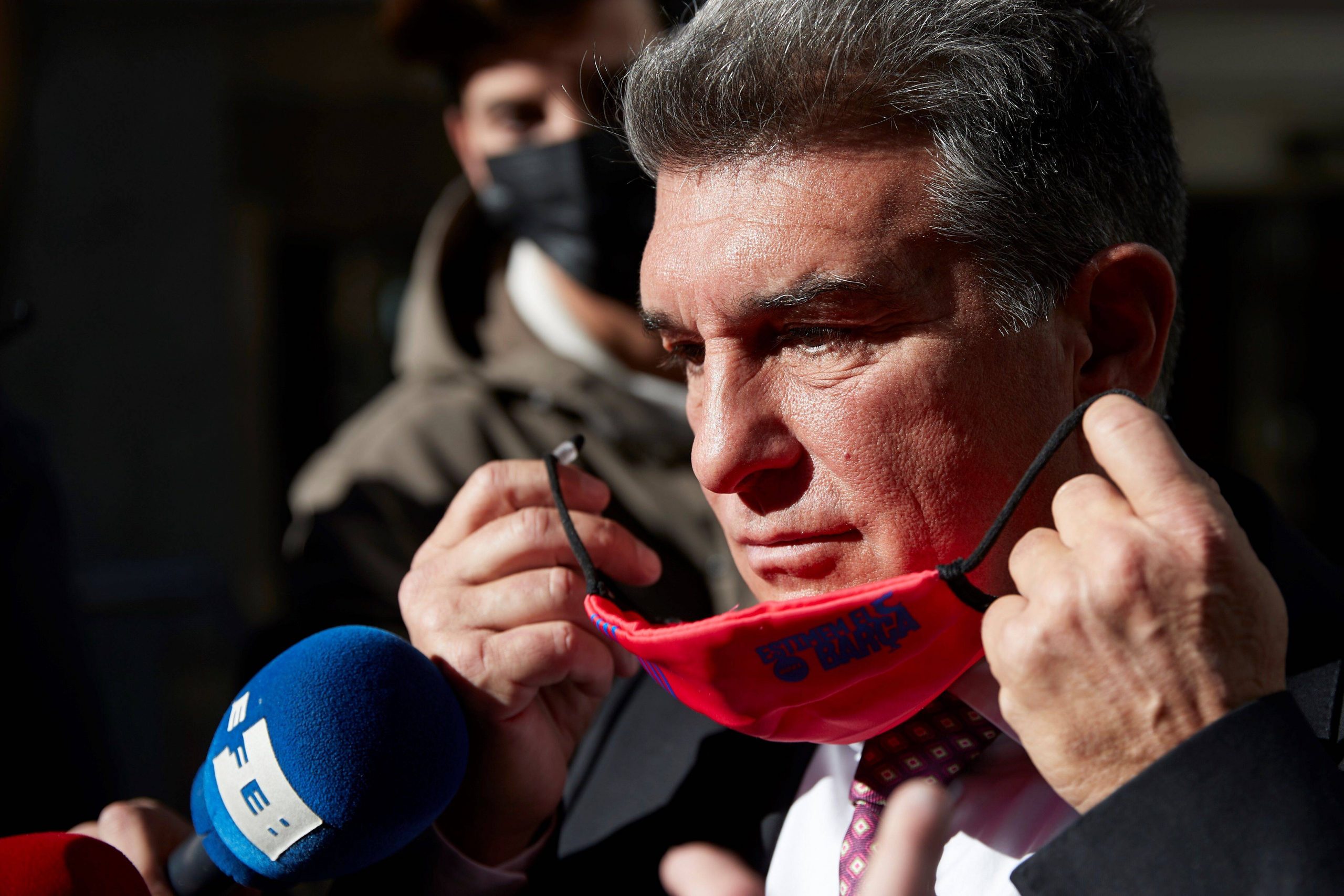 Barcelona are in for a rollercoaster of a March, a month that could possibly decide the fate of the season and the next few years of the club. Victor Font and Tony Freixa are set to take on the grandmaster Joan Laporta in the race to become Barcelona president for the next six years.

The former president of the club is the front-runner for another shot at the presidency, a tenure that closely replicates his time at the helm in the 2000s. With the club in decline, he is the only one with the experience, intelligence, and player-pull power to steer the ship to safety and beyond. In an interview with Catalunya Radio, as relayed by SPORT, Laporta listed the three best decisions he made during his tenure.

“Keeping Rijkaard despite the tense entourage at the time, keeping Leo Messi after a discussion with Jorge Messi in 2006, and putting Pep Guardiola as manager,” Laporta said. He also talked about how the legendary late Johann Cruyff was offered the position as the manager in case Frank Rijkaard was to be relieved of his duties in 2006, but the Dutchman’s wife, Danny, was key to him turning down the proposal.

All three things Laporta lists eventually led to immense success for Barcelona. Rijkaard led the club to their first Champions League victory since 1992, while Pep Guardiola lifted two Champions Leagues, including the sextuple. As of Lionel Messi, his legacy in world football remains unparalleled, and a lot of it boils down to Joan Laporta.

The onus is now on Laporta to convince Messi to not leave the club during yet another difficult time as Barcelona continue to go down the path of embarrassment. However, a chance to work with Laporta again, as the leading light of his project, might be the only thing that keeps the Argentine genius at the club.

As it stands, though, while Laporta’s appointment is all but official, the elections are still over a fortnight away, and all three candidates are hell-bent on finding loopholes in each other’s plans that might serve as leeway for themselves.