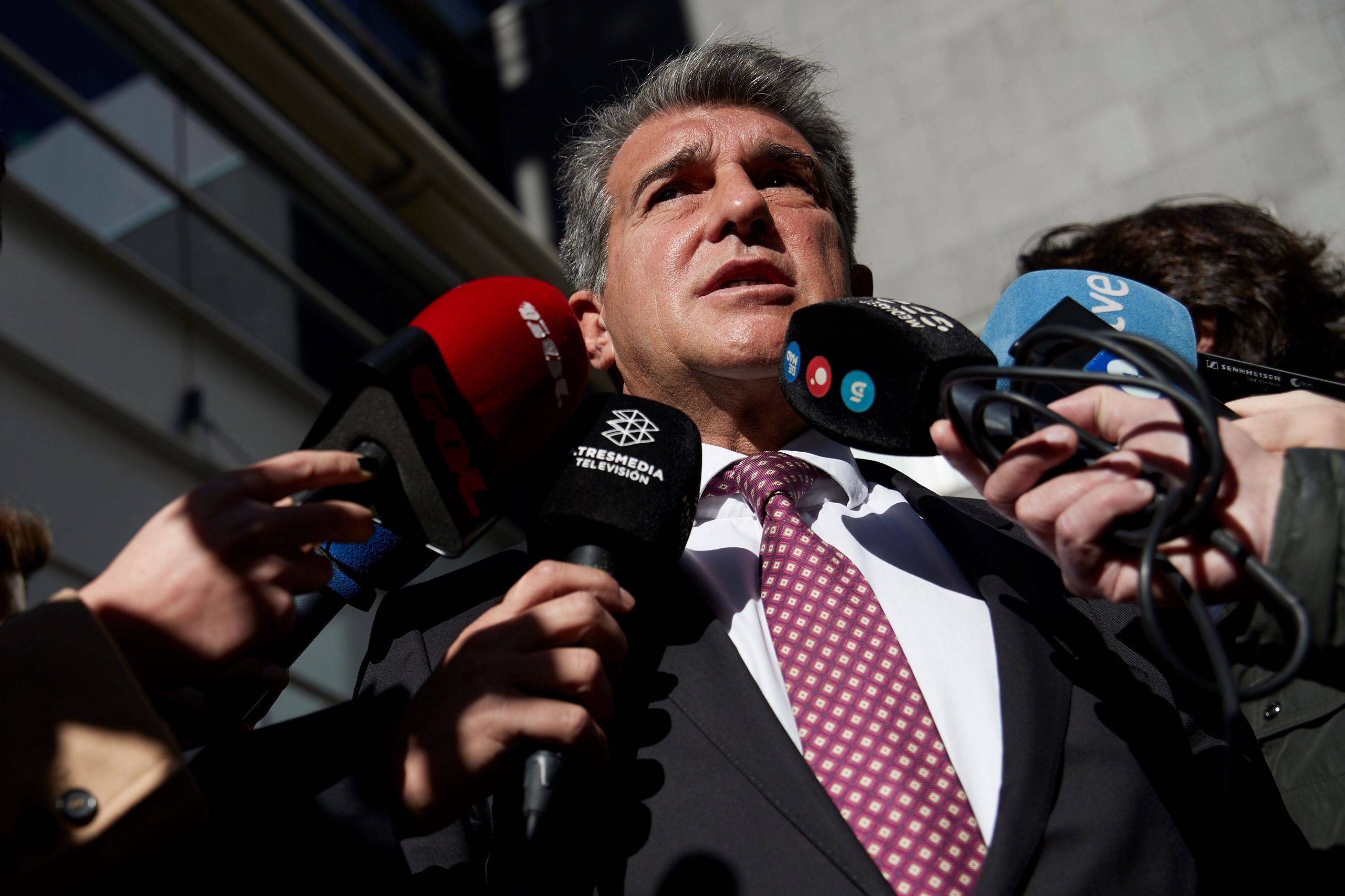 The changing of the guard in world football is very real, and it is happening a lot faster than anyone could have imagined or hoped for. At the ages of 33 and 36, respectively, Lionel Messi and Cristiano Ronaldo may not have a lot to prove at this stage of their career, but they are certainly at the final juncture. The two players touted to replace them are Erling Haaland and Kylian Mbappe.

While the latter has been aggressively linked to Real Madrid, Haaland may have a future at Barcelona, especially if and when Joan Laporta is elected as president of the club next month. His good relationship with agent Mino Raiola has been highlighted in the past, and he did not miss out on speaking about the player when asked directly.

While talking about his project in a press conference, Laporta was asked about the possibility of signing Haaland from Borussia Dortmund. While he has stayed away from talking about possible transfers and revealing names in the past, his answer was more clear this time: “If we have to improve the team, I have the cards, and I’m ready to play them.”

The cards here may be in reference to the understanding he shares with Raiola, and how he helped the Italian reach such unheard heights in the profession. Or they could be about Laporta’s economical plans for the club. Either way, it can work in favour of Barcelona as Haaland has a €75 million release clause that kicks in the summer of 2022.

If funds can be arranged, signing him this year will not be a huge hassle either, given Dortmund’s position in the Bundesliga. As it stands, they sit sixth, level on points with Borussia Monchengladbach. Falling out of the top six might force them to let go of some superstars to match the UCL revenue. Some of these players may include Jadon Sancho, Giovanni Reyna, Jude Bellingham, Julian Brandt, and of course, Erling Haaland.