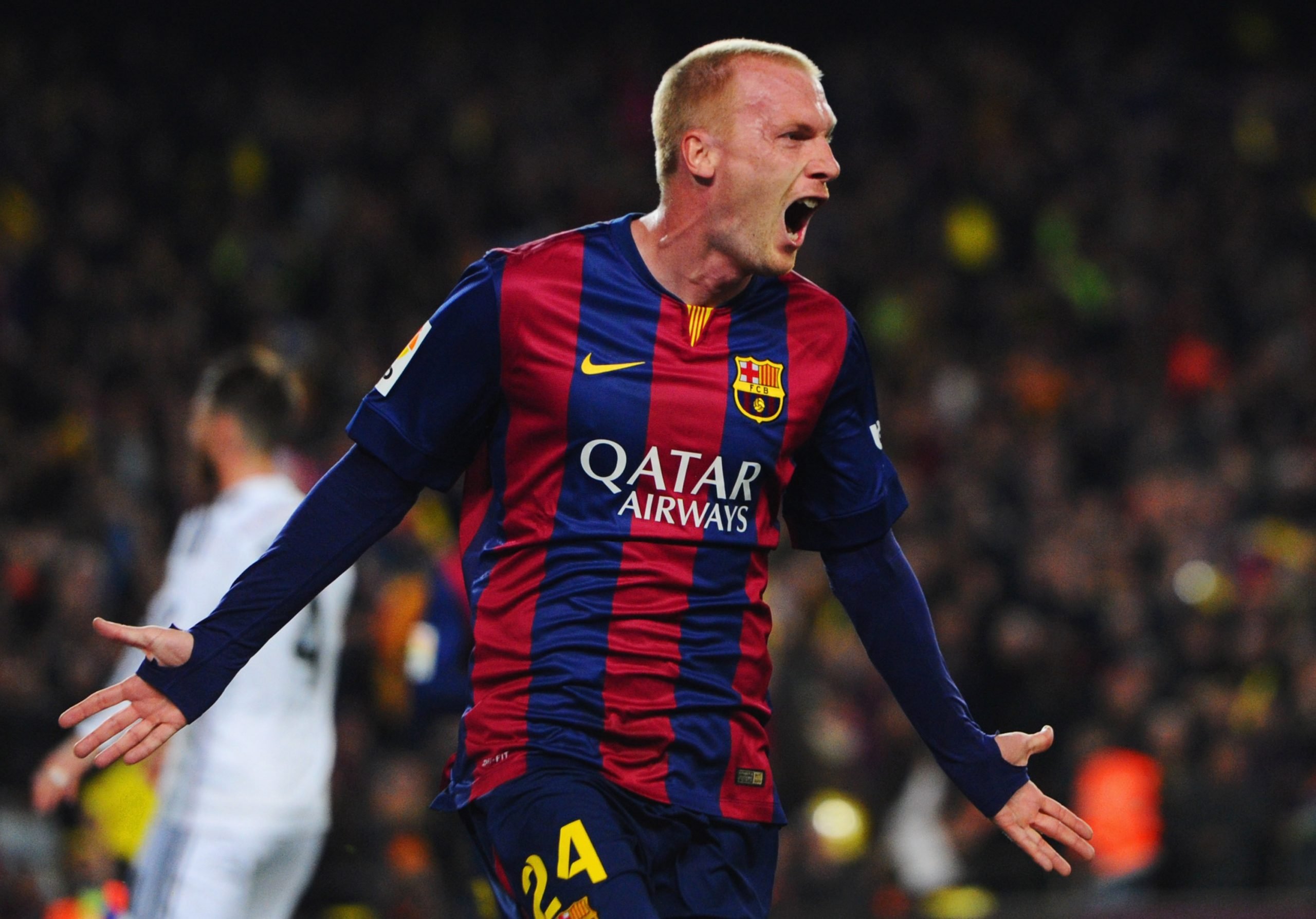 Four of those 21 goals came against Barcelona’s fiercest rivals Real Madrid. The first El Clasico between the two ended 3-1 in favour of Madrid in November, but when the sides met again, Luis Suarez’s winner was enough to see the game through. However, the first goal was scored by a certain Jeremy Mathieu – a glancing header off of a Lionel Messi free-kick.

Speaking to Rac1, as relayed by Marca, Mathieu throws it back to his time with the Blaugranas, not speaking fondly about several things. The Frenchman was with the club for three seasons, and claims the third one was very troublesome: “I had a very bad time during my last year at Barça. I had the feeling that the defeat in Turin was my fault, but I don’t understand why they constantly blamed me, in football you play with 11 players.”

Mathieu feels like he was made out to be a scapegoat often, not just by fans but by his teammates, and was left feeling alone, “I felt alone in the locker room, no one supported me, and for me, this is not football.”

Following on this, he is asked about Clement Lenglet, who is going through a very rough patch right now, to which he replies, “Right now Lenglet is getting a lot of criticism. He has to try to be positive and reverse the situation.”

Barcelona manager at the time, Luis Enrique, was hailed as a great man-manager, courtesy of his ability to get the best out of his players. Mathieu, however, feels otherwise: “I never spoke to Luis Enrique, he only spoke to the important players. “I didn’t talk to Enrique all year long. At Sporting, they gave me encouragement. But in Barcelona, nothing. For example, the match against Málaga in which I made a mistake, he didn’t say anything to me the next day. Nothing, no single word.”

Barcelona has had several great French players at the club, followed on and following Mathieu at the club. One of which is World Cup winner Antoine Griezmann, facing a tough life at the club. The former Sporting FC man feels that Griezmann made the incorrect decision joining Barça: “Griezmann is not at the level he had at Atlético Madrid. Personally, I think he was wrong to sign for Barça. At Atlético, he was a very important piece, and I don’t know if he is in Barcelona.”

Samuel Umtiti is third in list of Frenchmen having a hard time at the Catalan capital. Umtiti’s injuries have not been kind on him, and have acted as a catalyst to revoke all trust he had built among fans and coaches at Barcelona. According to Mathieu, “When you come out of an injury it’s hard to go back to 100% and I think that’s what happened to him. He’s a world champion, he’s been a very big player, but he’s far from his best. He has to work harder, he also has to work mentally.”

Finally, the 37-year-old retired defender commented on the lack of leadership at Barcelona, even though there have been eight different players who have worn the captain’s armband this season. Mathieu feels like the club lacks a figure like Xavi: “In Barcelona it was Xavi who would talk to you in case you made a mistake and tell you that nothing happened and you will do better next time. This is what is missing in Barcelona’s dressing room.”