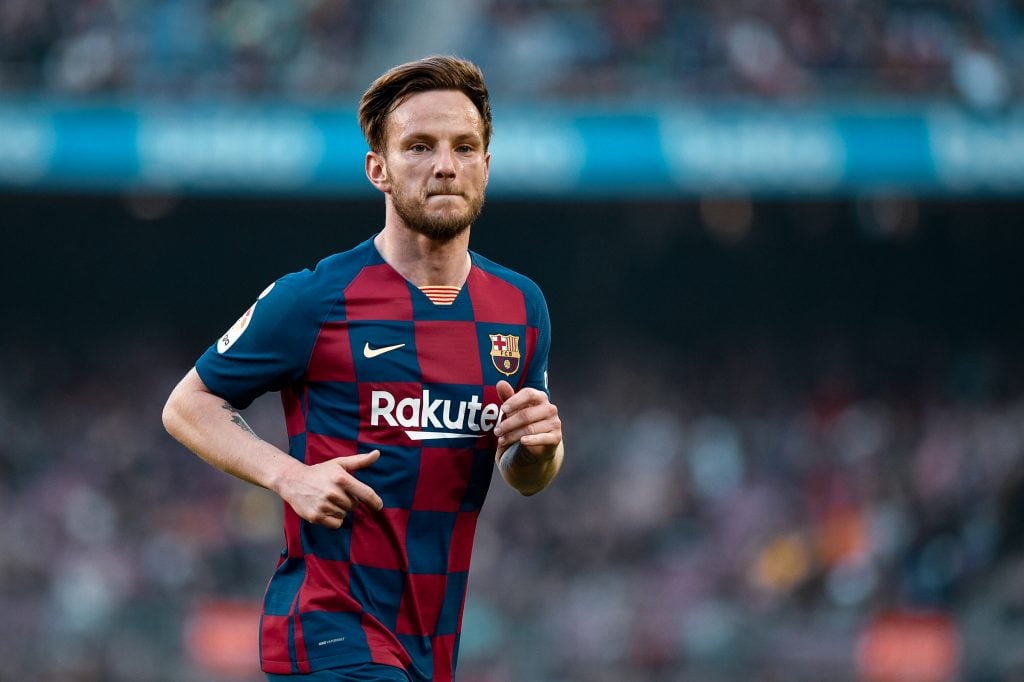 Iván Rakitić has spent nearly six years at the club and has been regarded as one of the most sensible signings from Barcelona as of late, but it may soon be time to say goodbye. Lately the Croat has been a mere shadow of his former self with him failing to deal with the rising expectations at the club. Has the time to bid him farewell finally arrived?

Iván’s story at Barça began with him winning the fans’ approval almost immediately. The long haired Croatian wasn’t perceived as a mega signing, but was absolutely crucial in Lucho’s treble winning season. There was a great deal of optimism surrounding him as he seamlessly made Xavi’s last season at Barça look less painful. The number 4 displayed exquisite intelligence, speed of thought and to the surprise of everyone, his lack of Barça DNA never stopped him from being an influential figure in midfield. Having had his moments to shine with Luis Enrique, the former Sevilla man then enjoyed his second best season in Valverde’s first campaign in charge. He performed significantly well in a defensive role, even catered to the coach’s requirements by adjusting to an unfamiliar 4–4–2 formation. Ultimately, by the end of the campaign, he proved to be one of the leading players alongside Leo, Ter Stegen and Busquets. Rakitić’s ability to control the tempo of the game, act as a tireless workhorse and read his surroundings so maturely earned him a lot of praise, which to this day, establishes him as a considerable servant to the club.

❛ Rakitić is one of the best signings Barca have made in their history.” “Every day he gets better, he knows how to adapt to what the team needs, and in every moment he lives a footballing maturity that is extraordinary ❜

Woefully, that status of irreplaceable slowly turned to dispensable as he has been nothing but a shadow of his former self lately. It’s actually soul crushing to see him degrade so much ever since the previous World Cup ended, where he helped Croatia land a spot in the finals. Instead of those amazing outside the box goals or clever passes, spectators now get to see him lose possession in the most meaningless way possible. Apply some pressure on him and he’ll freeze as if a gun has been pointed on his head. He’s futile on the field and painfully unproductive in the center of the park. Rakitić, in his early years at Barcelona, was known to transition the ball with pace, though lately, he’s constantly been a victim of his pragmatic approaches and has often been the subject of criticism for prioritizing meaningless sideway passss that minimally contribute to the build-up.

❛ I ask for some respect. I’m not a sack of potatoes ❜

What’s more is that he doesn’t understand why certain fans or people in the board want him to leave. He isn’t a sack of potatoes and nor does he deserve such pathetic treatment from the media, but at least he must realise that his time at Barça has come to an end. There have been very few instances where Raki has performed in this current term. Partner him with the likes of De Jong and watch the Dutchman overshadow him in every facet of the game.

Iván Rakitić was vital in the 2014/15 treble-winning season, even scoring in the final to Juventus | Photo by Imago

This summer, or whenever the upcoming transfer window opens, Barça must make the initiative of selling Rakitić as such a move will prove to be highly advantageous in the long term. Possessing the tag of experience and a big game player like Iván is certainly something one can’t take for granted, though, Barcelona has invariably been known for its trust in the youth and ability to provide youngsters like Riqui and Aleñá opportunities when they have done their absolute best to earn them. With the former Sevilla man taking a hefty spot in the squad, there is nothing but strain on the wage bill. His departure will not only help the club earn some much needed cash, but the spot he once owned will be vacant, allowing the prodigious midfielders of Barça to receive play time on a more consistent basis.

The prime of Iván Rakitić at Barcelona will forever be cherished but, unfortunately, those years are long gone and the goodbye may be approaching. It’s time the two parties finally go their separate ways and the board invests in youngsters, who should be aching to receive a first team spot by now.