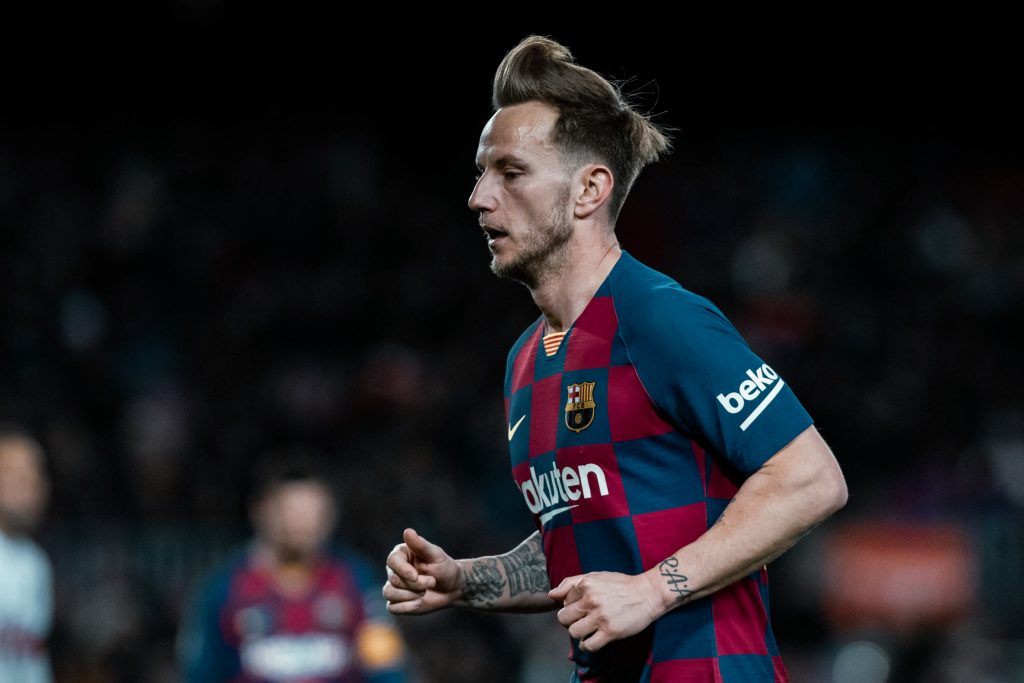 It only took three games into the restart for Barcelona to falter in the title race. Dropping points against Sevilla in what seemed to be a dull outing has now put Real Madrid in the pole position. Amidst the disappointment, there is one thing that the fans for once agree with: the stepping up of Iván Rakitić at the right time.

Iván Rakitić is amongst the most controversial players playing for Barcelona at the moment. His actions and choice of words about the club have put him far from the fans’ good books. Poor performances, lack of commitment and an evident sign of disinterest saw him edging closer to the door. Even before the restart, the only conversation that Rakitić would come up in is related to leaving the club.

Suddenly, fortune seems to have struck the Croatian at the right time. Injuries in the midfield department have helped him get a chance to regain the fans’ confidence. He played 45 minutes of the first match at Mallorca, a full 90 minutes against Leganés, and 87 minutes versus Sevilla. Even if a secluded bunch of people may disagree, he has been one of the best performers for the blaugranas on Friday.

Clearly, he was one of the most influential players on the pitch. In terms of touches in the attacking third, he made the third most by any footballer on the pitch. Only Lionel Messi, with 62, and Nélson Semedo, with 42, were more involved in the final third. Furthermore, Rakitić also pulled a shift defensively. With a 100% tackle success rate, and a 52.6% success rate in pressing, he was also instrumental in winning possession back.

The numbers speak for themselves. There is no denying that Barça had a subpar evening against Julen Lopetegui’s men. However, credit must be given where it’s due, to Rakitić, for stepping up and pitching in a well-rounded performance. His improvement comes at the right time with the Catalans losing Frenkie de Jong to a calf injury. With the Dutchman’s return date unspecified, nothing could do a bigger favour to Quique Setién than having his senior player rising to the occasion.

Indeed, there is a discrepancy over Rakitić’s future, and the likelihood of him leaving at the end of the season is high. Nevertheless, the azulgranas aren’t in a comfortable position to neglect the Croat’s services. The stalemate with Sevilla means that their rivals Real Madrid will have their fate in their own hands. A win against Real Sociedad this evening would put Los Blancos at the top of the table. With the head-to-head going in their favour, it would mean that, from hereon, anything short of a win is useless.

Losing De Jong at such a crucial period is something unprecedented. There is no time for Quique Setién to loom over the loss of his best performing midfielder, as the games keep coming rapidly. He has to trust the available players, and Rakitić’s performances in the recent games are reassuring. He will probably get more starts from now on. And if he manages to rediscover the form that made him one of the best in his role, then they might miss De Jong a little lesser.

Notwithstanding Rakitić’s recent decent patch, it’s quite understandable if the fans consider him unreliable. The last two seasons saw an exponential decline in Iván’s form. He was lethargic, made the midfield static, and brought almost nothing in terms of creativity. His presence in the midfield only reduced the pace of Barça’s passing. At one point, the opposition even considered the number 4 as the vulnerable point to exploit. Finally, after several games of observation, the fans began to lose faith in him.

But now, even though the slate isn’t entirely wiped, there’s a need to trust him. At his best, Rakitić can give a different dimension of physical and technical service. His tirelessness and continual shift throughout the pitch makes him an asset to behold. The fans shouldn’t forget how excellent he was in his prime.

“For me, Rakitić is one of the most underrated players in the world. He is a fantastic player at every level. He does a massive defensive work on the right side to compensate for Messi. He runs miles. In ball possession, he is fantastic. He is simple but extremely effective”

It will be interesting to see if Rakitić can win back the fans’ trust. Either way, should he manage to prove everyone wrong, it would only benefit the club. The upcoming fixtures will allow him to reignite his Barcelona career, by stepping up exactly when the team needs him the most. We have already seen Arturo Vidal silence the critics who questioned his tactical profile. It is now in Iván Rakitić’s hands to do the same. The ball is in his court.