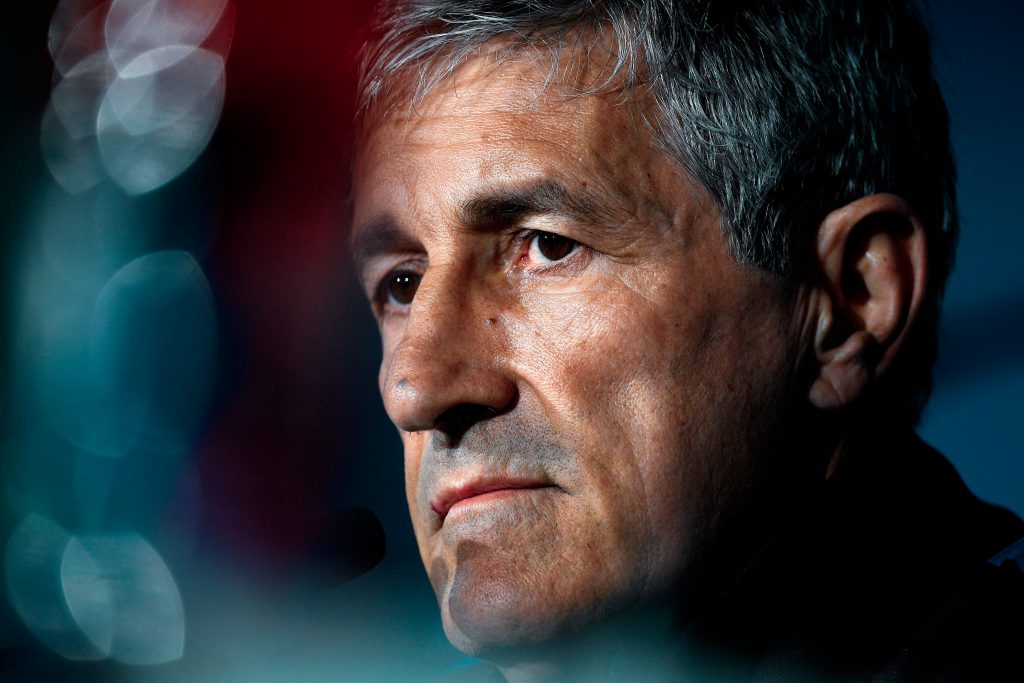 Recently, Lionel Messi said that the current performances from Barça aren’t convincing enough to win the Champions League, to which manager Quique Setién disagreed. Is winning the European trophy a realistic objective for this season?

In a recent interview to Sport, Barcelona captain Lionel Messi stated: “I never doubted the squad we have and I have no doubt that we can win all that remains, but not by playing in the way we were playing. Now, everyone has their opinion and they are all very respectable. Mine is based on the fact that I was lucky to play in the Champions League every year and I know that it is not possible to win it by playing as we have been playing”.

Firstly, one can deem this as a minor misunderstanding of words. Messi didn’t mean to say that the squad isn’t competent enough. Rather he implied that the team’s overall performance should improve. Undoubtedly, a transition from one manager to another mid-season is always challenging. Despite sitting at the top of the table, both captain and coach are aware of the fact that they need to up their game when La Liga restarts.

Regarding the Champions League, currently, no team can be pinpointed as the favourite. The fact that Liverpool, who was having a great season before the halt got knocked out by a rather underperforming Atlético de Madrid, indicates that the big tournament is anybody’s to take. Furthermore, Juventus lost the first leg to Olympique Lyon, Red Bull Leipzig knocked out last year’s finalists Tottenham Hotspur, and Real Madrid lost the first leg to Manchester City. We may be in for a couple of more surprise exits when the competition resumes in August.

Looking at Barcelona’s stance, the Catalans are taking an away goal advantage to the Camp Nou when they host Napoli in the second-leg. An evenly contested fixture at the Stadio San Paolo ended in a 1–1 draw. Dries Mertens put the hosts on the driving seat, but Antoine Griezmann equalised in the second half, with the game concluding as a stalemate.

Obviously, any fan who watched the first leg would know that the blaugranas need to be much better than what they were. There is a need for improving the intricate link-ups between the attackers. The midfield wasn’t as dynamic as it should be, and the defence was too immobile. Setién and his backroom staff have an enormous task on their shoulders. The Spanish tactician has a massively talented squad but knows that he needs to put the pieces together and solve the puzzle. There is no point in possessing the players to win a competition without being able to bring out their maximum potential.

That being said, Setién is very confident on his players. Unlike previous managers, he has been vocal on his desire to win the Champions League.

❛ We have to improve some things, but without a doubt, we are convinced that the team has the potential to win the Champions League ❜

For starters, the fans would certainly be delighted to hear such words from their manager. Unlike former manager Ernesto Valverde who showed less ambition in his pressers and interviews, Setién has set his eyes for the moon. The azulgrana enthusiasts are happy to see their coach show the passion and desire to win the ultimate prize. After all, their dominance in Spain has been certified by the years of continuous silverware. The one competition that continues to remain an uphill struggle is the Champions League. With Luis Enrique being the last Barça coach to lift the trophy, the Catalan outfit has been waiting for almost five seasons.

In spite of the surge of motivation, there is a pressing need to be realistic. Currently, Setién needs to tend to the following areas to make his side ready for the competition:

I. Reestablishing a defensive rigidity

Unlike the previous seasons, Barcelona has been fairly leaky at the back. Partly because of the centre-back partnership between Gerard Piqué and Clément Lenglet not gelling extremely well, partly because the full-backs have been far from solid. Piqué hasn’t been his usual self, with off-pitch distractions deteriorating his performances on the field. While Lenglet has been positive, he cannot solve the defensive fragilities all by himself.

In addition to this, the fullbacks have been heavily exploitive. Jordi Alba remains inconsistent, while Junior Firpo hasn’t been an effective option. On the right flank, Nélson Semedo and Sergi Roberto haven’t been stable either. A clear example of the full-back’s vulnerability is the first goal they conceded in the 2–0 loss to Real Madrid. Semedo’s lack of positional awareness allowed Vinícius Júnior to make a run past the backline and eventually score.

Like the Clásico, there are numerous occasions where the back four’s unattentiveness was exposed. Fortunately for the Catalans, Marc-André ter Stegen is in the form of his life. The German has vouched for the defensive problems on several games by making crucial saves.

Setién’s first task will be to formulate an approach to sort this issue with the defenders available. Sadly, he doesn’t have many options at the back to permutate and experiment. By conducting training sessions, and explaining via video analytics, he can provide advice to the defensive unit. There is no way Barcelona can win the Champions League without sorting out this issue.

Unsurprisingly, whenever there was a deficit in the attacking department, Lionel Messi has single-handedly filled that void. However, to win the ultimate prize, a one man’s show will not suffice. On both occasions under Ernesto Valverde, the reason for their elimination was the inability to score an away goal. Against both AS Roma and Liverpool, even a single goal in the second leg would have put the tie to bed.

Clearly, overreliance on Messi has cost the team massively. The fact that the opposition put an extra effort to stop the Argentine is an implication on the other attackers to sparkle. Luis Suárez’s form in the Champions League is prominently poor and must change immediately. While Antoine Griezmann has put an extra effort to settle into the side, he also has to get going when the season resumes.

Football’s unprecedented halt has given Ousmane Dembélé a lifeline, who could return in August. If he manages to remain fit, then he will also be an excellent option for Setién. Nevertheless, at the moment, he has to make the most of the Messi, Suárez andd Griezmann trio while judiciously using Ansu Fati. On less intense fixtures in La Liga, he can make use of La Masía prospects like Álex Collado.

Setién has not only got time to work with the players, but also devise suitable tactics. The break has given him an unexpected preseason in the middle of the season. So by making use of this period, he can review his start, and improve the attacking play. An extra focus should be put on the passing patterns to improve the overall pace of the game.

One thing that Quique Setién should be appreciated for is the fact that he wants to win immediately. Most coaches speak about requiring time to implement their philosophies, and then gradually pushing for titles. At Barcelona, he knows that there is a need for instantaneous glory. But the problem that lays in front of him is not only tactical but a mental one too.

He needs to make sure that the players also believe in themselves. It is not enough for him alone to have the confidence of winning the Champions League. There is a clear difference between wanting to win something and believing that it is possible. Of course, Messi and the rest of the players want to win the competition, but are they psychologically prepared?

Barcelona must lose the fear of losing, especially away from home | Photo by Filippo Monteforte / AFP via Getty Images

When everything goes well, and everybody is at the peak of their mental shape, dominating is fairly easy. Notwithstanding, in times of crisis, there is a need for someone in the dressing room to be vocal. Alongside Setién, there should be a few players who are ready to speak up and control the dressing room. In occasions like for example, half time at Anfield, someone should have stood up and reinstated the confidence. It doesn’t necessarily have to be Messi who does the pep talk. Any player who has mentally tough should’ve taken a stand.

Thus, the first step of winning something is believing that it is possible. And this mentality should be reinstalled by Setién.

Realistically speaking, Setién is two to three players shy of having the ideal squad. Improvements at the defensive department are essential, in addition to an out-and-out attacker. With links to Lautaro Martínez getting stronger day by day, there are signs of the board taking action. The midfield is already proficient enough but needs some more polishing in terms of chemistry. Despite the shortcomings in certain departments, the squad is still a strong one.

The 61-year-old has made his plans for this season clear. Finishing the season strong, as champions of Spain, and then heading to the European contest in high spirits. Irrespective of whether he achieves this or not, it is clear that he poses a desire to succeed. But certainly, with the quality Barcelona possesses, there is nothing wrong in having an eye at glory.