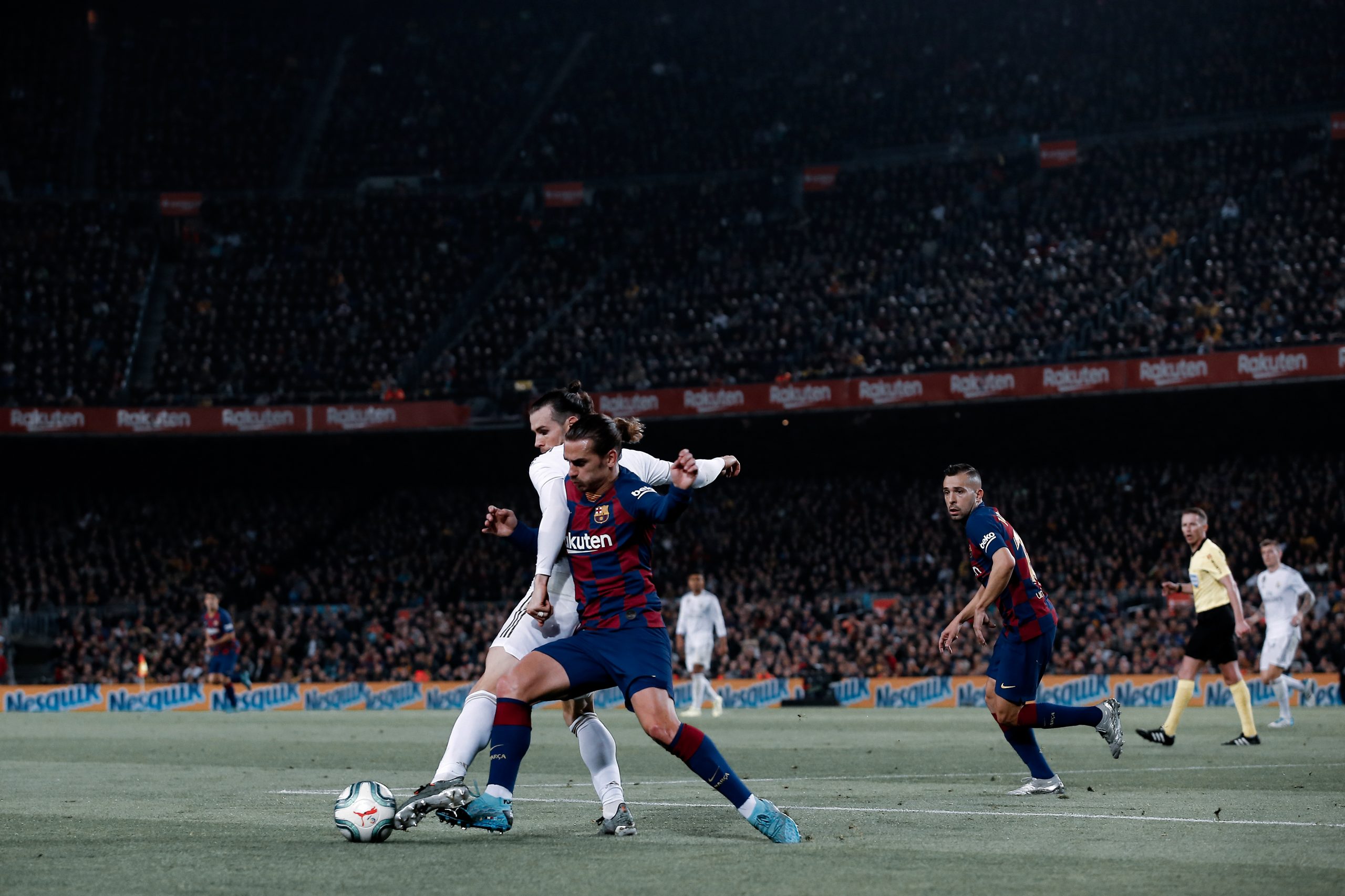 Antoine Griezmann’s late arrival to Barcelona left a sour taste in many people’s mouth. And if the specific narratives of the media are to be believed, it’s not only the fans that were not happy with his ‘La Decision‘, some of the players hated the whole thing as well.

Was that the reason he was ignored week after week on the pitch? Is that why he is struggling to adapt to the Catalan way? Or is it simply a mixture of both that and the fact his position does not exist at Barcelona. Well, it does exist, but it’s occupied by the only player no one can displace – Lionel Messi.

Be that as it may, that’s the kind of thing Barcelona had to worry about much earlier. In fact, it’s something the scouts had to recognise before allowing the board to splash €120m on a player who doesn’t fit. But maybe they did, and the board went ahead with the signing anyway.

Why? For starters, marketing reasons – Griezmann’s name alone, his reputation and a hope he’ll adjust regardless. Or maybe it was simply ignorance. Either way, they have no excuse. Of course, there is still time for the Frenchman to prove everyone wrong and flourish at the Camp Nou.

The clock, however, is ticking. And now, the World Cup winner is seemingly fading more into obscurity with each passing game. Invisible, irrelevant, but still bloody expensive. Perhaps even too expensive to keep on the bench or worse, in the stands. After all, that’s the only explanation we can conjure about why Ronald Koeman insists on starting him almost all the time.

He has his positives, of course. The Frenchman is a tireless worker, used to defending as much as attacking, and his movement enables others to flourish. But you don’t pay €120m for an attacker to just defend and be a decoy, do you? Unfortunately, that’s what he’s becoming, and it’s challenging to get away from the notion that Griezmann might be en route to becoming La Liga’s new Gareth Bale.

Bale, while cementing his legacy with madrid, ended his time there on a low. (Photo by Angel Martinez/Getty Images)

After all, the signs are there. Both Griezmann and Bale came to their respective clubs for huge sums of money, breaking the bank and creating a mountain of expectations for themselves. And both, so far, are turning out to be questionable decisions in the market.

But can we even compare the two? Griezmann was huge for Atlético Madrid, the only player to consistently outperform his xG mark and be his team’s top-scorer in La Liga every season since the first dawn of his Rojiblancos days.

Bale was, of course, a big star at Tottenham Hotspur before making a move to the capital. But he is also a big game player, scoring in multiple Champions League finals and single-handedly bringing trophies to Real Madrid when they needed it the most. The only caveat here is that he had much more time to do it.

Griezmann is still at the very start of his Barcelona career, but he may never get to spend a lot of time at the Camp Nou, courtesy of his age and the competition that exists and persists. At least not if he continues in the same direction. So there is a genuine risk that his legacy won’t nearly be as big as Bale’s, despite the Welshman being close to a laughing stock towards the end of his tenure.

Griezmann is struggling to find his feet at Barça. (Photo by David Ramos/Getty Images)

Now, Bale is back at Spurs and looking to end his career on a high. But even with so many downs at Madrid, so many issues when it came to adapting, pleasing Zinedine Zidane and constant injuries, his contributions are still palpable.

Many of Los Blancos‘ trophies do have Bale’s fingertips all over them, after all. Will Griezmann be able to do the same despite his shaky start? Or will his Barcelona career end the same way as Bale’s Real Madrid one, only without the occasional high?