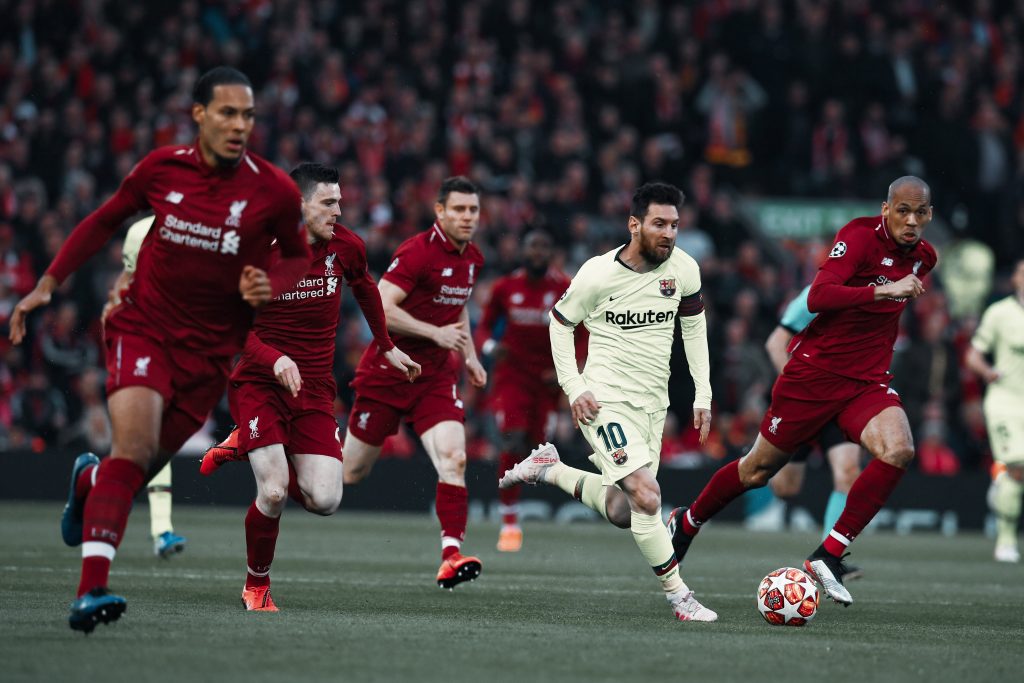 No team has ever managed to stop Lionel Messi on a consistent basis, even if some have managed to keep him quieter in some games. But does forming a cage around the Argentinian work?

To cage Lionel Messi, teams must be willing to take a huge gamble. Such a tactic not only diverts the attention from the remaining Barcelona players, but also isn’t exactly the easiest of tasks. Teams across Europe have tried implementing various techniques just to reduce the number 10’s unparalleled impact, but only a meagre amount of opponents have emerged successful. Recently, the idea of imprisoning Messi has brought a change in opponent’s tactics, and it has mainly been seen in the Champions League or at International level.

How does the concept of forming a cage around Leo work? Congesting specific areas in the centre of the park where Messi tends to drop deep or operate has successfully worked out for teams in the past and is considered as the main idea behind this method. Liverpool and AS Roma have triumphed in doing so, and there’s no assurance whether this technique won’t come back to haunt the club again. On both occasions, Barça blew crucial leads and failed to make the most of Messi’s subtle efforts.

After Manchester United’s loss to Barça in the Champions League last campaign, José Mourinho claimed: “When Messi has the balI, one-on-one, you are dead. That’s why I never liked individual man-to-man against Messi. Messi is a cage. You have to create a cage”. While United were more keen to acquire a lead early on in the game, not applying this tactic in the second leg cost them, because Messi with space and freedom in the centre will brutalise you, and that’s exactly what he did, humiliating David De Gea in goal and breaking defender’s ankles like it was just another day at the office.

❛ Man Utd in the first match, zonally, they occupied that central zone very well. So when he [Messi] was coming inside he was finding Fred, McTominay coming to the inside all the time ❜

Liverpool, at Anfield, executed United’s game-plan in the first leg, but far more effectively. They managed to restrict Messi in confined areas by surrounding him whenever he was on the ball, and also got goals in quick succession. When Barcelona realised it was too late to remain on the back-foot, Messi was swarmed by the Reds and barely could make an impact.

In spite of being occupied by the likes of Fabinho, Jordan Henderson and Virgil van Dijk, Leo’s brilliance still allowed him to create ample opportunities at the start of the game. The fact that Barça had abundant chances to score proved that as tight and compact as the cage may be, Messi would still somehow squirm his way past opponents. Though, poor finishing from his teammates is what made his struggles go in vain. The azulgranas have become extremely dependent on the Argentine even more so when oppositions make him the centre of attention and simply try to reduce his influence in the middle.

Leo is far too pivotal to Barcelona’s success and not having the authority to do as he wills in high magnitude fixtures doesn’t degrade his worth, but infact shows how much Barcelona are reliant on him. In such scenarios, there are often clear pathways to exploit, but recently the blaugranas have been unable to capitalise on those opportunities.

Exerting so much attention on just one individual should be a dream come true for any collective side, but for Barça it has been the complete opposite, since this team loses it’s charm by nearly 50%. Even when opportunities arise, Barça just instantly malfunction. If Messi isn’t available to the team, this side panics; it’s almost as if the Catalans become a child lost in the supermarket, helplessly trying to find its mother.

Several teams have tried to man-mark Messi, while others have preferred to cage him collectively | Photo by Angel Rivero via Imago

There are various solutions to this, one of them being playing Leo as a false 9. Stationing the South American in such a position in these few last stages of his career could prove to be instrumental since not only does this allow the Argentine to be closer to the opposition box, but also doesn’t require him to unnecessarily drop deep to solve Barcelona’s creativity crisis.

However, for that, Barcelona would desperately require efficient classic wingers who don’t instinctively move in the centre of the park, but rather stretch defences with their width and pace. Allowing Messi to be more direct and active infront of goal would undeniably be profitable as his short efforts of bursts will help reduce his burden and make him a more lethal asset. Instead of utilizing him to solve so many aspects of Barça’s football, his closing stages should be planned carefully.

Although the strategy of confining Messi seems to be least effective in La Liga as weaker oppositions find themselves getting pummeled one way or another, the club must be attentive in the European stages and ensure that Messi isn’t forced to deal with such situations and, more importantly, that his lack of presence doesn’t prove to be a hurdle for the side.