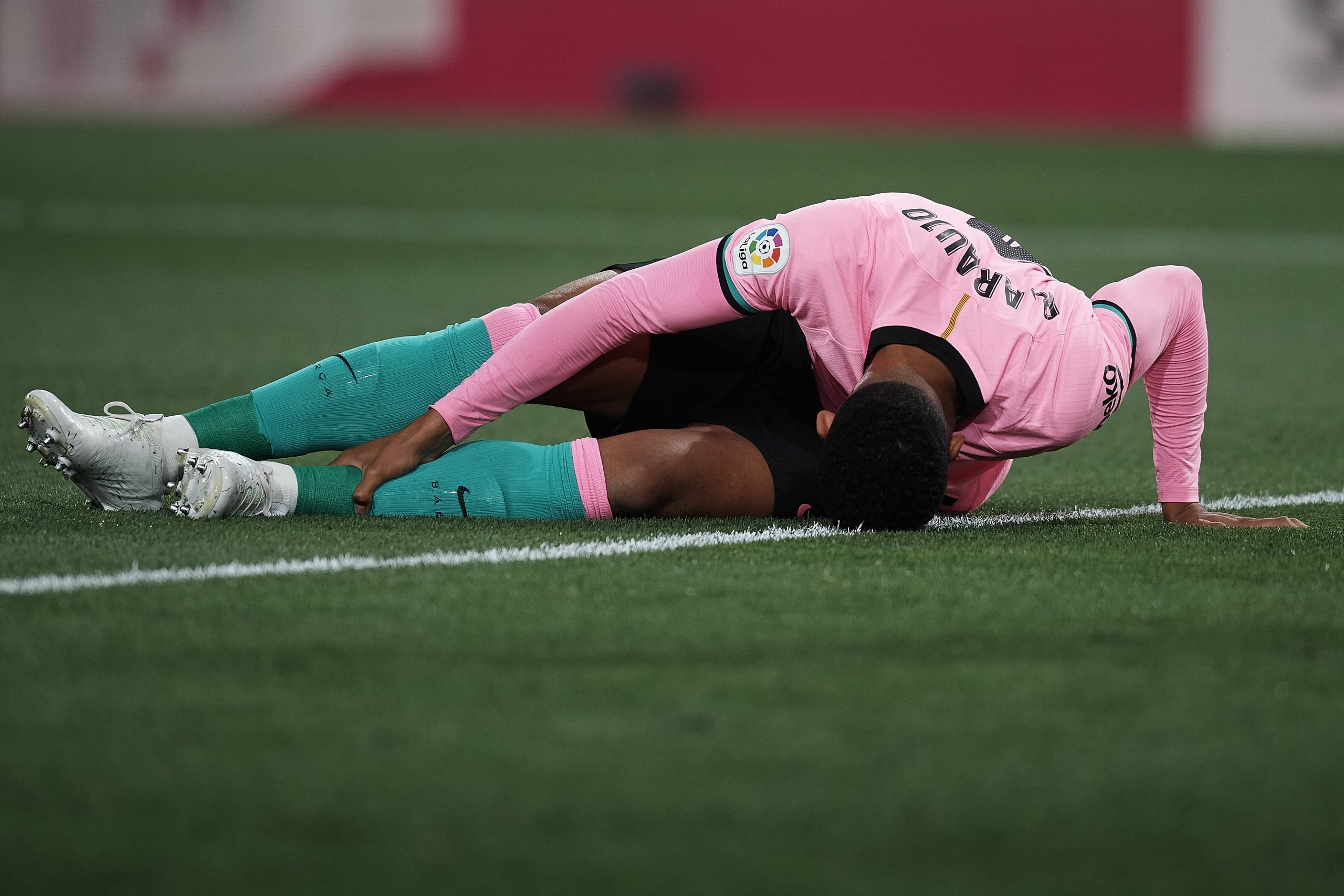 Ronald Araujo was subbed off at the halftime mark in Barcelona’s recent draw against Levante. The Uruguayan defender took a blow to his ankle in the first half. According to the ever-reliable Javi Miguel, Araujo has played his last match of the season after a second relapse on his ankle injury he endured against Real Betis in February.

The aftermath of Araujo’s substitution was that the Catalan club conceded three goals in an antagonizing second half. The defense lacked a pacey and physically imposing figure at the back after the youngster’s departure.

The layoff period is reported to be of short duration. However, the fact that Araujo is facing troubles in his ankle for the fourth time this season is a reason for big concern for Barça’s medical team. It’s feared that the player might enter a vicious cycle of injuries.

The report claims that in the subsequent tests after the game, an injury was detected in the syndesmosis of the left ankle, without ligament involvement or fracture, which would have kept him out for about three weeks. There have been no confirmations of the injury from the club yet.

In what has been a season to forget for the Barça backline, Araujo has emerged as one of the top defenders for the Catalan club this season. Amongst the top 5 leagues in Europe, the 22-year-old is the only center back to be not dribbled past even once this season.

Questions have been raised about his ball-playing abilities in the past. However, the physicality and pace that Araujo brings to the table add a very unique and integral dimension to Barça’s defense.