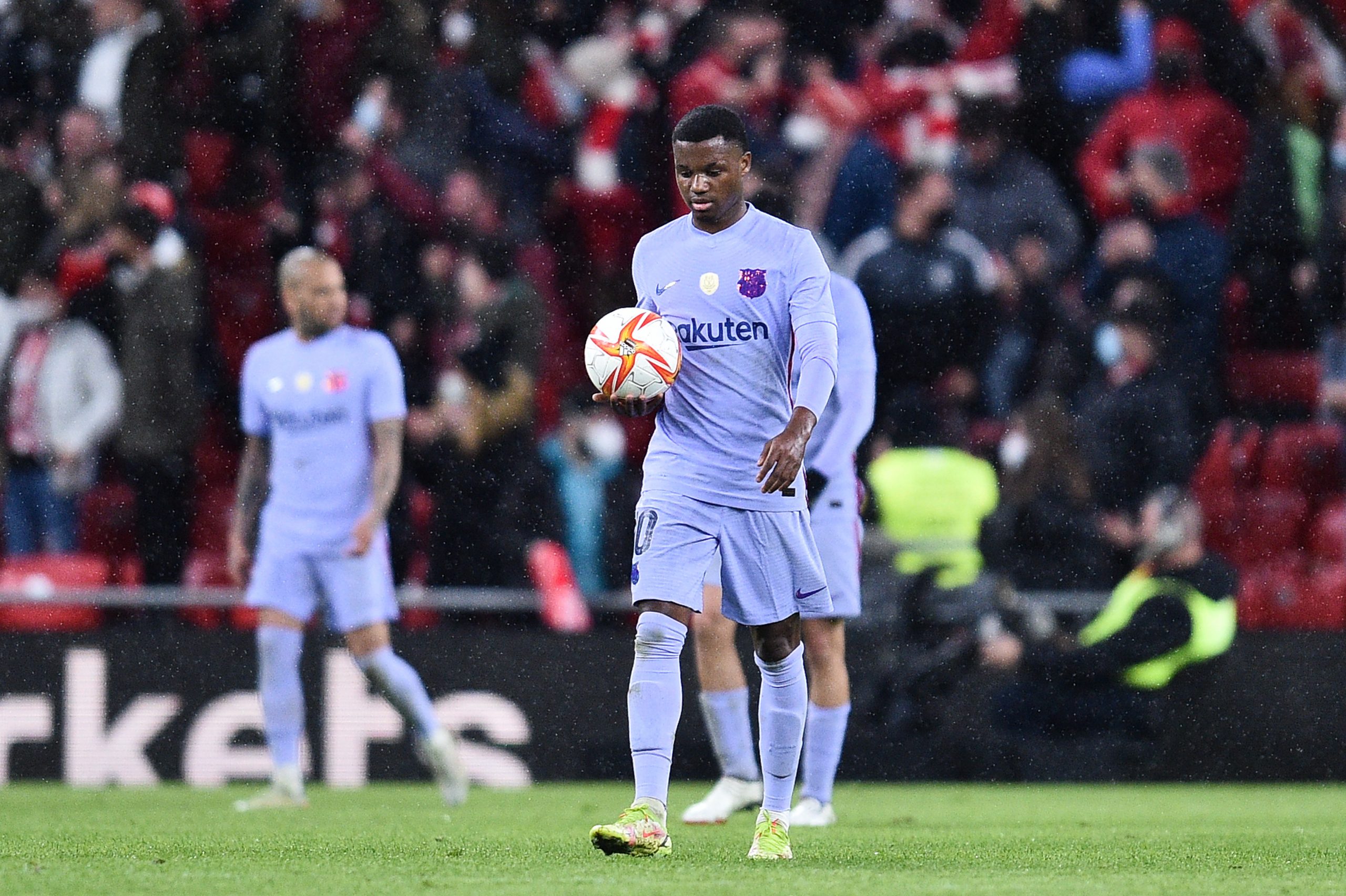 As Barcelona made their second trip of the season to San Mames yesterday, fans patiently awaited the return of some players from injury. Martin Braithwaite was playing his first game after four months, while Pedri made his first start after a long-term injury.

All eyes were on Ansu Fati, who scored against Real Madrid a week ago, coming off the bench for the first time in two months. The game ended in defeat for those in lavender, but there was worse news awaiting Cules.

Fati picked up a knock while defending in the 96th minute, and had to be subbed off for Sergino Dest. Reports claimed that it was a relapse of his knee injury, and today the club released an official statement confirming otherwise.

“Tests carried out on the first team player Ansu Fati confirmed that he has a proximal tendon injury in the hamstring of his left leg.”

This is the same injury Ousmane Dembele picked up regularly at Barcelona, and it has been reported by Javi Miguel that the club has suggested that Fati undergoes surgery. While that will possibly eliminate reoccurring injuries, it will sideline him for another three months.