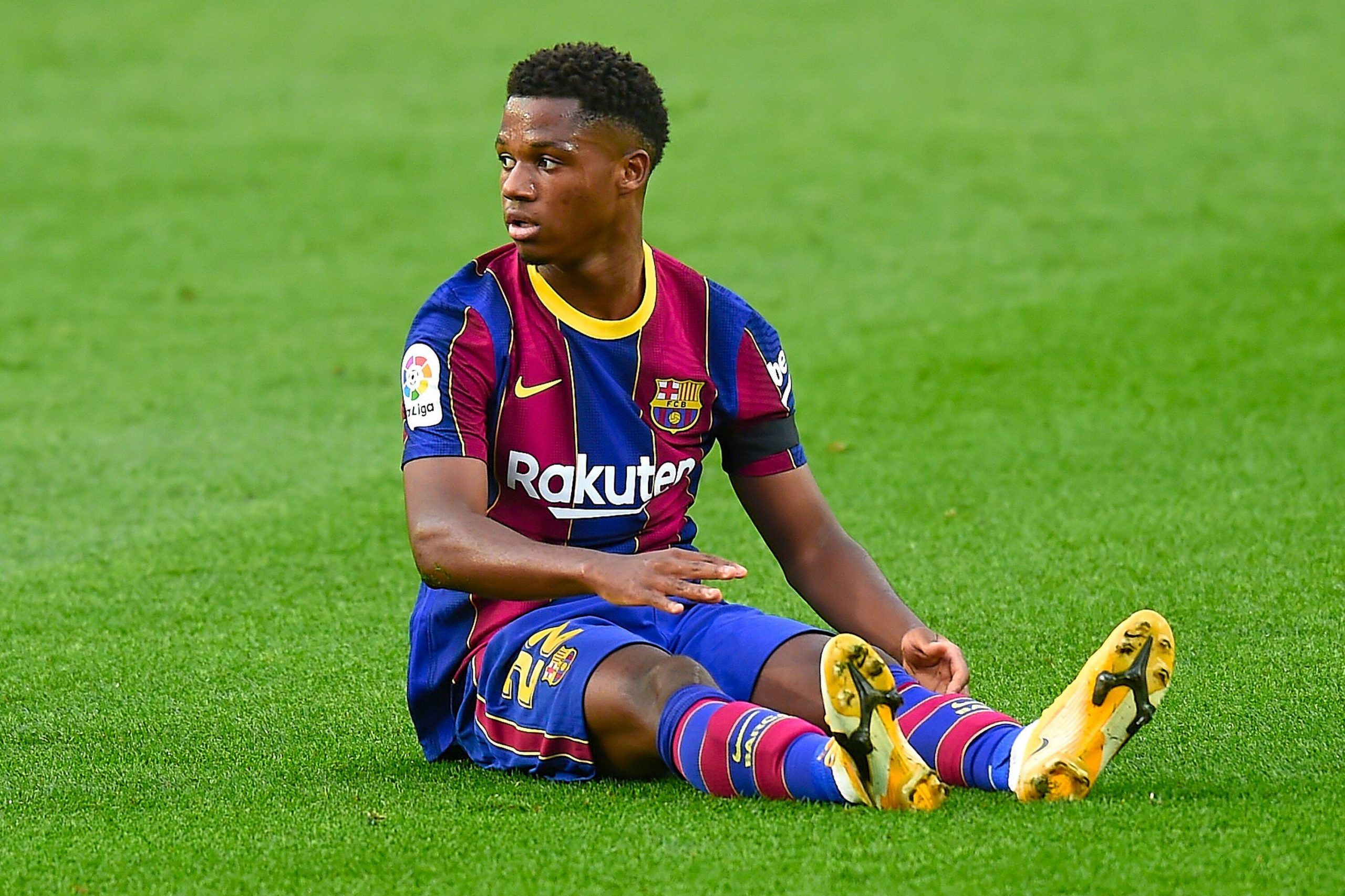 According to RAC1, there is finally a glimmer of positive news regarding Barcelona youngster Ansu Fati’s recovery from injury. After consistent roadblocks in his recuperation, he may seemingly be on the right track to return to action.

The winger suffered significant damage to the internal meniscus of his left knee back in November 2020. After immediately going under the knife, Fati has been sidelined ever since. His return was scheduled for early March but due to constant setbacks, he has had to consider multiple surgeries to follow up.

Fati was undergoing a biological regenerative treatment after his first procedure under Dr Ramon Cugat, under the supervision of Barcelona’s medical team. However, he faced repeated swelling of the knee, which prevented him from doing anything aside from targeted work in the gym.

After reportedly going through a second surgery and even facing the possibility of a third procedure, Ansu Fati, unfortunately, is already set to miss out on the rest of the season alongside midfielder Philippe Coutinho.

However, these latest reports seem to finally bear good news about the teenage sensation and his recovery. The report highlights that if these positive feelings continue, he will be able to avoid going to the operating room once again, which would be very beneficial. He will also apparently travel to Seville on Friday with the rest of the players ahead of their Copa del Rey final.

Fati’s killer instinct in front of goal has certainly been missed sorely at times this season alongside of course, his immense technical ability. Barcelona and their fans will be hoping that the road to a full recovery is smooth from here on out for their budding star.