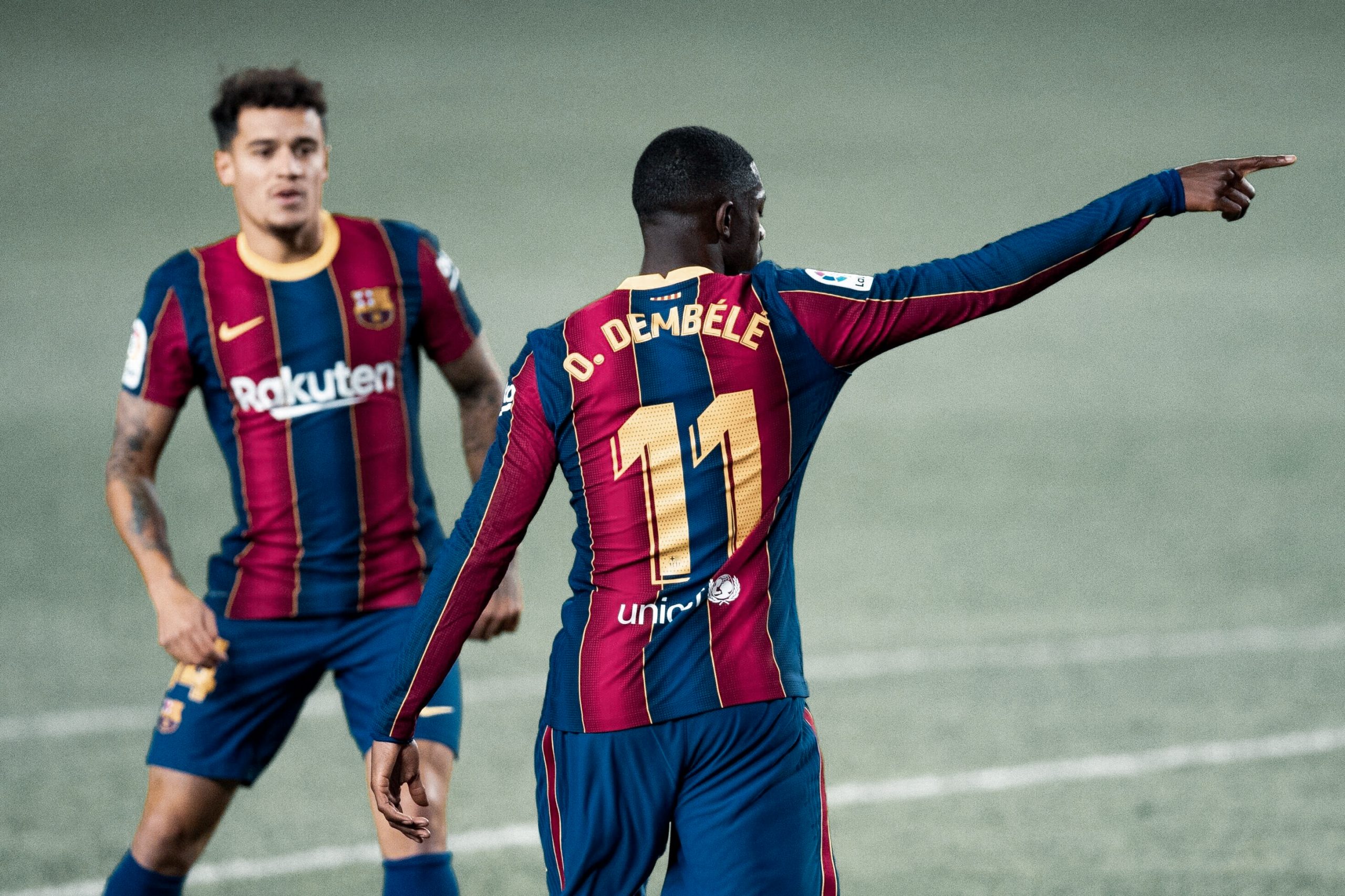 As Barcelona look to bounce back from a disappointing result against Eibar in the Camp Nou, they face Huesca side in their sixteenth match in La Liga Santander. Barça Universal brings forth the match preview of the exciting tie.

The last time Fútbol Club Barcelona and SD Huesca faced off in La Liga, Ernesto Valverde’s side were held to a barren draw at the Estadio El Alcoraz. They purposefully left out several key players from the squad so as to travel to Anfield to face Liverpool with a fully rested team, however, their efforts were all for nought as the Reds handed them their fourth successive European elimination, and this too in quite humiliating fashion.

Heading into today’s game, both sides find themselves in equally daunting situations. Barcelona are in somewhat of an injury crisis, with Philippe Coutinho being the latest name added to a growing list of injuries that have plagued the squad for several months now. It is his second injury already this season, taking the Catalans’ current tally to five. The Brazilian is set to miss the next 13 consecutive clashes — or in other words 3-4 months — for the Catalan giants following his operation yesterday.

Given his lengthy injury, Ronald Koeman has elected Konrad de la Fuente from the B team to fill perhaps the gap he was set to occupy. The team will be further bolstered by the return of Jordi Alba who missed the Eibar game through suspension and more importantly, veteran and captain Lionel Messi whose ankle injury kept him out of the clash at home to Eibar.

Huesca meanwhile will be heading into this game feeling by far the more disappointed of the two sides. Despite winning the Segunda División en-route to promotion to La Liga, the sailing has been anything but smooth in their opening 16 league games. They are nothing near convincing in any conceivable statistic, and ahead of the game tonight, they remain rock bottom and with the division’s joint-lowest goal difference.

For all their flaws, Barcelona are still La Liga’s highest-scoring side, however, despite that their end product has been anything but convincing. The Catalans are a mixed bag this season, with no two performances bearing any resemblances to one another. Just two weeks ago, they put up a dominant display against Real Valladolid on their way to a 3-0 win away from home, followed up by a deplorable performance in front of goal against Eibar, a clash where the endless chances they created simply couldn’t caress the inside of the net.

In both clashes, Barcelona deployed a formation resembling a 3-4-2-1, with two fullbacks on either end and with varying results. Away at Valladolid, both fullbacks from the Garnet and Blue put up sensational performances, however, in the match that followed Eibar’s tactical setup rendered Sergiño Dest virtually invisible as he endured a rare lacklustre evening from the American.

Huesca have been known to deploy two formations at a relatively frequent level. The 4-4-2 is their most-used setup thus far into the campaign, with the 4-2-3-1 coming in a close second. Given the tactical shape of the opposition, Barcelona are more likely to deploy one of a 4-2-3-1 or a 4-3-3 to counter the three to four potential attackers upfront.

Following one of their better performances in the division thus far, Ronald Araújo and Oscar Mingueza will most certainly form their side’s centre-back pairing. Despite his performance — and also due to the sheer lack of alternatives —, Sergiño Dest will maintain his spot as Barça’s right-back, with Jordi Alba taking over from Junior Firpo in the left-back role.

The midfield should ideally carry the same faces as it did against Eibar, with Miralem Pjanić keeping his spot as the positional pivot, and Frenkie de Jong maintaining his more adventurous role in the side. Barça Universal Player of the Month Pedri should ideally start in the central attacking midfield, though it would come as no surprise if his legs were rested for Riqui Puig.

Given the relative simplicity of the game, Ronald Koeman is likely to start an attacking trio of Lionel Messi, Ousmane Dembélé and one of Martin Braithwaite or Francisco Trincão. The Dane had a mostly poor outing in attack as he failed to make any significant combinations with anyone once on the pitch. Trincão meanwhile has been unconvincing, and if Koeman still has no firm trust in him, Konrad is always available.

What to expect from Huesca?

Bottom of the table, just twelve points from a potential fourteen, six defeats, nine draws (most in the league) and just the one win against Alavés, it’s safe to say that Huesca’s session has been far below all their expectations.

Over the course of the past month, they amassed a pair of draws and defeats, with their solitary win of the campaign coming in a lacklustre match against Alavés. They might feel slightly hard done by, especially given their performance in the draw to at home Levante, however crying over spilt milk will serve them nothing, especially ahead of such a big clash.

As has been mentioned, Huesca mainly line up in two formations; a 4-4-2 and a 4-2-3-1. They don’t hold that high a regard in keeping possession, as they rank eleventh on the League’s possession charts, with them retaining the ball for 49% of the match on average.

In attacking phases, they generally attack on the left side, with David Ferreiro taking up most of the wider areas’ creative responsibilities. His 0.21xA exemplifies such Per 90, the highest in his side. In comparison to Barça, these numbers would statistically rank him the fifth most creative player for footballers having played over 500 minutes on both sides.

Like Barça, Huesca have their own set of vulnerabilities, each easily exploitable. From Matchday one, Las Oscenses have dropped points in five games from winning positions. They show a clear inability to finish off games when the opportunities to do so arise, owing to their lack of quality in several key areas in the pitch.

They have also found themselves to be rather vulnerable against set pieces, particularly corners, and have developed a rather unfortunate habit of conceding penalties, with four conceded thus far in the division.

Should Barcelona manage to shut him down, mitigating his impact from whichever flank he will be deployed on, then they will have taken one enormous stride in keeping the clean-sheet intact.

What better way to start off the new year than with a victory against Huesca. Given their mostly proactive style of play, Barcelona might enjoy more of the ball and thus more of the game. This openness offers the Catalans an opportunity to open their rivals and, hopefully, grab all three points.