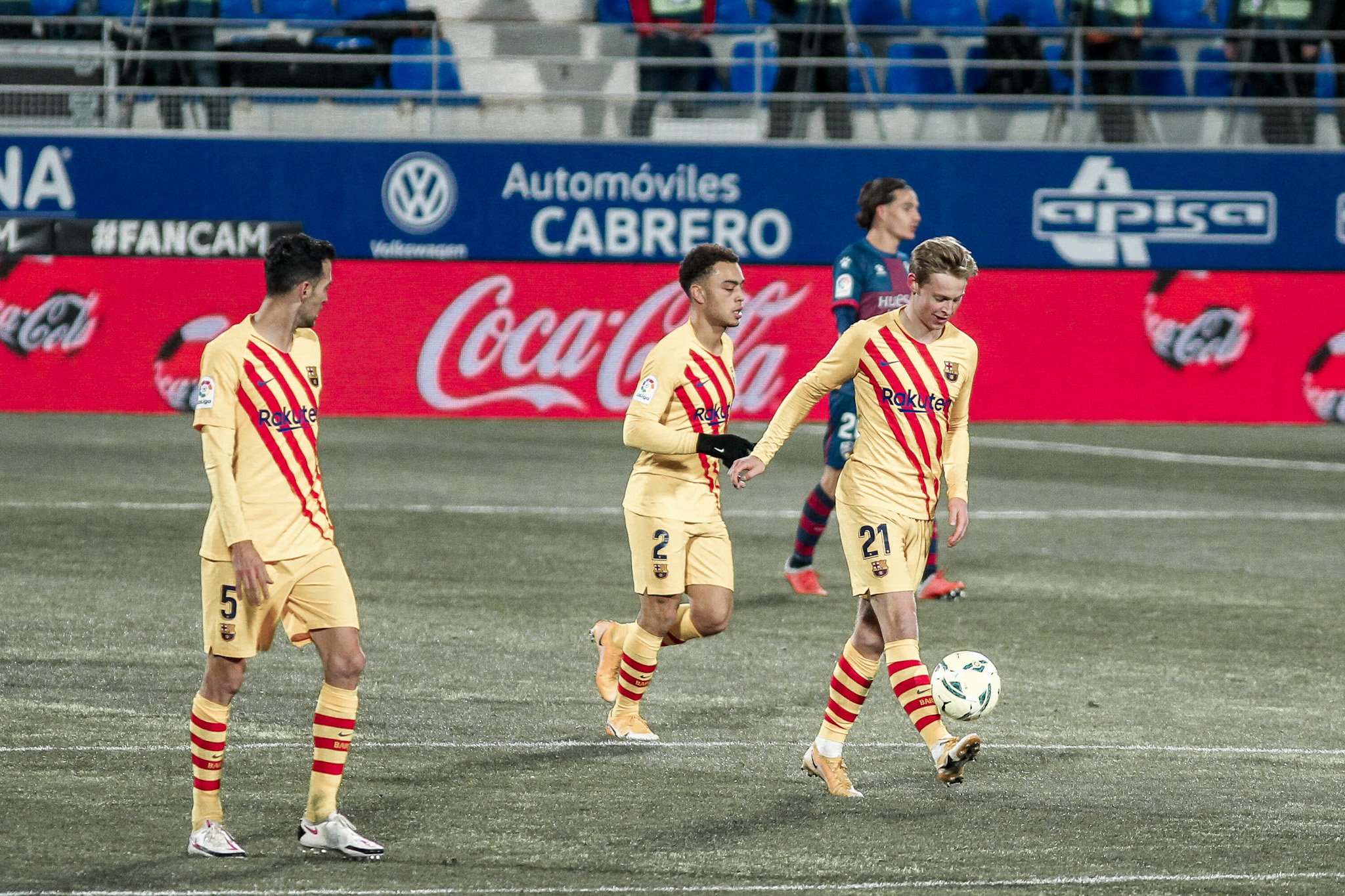 Photo by Irina Hipolito via Imago

After a disappointing home draw to Eibar to end 2020, Barcelona had to start 2021 perfectly. Away to Huesca, 20th in the league, Barça had to set the records straight, and win. As expected, Ronald Koeman reverted to his 4-2-3-1 and Ousmane Dembélé would start on the left wing as Antoine Griezmann would go back to the bench.

The French winger was the best player on the pitch. Dembélé wrecked the Huesca defence thrice in the first 20 minutes. First, after a good dribble on the edge of the area, his cross found Pedri, but Alvaro Fernandez denied him. A few minutes later, Dembélé made a mazy run from the centre circle and created an opportunity. However, he overhit his pass to Pedri, who could only get it back to Dembélé, whose shot ended on a Huesca defender’s face. Finally, Dembélé’s cross found Pedri in front of the goal, but the youngster’s header went over. What a display from the Frenchman, hopefully, he stays fit and in-form.

Then, came the opener. And who else than Lionel Messi to make an insane cross towards the free Frenkie de Jong, who opened the scoring. Messi, who was celebrating his 500th La Liga and 750th Barça appearance, made a similar cross to open the scoring against Valladolid in December.

Overall, Barcelona did well in the first-half. Away to a really defensive side, Koeman got his lineup spot-on with a real winger in Dembélé wrecking the defence. The Dutchman prevented another Cadiz and Alavés scenario by going with a really attacking lineup and got rewarded for it.

At half-time, Koeman did not change anything. The performance clearly encouraged the coach to go for the kill before Huesca got their leveller.

As usual, Barça got chances, but they could not score them. Clément Lenglet found Dembélé on the left wing, and the winger’s chip nearly crossed the line but a defender stopped the shot from going in. Messi and Pedri then displayed their connection again as the captain shot straight at the locals’ keeper. Dembélé got another chance to score, but he stumbled across the keeper. The 23-year-old should have shot quicker and could have cost his side.

During the whole game, the locals were not dangerous enough, but came close just once and could have gotten their equaliser. After Huesca got their first chance of the match, Araujo has to throw the ball out for a corner. The ball travelled through the whole box, and a Huesca attacker got their heel on it. Thankfully, Marc-André Ter Stegen saved the shot, and it was still 1-0 for Barça.

All in all, it was a professional job from Koeman’s men. Usually, the Catalans hate playing these sides, but they managed to get through an important fixture while being the dominant team. Also, some individual performances, such as de Jong’s or Dembélé’s, were more than encouraging and made every Culé feel good in front of their TV.