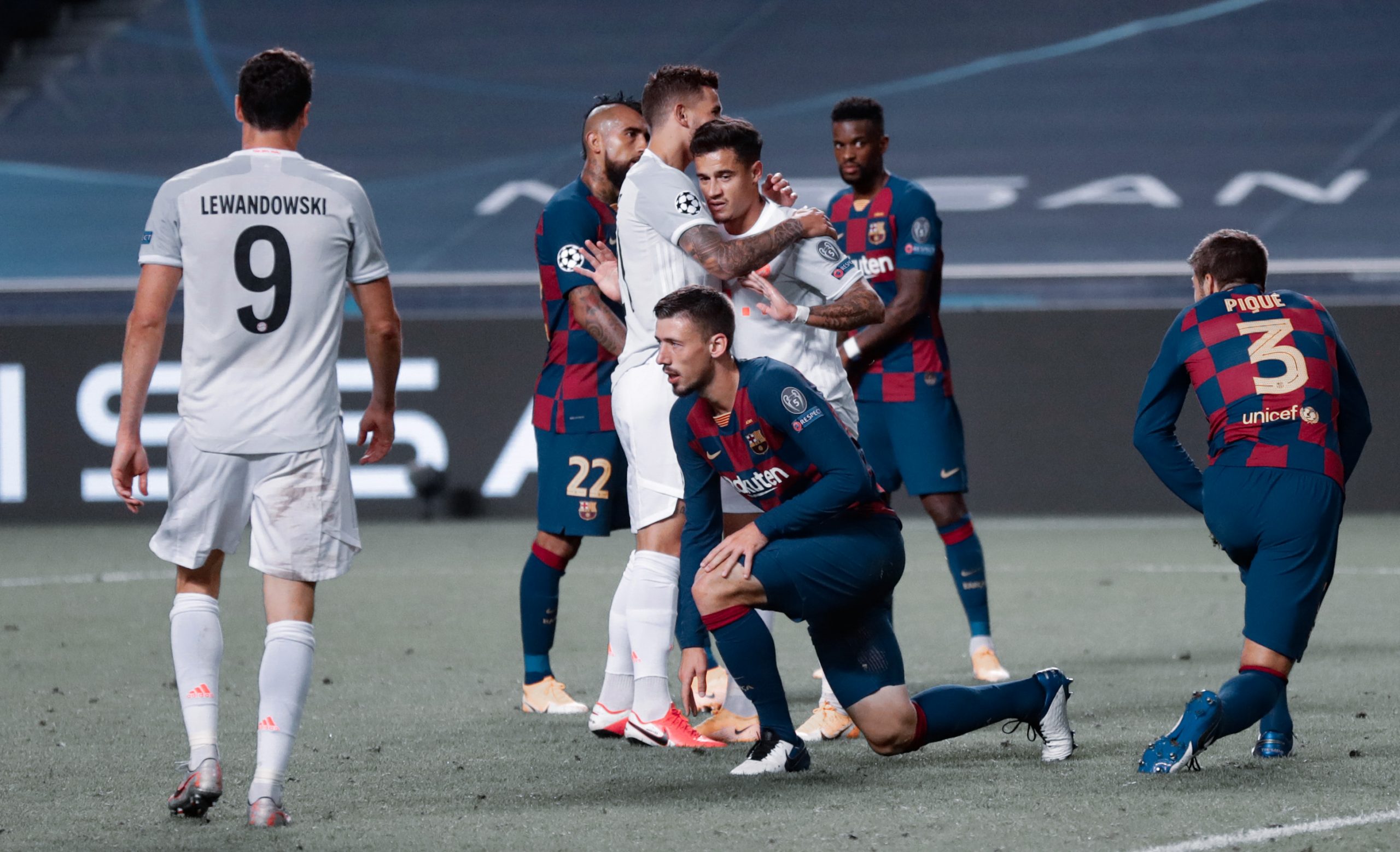 Rumours of Philippe Coutinho coming back to Barça from his loan at Bayern Munich are strengthening, but Ronald Koeman must know how to use the Brazilian.

With every new era in football come new motives, new styles and new players. Legendary Ronald Koeman‘s appointment at Barça will bring all these unique characteristics to Camp Nou after three years of nonchalance and leniency from Ernesto Valverde and Quiqué Setién on the blaugrana bench.

Under the latter two, the Barcelona players didn’t have challenges, especially the veterans. Lionel Messi, Luis Suárez, Ivan Rakitić and many more players had their places reserved for the entirety of the season while form, character and intensity did not influence the starting elevens for the biggest games. That meant players would suffer steady declines when playing a handful of games and, for some, playing in the wrong positions.

Barça’s most expensive ever signing did play for a team that plays in red this year as he won the Champions League, but he played in Germany at the Allianz Arena instead of the Camp Nou. Many reasons have led Philippe Coutinho to go on loan to Bayern Munich in the summer of 2019. The first one is that his coach, Ernesto Valverde, misused him as a left winger to the point where he was ineffective and just plain bad in a team that played decently for the entire campaign.

Another one would be the fact Coutinho’s profile looks a lot like Messi’s and the Brazilian couldn’t play with the freedom he had at Liverpool. Due to all these underlying causes, Coutinho completely lost confidence and had 18 nightmarish months in Catalonia. In 2019, after Coutinho’s worst season as a footballer, Bayern Munich was ready to take a bet on a player bereft of any confidence despite not having any injuries. Now, after winning the treble and scoring two goals in the Champions League quarter-finals against Barça, Philippe Coutinho is set to come back to the Catalan capital as a different player under Ronald Koeman. He plans to use his player differently.

The news broke out recently that Ronald Koeman would love to use a 4–2–3–1 as his preferred formation, with Frenkie de Jong in his favoured position and other heavyweights evicted from the first-team plans. With Suárez being kicked out and Coutinho gaining a spot back in the team, one interrogation comes, and that’s if Coutinho will start for the dutchman. And if he starts, will Koeman use him in his favoured position?

Every culé knows that Coutinho is not a player to run in behind or even an inside forward like Cristiano Ronaldo. He is much more of an attacking midfielder who builds the play in between two wingers, who will act as the solutions of every problem in front of Coutinho. With Ousmane Dembélé finally fit to play, he can offer the width Coutinho demands to flourish, as he is in no way, shape or form pacey enough to distance himself from the full-backs. If Coutinho starts, Koeman might have a plan with him, but it comes with its limitations.

Coutinho will perhaps be given some more gametime, but he has a much more significant problem, and that’s a player who plays like Coutinho and who happens to be the best player in the world. Lionel Messi, while there are still rumours about him leaving, is still Barça’s focal point and the best player in the world, even at 33. Valverde did not use Coutinho well, but that’s on his 4–3–3 system being too stubborn and stuck in its ways. Playing with Messi and Coutinho as false wingers will never work, and Koeman might know that. It might be the reason he will opt for a 4–2–3–1, perhaps to get Philippe in the best conditions possible to get along with Leo Messi.

While there are some reasons for Coutinho’s downfall at Barça, he must not try to find excuses too much as he was still highly underwhelming in the 2018/19 Catalan side. Coming back as a Champions League winner might just have changed Coutinho for the better.