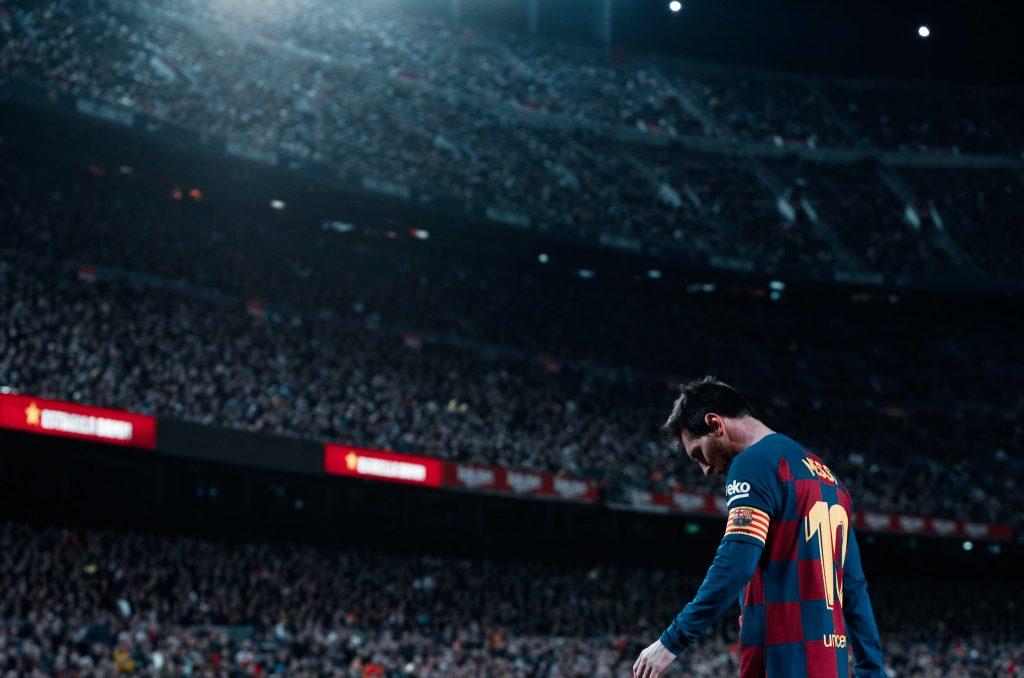 Fans represent a big part of a club’s culture, but also of the team’s performances, so how will these cope with the empty stands due to the precautions taken for the coronavirus pandemic?

Fans have always painted the game in their way. With their emotions and passion, they have shaped and reshaped history. Be it the birth of Vikings thunderclap in Euro 2016 by Iceland fans, or Hong Kong fans showing solidarity with anti-government protests during World Cup qualifier. Fans have introduced us to new cultures and much need whereabouts around the world. They can also be a harsh critic of their team, but what has always stood out is their unwavering loyalty and support, refusing to abandon their team even when the odds are heavily stacked against them. Much like the famous anthem of Barcelona, Més Que Un Club, meaning more than a club.

Fans in the history of sports have proved to be a double-edged sword. When Brazil lost to Germany by 7–1 in the World Cup semi-final of 2014, supporters took it not for a defeat but humiliation for the whole nation. On the other hand, when Spain won the World Cup final in 2010, fans’ outlook towards Andrés Iniesta completely turned Spain around. No single rivalry club, bar Athletic Club, ever jeered him again in La Liga until the last day he played in a blaugrana shirt.

Despite the notable flaws, fans have been responsible for injecting the necessary whirlwind of emotions that makes the game beautiful. Former Bayern Munich and Germany midfielder Bastian Schweinsteiger were once asked what he was most afraid of. He replied: “The Yellow Wall”, Borussia Dortmund’s raging stadium and atmosphere. Imagine what the club, Dortmund, has lost with the stands now lying silent.

❛ Of course, the result is important, but the most important things are the fans; the people who feel the club flowing in their blood. You’ve got to give them the good feeling too ❜

As the stats from Bundesliga since its return suggest, playing behind closed doors is undoubtedly having a big influence on football, and possibly on results too. In the Bundesliga games played since the break, there have only been 18.5% of home wins.

This 18.5% is compared to around 43.3% of success on home games when there were fans in this Bundesliga campaign. A huge slump highlights how supporters generally represent a big home advantage. But it’s not only results that may change with the empty stands.

It will also have a big influence on the footballers’ performances. For instance, some players can’t cope up with the pressure of cheers and jeers of fans. But some others rely on their supporters’ drive and momentum. Now, with the absence of external stimulation during match time, some players we have never heard of will come into the light. All of a sudden we will see footballers who had never existed before. Some certain types of personalities will get benefitted, while others will be negatively affected.

We can try to understand the relationship between the performance of the players and the pressure from external environments, one of them being fans.

Research from: The relation of strength of stimulus to rapidity of habit‐formation by Robert M. Yerkes and John D. Dodson

In the Inverted U hypothesis model, the vertical axis represents someone’s degree of performance, while the horizontal axis represents the pressure the person is under. As indicated by the model, there’s an impeccable medium of pressure where individuals perform at their best.

The left-hand side of the chart, above, shows the circumstance where individuals aren’t being challenged. Here, they see no motivation to work hard at a task.

❛ He told me that I wasn’t going to play much football there. I told him that I didn’t care, I knew that now I was really going to be a millionaire ❜

Certainly, players with such personalities feel no pressure of performing because their motivation is tied to money.

The centre of the graph shows where individuals work at peak effectiveness. They are adequately motivated to work hard, but they are not so over-burden that they begin to struggle. This is the place individuals encounter flow state, an enjoyable and highly productive state in which they can showcase their best work.

Fans push the footballers to their limit | Photo by Imago

The best athletes from the sports industry fall in this section of the graph. But with no fans, will it cause under-arousal or boredom? Will we see many players shifting to the left-hand side of the graph or the matches will be just like training sessions which players are accustomed to?

Many athletes from different sports with no hesitation have spoken out, what it means for them to play in empty stadiums.

Clearly, sports without fans is nothing, even for the best of the best.

The right-hand side of the graph shows where players start to fall apart under pressure. They are overwhelmed by the volume and scale of competing demands on their attention, and feeling a serious lack of control over their situation. They may exhibit signs of stress or out-and-out panic.

Look what happened with Philippe Coutinho, a star brought in to the Camp Nou to fill in the shoes of Andrés Iniesta and Neymar Júnior. Manager Ernesto Valverde experimented with him both on wings and midfield, but his offensive output speaks that he could only deliver half of his capability. One of the reasons was definitely the pressure of living up to the price tag and huge expectations from fans. The situation worsened when he was jeered away by the home fans. Without proper scanning his surroundings and with his poor reading of the game, he showed signs of making wrong decisions, forcing himself out of Barcelona finally.

However, now, with no fans, will we see many players shifting back to the curve? Look at Bundesliga, where 20-year-old Christoph Baumgartner has emerged as an important player in TSG 1899 Hoffenheim’s drive for a European place.

Throughout sports history, there have many examples where players could not cope up with the pressure. The Inverted-U Theory shows that pressure can be positive – to a limited extent. Stress, in any case, is rarely positive, and it’s important not to confuse the two ideas. It is about using pressure wisely, being always aware of where the benefits end and stress begins.

La Liga and the Danish Super Liga have come up with a digital initiative of putting up several screens in the stands, letting fans watch from their virtual grandstand section. But how effective can it be for players?

Players would need to train themselves just not physically, but mentally as well.

❛ Playing behind closed doors with no one to cheer implies a series of challenges. The preparation at squad level is the same as for any other match, but it is true that individually you have to train and get mentally prepared to play without people because it is very weird ❜

Footballers need to train themselves mentally to maintain a high level of cognitive skills. These skills can be enhanced by ensuring training sessions contain not just the physical components, but also challenge and train the neural pathways.

Even during the absence of games, clubs gave psychological support to their players. There are many reports that these have been provided with mental health advice.

With the lack of atmosphere and ghost games into play, performances of players and decisions of the referees also change. Ultimately, stats from Bundesliga suggest that professional football over the coming months is likely to be substantially different – not just the echoes of empty stands but in measurable outcomes as well.

We can expect home teams to win less often than they usually do. Teams with more home matches than away matches remaining in the current season might not do as well as they otherwise would have done, affecting championships, promotion and relegation. Let us see how things unfold in La Liga and Premier League in the upcoming days.

• 50 years of Barça B: Quique Costas, the modest mentor