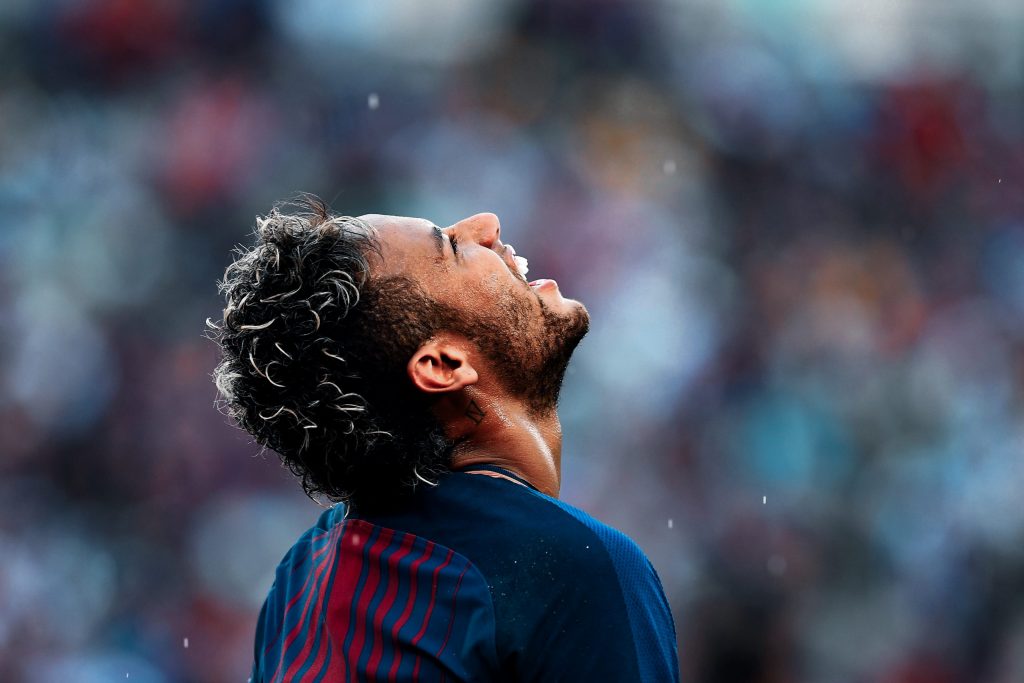 It’s been nearly three years since Neymar bid the azulgrana colours farewell, but the indecisive board of Barcelona is yet to replace and find a suitable successor for him. Various players have been brought in, though, none of them have quite done their enormous price tags justice.

Although Barcelona’s brainless board has made several foolish decisions over the years, Bartomeu’s inability to find a suitable replacement for Neymar has to be considered as one of his biggest failures. By no means is it easy finding a player of such high stature, but ever since Neymar departed the club, the blaugranas have been witness to three major signings, with, unfortunately, neither of them having lived up to their staggering sums. That being said, let’s take a look at the those player and discuss how they’ve fared at the club.

Dembélé is undoubtedly hankering for success at Barcelona. Though fragile, his flamboyant feet and excellent skills on the ball surely earn him a lot of praise. However, injuries seem to never let go of this young prodigy. While it could be argued that Dembouz simply lacked discipline at the start of the season, at this point, he just seems like a lost cause with his recurring injuries hampering his growth. Almost everytime he builds some solid momentum, setbacks come crashing his way. Notwithstanding the fact that his progress as a player is something to be content about, a gentle knock on the thigh is enough to make his established foundation collapse in an instant.

Quique Setién seems to fully trust Ousmane Dembélé, who is yet to recover from his latest injury and could be staying for the upcoming campaign | Photo by Aitor Alcalde via Getty Images

The Frenchman has been the only legitimate left winger and actually provides the team with width. He can burst forward with speed and disorient defenses with his explosive play style, but considering he barely gets the opportunity to construct some rhythm, the former Borussia man hasn’t fully adapted to the club yet. The potential in this boy is unlimited and he could very well be the ideal heir to Neymar’s throne. Unfortunately, with all these injuries disrupting his flow, he’s failed to fill the Brazillian’s boots. Of course, the board has little to be blamed for, but its fair to assume that all that money spent on Dembélé has practically gone down the drain. He’s been a failed signing and there’s simply no arguing with that.

The former Liverpool man arrived with high expectations. He came for an astronomical fee and was a huge investment by the club. His first season concluded quite well and he seemed like he had always belonged at Barça, however, his form took a dramatic shift in the 18/19 campaign. With Dembouz mostly having to spend his time on the sidelines, Coutinho was given the duty of starting at left wing. That position brought the worst out of the Brazilian as he virtually lost all his flare and charisma. Stationing Coutinho in midfield would have made far more sense, nonetheless, with the competition in midfield rising, he just wasn’t deemed worthy enough to start in such a role.

In spite of having a good first half a year, Coutinho became inconsequential in his second season at Barcelona | Photo by Aitor Alcalde via Getty Images

For someone who looks to drift in the center and possess certain privileges, life was never going to be easy on the flanks. Messi and Suárez seemed really keen to help him out and made an effort to combine with him, but the 27-year-old was too demotivated with his persistent goal droughts and uneasy atmosphere that surrounded him. He was never a winger and proved to be another failure at Barcelona. It made no sense to make such a signing when he was not offered a place in midfield and also never was the most exemplary winger. That cash could have been spent a lot wiser, but in reality, it just went onto show how poor the board’s decision making can be.

Griezmann, during his tenure at Barça, has been quite productive. Despite not being gifted with sheer pace, dazzling dribbling skills or a killer cross, his intelligence has allowed him to read Suárez and Messi’s movements beautifully. His will to succeed is unmatched and credit must be given to him for coming in clutch already several times this season. Whilst he will never be able to create the impact Neymar had, out of all the players who were asked to own the left flank, Griezmann seems to be the best fit. However, it could very well be argued that the money spent on Griezmann could be used a lot more sensibly.

Reportedly, Barça could be looking to include Griezmann in a swap deal for Neymar himself | Photo by David Ramos via Getty Images

Not only is the Frenchman unfamiliar with the left wing role, he also prefers to operate with freedom on the pitch. Occupying the same spaces as Messi is proving to be a little problematic so far, despite there being some steady improvement. If the club truly wanted to play him in a role he has little experience with, the same old question is brought up: what was the point? Surely, a natural winger like Sané or Jadon Sancho would be far more suited for such a position. Griezmann was originally meant to be starting in Suárez’s position, but has barely had the opportunity to feature in the center.

There seems to be a major rift between the board’s ideologies and the manager’s. All these record signings were made in the Valverde era and while he is no longer part of the Barça family, his inability to question the board’s decisions and claim his authority on certain signings are still costing us dearly. It’s evident that Bartomeu and his gang want a manager who doesn’t ask for too much influence in external affairs. However, being a coach of Barcelona means you simply can’t be deprived of such jurisdictions. It seems like the board blindly splashes cash on big name signings just to please the fans, when in reality, those players have no purpose in the squad. There’s a reason Xavi declined and there’s a reason Valverde was spared for so long; the hierarchy simply wants puppets as their pawns. One can only wish that Quique isn’t forced to deal with players he never wanted and is simply given the control to make calls that benefit the team.

The future of Ansu Fati: what to do with him next season?
What did you think of this article?