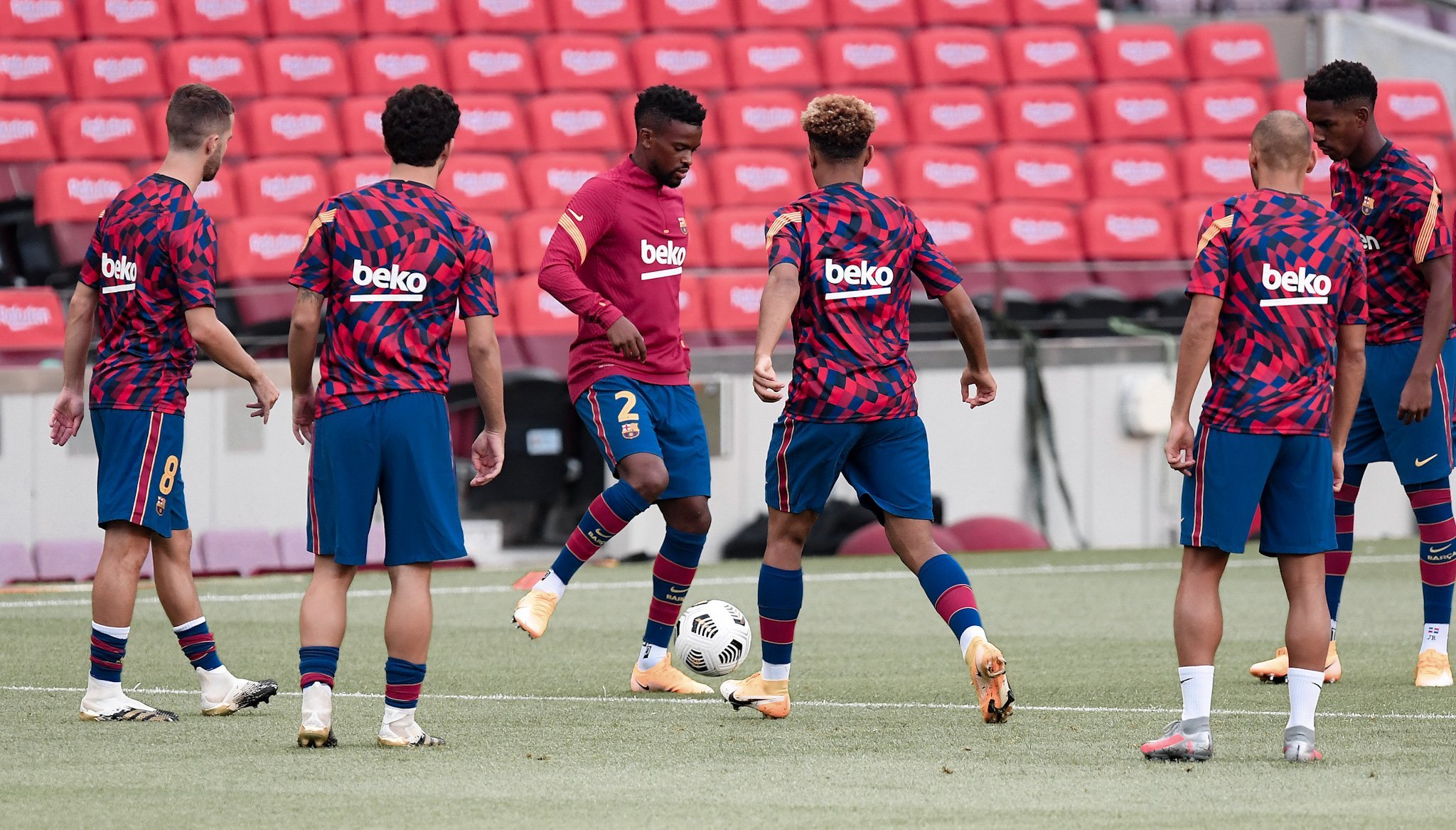 The world of sport is fascinating for many reasons. One of them is that no team can afford to carry on bad feelings of a campaign into the next one. Every year, the reset button is pushed and everything starts from scratch once again. A new season is not just another start, but a new opportunity to make amends for the past and to build promise for the future. And on Sunday night, Barcelona prepares to turn the page again. They find themselves with a different squad, younger and more committed. Additionally, there is a change of face on the side-lines too, with Koeman bringing with him a new set of ideologies and plans.

The 2020/21 campaign kicks off at the Camp Nou against Villareal, a club in quite a similar situation as the Catalans. The yellow submarines have seen player changes in wholesale, with big names including Dani Parejo, Francis Coquelin, and La Masia starlets Takefusa Kuba and Jorge Cuenca arriving at the club. However, they also bid farewell to many names including Santi Cazorla, Toko Ekambi, and Bruno Soriano. At the helm, a rather surprising move saw Javi Calleja sacked, and Unai Emery take his place.

The Blaugranas do however have a tough start to the season, and Villareal is no easy fish either. Barcelona heads into the clash with just 3 preseason games under the belt, and it is indeed the first time Koeman’s system will be tested on the bog stage. Villareal on the other hand has secured 4 points out of a possible 6 so far. Unai Emery has taken over the reins of the club, and he too has had some positive stints in La Liga in the past. Nevertheless, Villareal might just be the team that fits into his managerial style the best.

Photo by David Ramos via GettyImages

El Subamarino Amarilla are a team that love to keep control of the game. Though many sides prefer to wield a deep block against the big sharks, Villareal is not one of them. As seen in previous encounters, they are a team that prefers to build through the centre with short passes. Nevertheless, they often use the width of the pitch in entirety, with Samuel Chukwueze and Moi Gomez aiding the fullbacks in deploying an intense pressure when off the ball.

In the first 2 games of the season, Emery has opted for a 4-2-3-1, similar to what Koeman plans. Defensively it has been a double pivot of Parejo and Coquelin that kept the formation sturdy. In attack, however, there is a fluid transition to a 4-4-1-1 OR 4-4-2 with Parejo and Moreno running the show in the halfspace.

In the last encounter between the 2 sides, the fullbacks of Barcelona gave the Catalans the cutting edge. An advanced role for Nelson Semedo and Jordi alba saw the wings being utilised effectively, often stretching the centrebacks away. Moreover, this in turn created space for a central Lionel Messi to create to his best ability. Therefore Koeman must get his Line-up right to inflict maximum damage.

Villareal loves to capitalise on high defensive lines, justified by their 9 offside calls against Eibar. To counter this, Koeman will prefer a double pivot and stick to his 4-2-3-1 gameplan like in pre-season. Frenkie de Jong provides a double benefit, given that he can contribute in attack too in a slightly advanced role. Moreover, with Pjanic still relatively new, Busquets will seemingly get the call up to fill in the second CDM role.

The double-pivot provides more freedom to both Jordi Alba and Sergi Roberto who will be the fullbacks on the night. Along with the wingers, one would expect that their role would be to use every inch of Camp Nou’s width. Expect a night filled with lethal counters and close offside calls. It will be essential for Pique and Lenglet to hold their line with great care.

Koeman’s philosophy is known to be one where the team utilises width. He will be looking to do the same against Villareal, looking at the most recent encounter. Additionally, the yellow submarine often tasks their fullbacks to generate maximum pressure and win back the ball. Playing true wingers will not only help Koeman impose his style but also generate a numerical advantage in the wings, with the fullbacks also being in advanced positions. One would expect Fransico Trincao and Ansu Fati to get the call up to play on the wings. Their pace and dribbling skills serve as assets against a compact defence.

The departure of Luis Suarez now means that the team does not have a natural no.9. To make up for that loss, Koeman could opt for Lionel Messi and Antoine Griezmann to play as no.9 and attacking midfield interchangeably. In the preseason, the Frenchman played a free-floating role behind the central striker. Therefore, this could imply Messi sees more time playing as the lone striker.