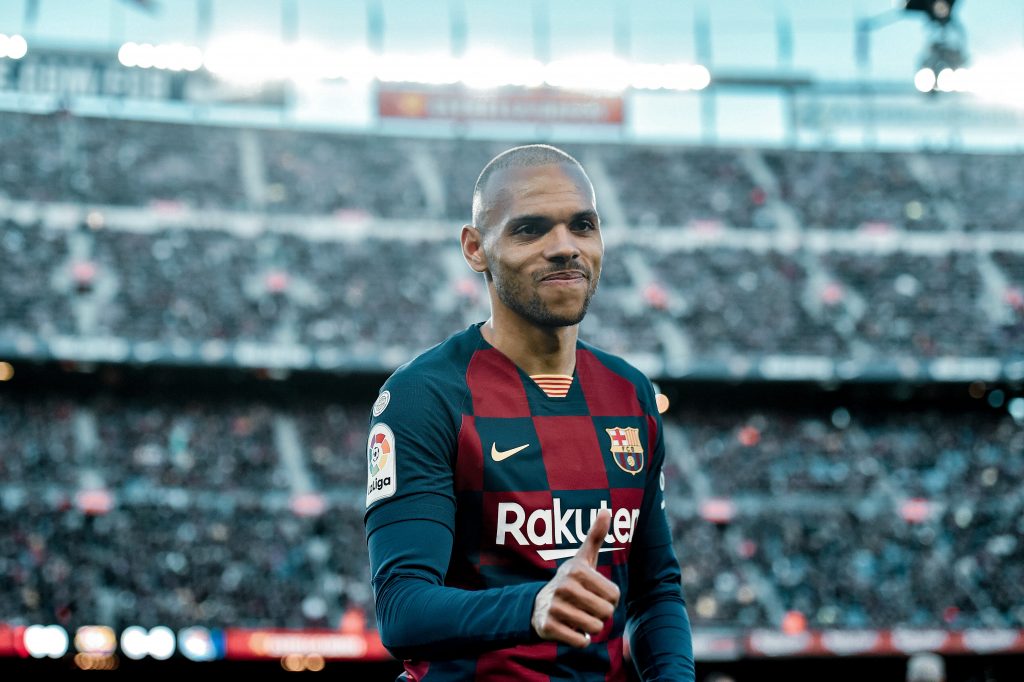 Barça march on to yet another La Liga game on Saturday, this time in the city of Valladolid. Despite the title race being seemingly over, there is indeed a lot to play for. With a difficult challenge ahead, what should the Barcelona line-up be against Real Valladolid?

The last Derbi Barceloní for at least another year has been played. Relegation has been sealed for Espanyol after a hard-fought game that saw two red cards and ended in a 1–0 win from Barça at the Camp Nou. The focus now shifts to the next challenge at the José Zorilla, the home ground of 14th-placed Real Valladolid.

Left-back Junior Firpo received his medical green light before the release of the squad list, with midfielders Frenkie de Jong and Arthur Melo missing out due to injuries. Ansu Fati serves his one-game suspension after he was sent off just minutes after coming on in the derby. With so many key players no available, here is how Barcelona should line up against Valladolid:

After failing to maintain a clean sheet in two successive ways, Marc-André ter Stegen did not let Espanyol get the equaliser in the derby. He pulled off two astonishing saves to deny the relegation-threatened team, ensuring the blaugranas walked away with all three points. Day by day he continues to lay stake as to why he is the best goalkeeper in the world. Quique Setién will have no second thoughts in putting faith in the German again.

Despite being one of the most criticised Barcelona players, Gerard Piqué continues to deliver good performances game after game. His display against Espanyol was again testament to how he can step up when needed. Despite Barça B youngster Ronald Araújo being ready for whenever needed, Piqué will look to play all 90 in tomorrow’s encounter.

Clément Lenglet has become a default starter for the Catalans and he justifies it confidently. Samuel Umtiti’s indefinite ruling out with injury leaves him with no direct competition. Undoubtedly one of the first names on the sheet for Quique Setién.

Sergi Roberto has had a grand return from his injury. With two impressive exhibitions since coming back, he has cemented his place in the starting line-up. However, this match might see him play at his foster position, right-back, to provide a more attacking threat than Nélson Semedo.

“He even helped us as a central defender. He is very versatile and can be played anywhere. His predisposition is absolute and for us, the coaches, having players like that is a relief. You never know where you need him at a high level of performance. He really likes that position in the center of the field where he always played. In any of the positions he is valuable to us. I like all of them”

After a series of stellar matches, Jordi Alba had an off night against Espanyol. He failed to create openings and most of the crosses were intercepted before they reached their target. Nevertheless, with Junior Firpo just coming back from his injury, Setién will look to play Alba for another game at least before giving him some much-needed rest.

Sergio Busquets has been playing every single match bar one and rest would do him a world of good. Iván Rakitić has shown that he can flawlessly cover for the Spanish maestro. The Croatian has been going from strength to strength after the restart, and he has excellent in the pivot role too.

Since the break, Iván Rakitić has performed both as an interior and as a pivot | Photo by Aitor Alcalde via Getty Images

Arturo Vidal has gone on to be one of the most used players by Setién. His perfectly timed runs are a huge asset to the team and help in creating something out of nothing. Despite being slightly off the mark in recent games, his presence will be necessary to compensate Busquets’ absence if rested.

Just as things were looking like he had established himself as a key player, Riqui Puig didn’t start in the past two games. In spite of the clash with Espanyol crying out for creativity, he was kept on the bench for the whole 90 minutes. Now with Arthur and Frenkie de Jong out of the squad list, it is yet another chance for Setién to let the La Masía star conjure his magic.

“It was worth [resting De Jong] because he wasn’t going to start. We have hesitated to take him on away trips, but we thought that the best thing is only to do it if he feels really well. He’s been about to go. We preferred not to take risks and wait a few more days for him to feel excellent”

Lionel Messi has not seen a minutes rest since the return of football. Still, Messi rests only when he feels like he needs it himself. With things going the way they are, there doesn’t seem to be much doubt in his starting the game as he is still in search of that one assist to take his tally at par to Xavi Hernández’s record 20.

In the last two fixtures Antoine Griezmann has been instrumental for Barcelona, finding some of his best form again. Once again against Espanyol, he created the chance that led to the solitary goal of the night with an audacious backheel. His chemistry with Leo is improving, and to bench him now would no good to the team or his confidence.

Irrespective of how critical the goals Luis Suárez scores are for the team, the fact remains that he isn’t 100% fit. He doesn’t look as comfortable making runs as he was before, and it wouldn’t be wise to risk him for yet another consecutive start. Martin Braithwaite offers finishing and much more. His pace and runs can be effective in tiring Valladolid’s defence. Setién can indeed count on the Danish man to start on Saturday.