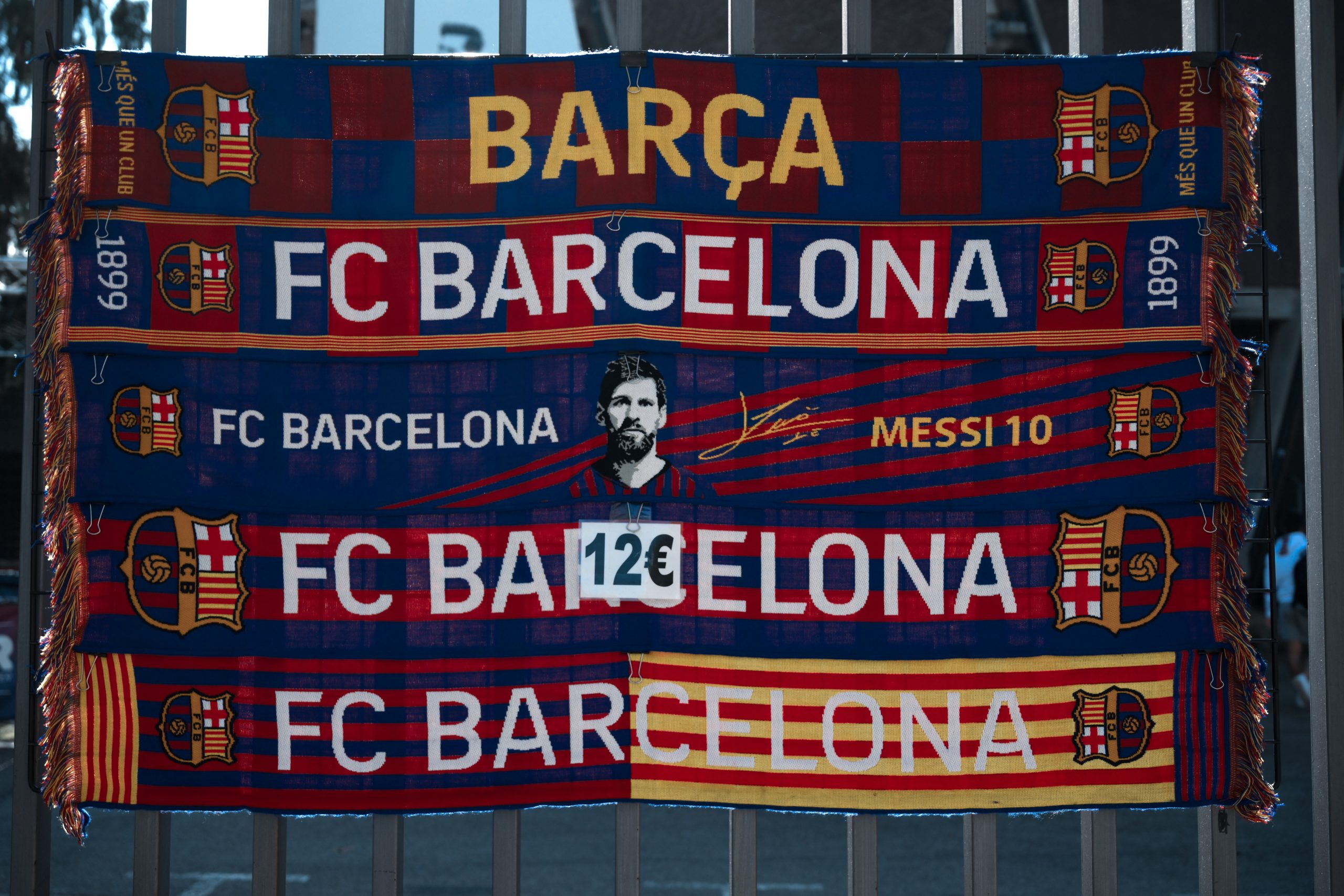 El Clasico: A term that sends shivers down the root of every football lover’s spine; an emotion that only football fans can relate to. The rivalry between Barcelona and Real Madrid has come a long way from its initial days. Through the decades, it has evolved to be known as the pinnacle of football. Undoubtedly, it is the one game in the world that every sports lover tunes in to relish, irrespective of their loyalties.

No doubt the Clasico peaked when it featured two of the greatest in the form of Lionel Messi and Cristiano Ronaldo. However, Culeés know the significance of the game beyond the individual scale. Violent splashes of paint often produce the best paintings. It is that masterpiece from which the spirit of the game ebbs out. Social, political, sporting, philosophical: endless are the reasons that make it the most relished rivalry in the sporting world.

And on Saturday, the world finally gets to witness the most awaited game of La Liga Santander. The defending champions Real Madrid travel to the Camp Nou to take on the mighty Catalans.

A forgettable season last time around saw the Blaugranas fail to register a win in either of the Clasicos. Nevertheless, do not dismiss that as any gauge of strength. If anything, it makes the fire more thirsty to suck in oil.

The Clasico could not come at a worse time for Zinedine Zidane’s men. The last matchday of the league saw the defending champions bow down too newly promoted Cadiz in a 1-0 loss.

Rubbing salt in the wound was Los Blancos’ opening champions league fixture. On Wednesday, Real Madrid took on a Shakhtar Donetsk side that was missing 13 first team players through COVID-19. In a shocking turn of events, they found themselves 3-0 down at the half time and went on to lose the match 3-2.

Madrid are boosted by the return of captain Sergio Ramos. (Photo by GABRIEL BOUYS / AFP)

Zidane has continuously played around with the formation based on the rotations. Unlike teams that decide players based on the system, the Frenchman has continued to tweak the approach to the players chosen. He started the season with a 4-2-3-1 against Real Sociedad, with Vinicius and Rodrygo to open up the left and right wings respectively. Though the wings were potent in attack, the team desperately missed the finishing touch. This prompted the Frenchman to introduce another target man, and he switched the system over to a 4-3-1-2 for the next two games.

Yet, on both occasions, Los Blancos were fortunate to get away with the win. Real Valladolid, in particular, terrorised Real Madrid’s right-wing, forcing Odriozola into multiple errors. The last few games have seen them revert to a 4-3-3, with Modric and Federico Valverde playing on an exceptionally high line.

For the Clasico, one could expect the Madrid based side to turn back to the 4-3-1-2. An overload in the midfield will trouble Barcelona’s double pivot and hinder their connection to the mediapunta. In the attack, Casemiro has dropped back to form a 3-man-defence, enabling the fullbacks to let loose. This trend will surely continue on Saturday. Furthermore, Federico Valverde and Luka Modric could start in midfield with the Brazilian, the former being in a more advanced role on the right side.

Real Madrid is still coming to terms with the absence of Dani Carvajal, and this has prompted Zidane to play Ferland Mendy out of position to cover up the gaping hole. Meanwhile, they seem to be hit with a new setback after Sergio Ramos appears to be doubtful for the Clasico. One would expect Marcelo to start against Barcelona on Saturday. However, it remains to be seen who starts at right-back. Undoubtedly, that will have to be the target to catch Los Blancos off guard for Koeman’s men.

The Catalans left-wing is undoubtedly their best chance to exploit their rivals’ weaknesses. There is hardly a speck of doubt that the 17-year-old Ansu Fati will get his first Clasico start on Saturday. The youngster’s terrifying pace and dribbling will be invaluable against a weakened right-back position. In the central attack, Lionel Messi will undoubtedly retain his place against his favourite opponents.

Will Koeman go down the path of youth over experience? (Photo by Alex Caparros/Getty Images)

The right-wing is where it gets interesting, where Koeman has a plethora of options. The first name that comes to mind is that of Antoine Griezmann who didn’t play a single minute against Ferencvaros. That his confidence is dented is a well-known fact. Undoubtedly, the only way back to form is performing in the opportunities provided. Nevertheless, given the weight of the clash, playing a successfully tested option is a much better approach. It would be in the best interest of the club for the Frenchman to start on the bench. Ousmane Dembele showed his brilliance against the Hungarians and claimed stake over the starting role for the Clasico. However, his lack of match fitness is the one big card against him.

Bearing everything in mind, Fransisco Trincao may be the best option for the night. Against Ferencvaros, the young Portuguese winger injected life into the right flank, helping the team create equally on both sides. His presence will be crucial, with the use of Dembele as a super-sub.

In the Mediapunta role, we could well see Phillipe Coutinho start again as he looks to extend his great run of form. Going up head to head against his International teammate Casemiro will be a huge test for the Brazilian.

He will be supported in midfield by a double pivot that would most likely consist Frenkie de Jong and Sergio Busquets. Though Miralem Pjanic had a promising game against Ferencvaros, everything indicates that Busquets was rested keeping the tight schedule in mind. With the Bosnian still not entirely fit, chances he starts are feeble.

In a massive boost for the team, Jordi Alba has been given the medical all-clear ahead of the Clasico. One would expect the Spaniard to resume duties on the left side, with a rather crucial role to play. On the other side, Sergi Roberto is predicted to start the game purely on the merit of experience. He has often shone against Los Merengues, and that could just provide the confidence boost he needs. Don’t count out of Sergino Dest, however, as he could be an invaluable substitute for the high profile clash.

Rushing Alba onto the pitch for the El Clasico may be a necessary step that Barcelona will have to take. (Photo by David Ramos/Getty Images)

In central defence, Clement Lenglet and Gerard Pique will get the nod to start. Though Los Blancos have struggled in front of goal so far, the duo will have to be extremely cautious. With Marc-Andre ter Stegen still not back from injury, Neto will don the gloves on the big night.

As we have learnt from past years, form heading into the clash is no indicator of what is to come. Barcelona will have to work hard to churn out a favourable result. Nothing can be predicted; here are no favourites.