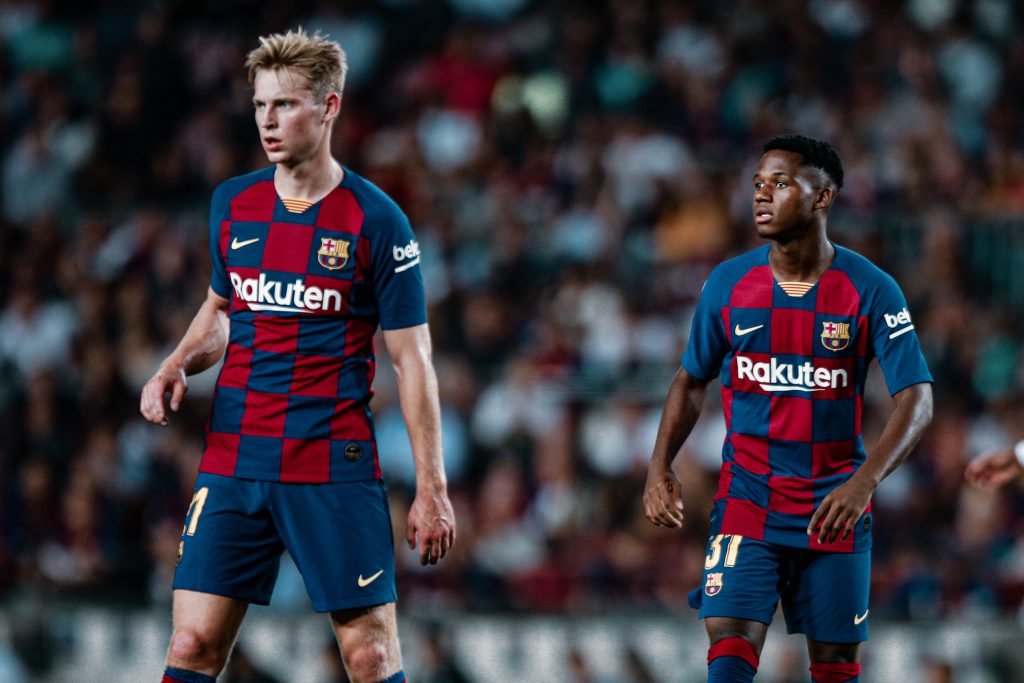 Just two games to go in La Liga before Barça turn towards the daunting Champions League. With so much still to come and not much to play for in the league, coach Quique Setién will be looking to rest some major players. What should the Barcelona line-up be against Osasuna to get the best of both worlds?

The last game of the league season at the Camp Nou awaits on Thursday night. An emotional affair for the likes of Arthur Melo, who will get to trot on the luscious grasses of the legendary ground one last time, unless he plays against Napoli in the Champions League.

Osasuna, the visitors have had an impressive run after their recent promotion. They sit 11th in the league standings, and every culé remembers distinctly how they made Barcelona suffer at the El Sadar stadium. That vision of Chimy Ávila and Roberto Torres tormenting the Catalan defence is an unforgettable memory as the game ended in a 2–2 draw.

“He will play if it’s essential or absolutely necessary”

For this penultimate clash in La Liga, coach Quique Setién has some major changes in the squad. Antoine Griezmann misses out with an injury to his quadriceps. Meanwhile, midfielder Frenkie de Jong finally received his medical greenlight, and Arthur too has recovered from tonsillitis. After his one game of suspension, Ansu Fati too is available once again for selection. With such tricky opponents staring the blaugranas in the eyes, this is how Barcelona should line-up against Osasuna:

Marc-André ter Stegen was once again the star of the night at the José Zorilla, denying a late push by Real Valladolid to secure all three points for Barcelona on the weekend. With that result, the German reached 100 clean sheets with the Catalan giants. He will want to keep things going in the same direction, as he is an unquestionable starter.

Gerard Piqué deserves just as much credit as Ter Stegen for the win against Valladolid. With 11 clearances, two interceptions, two tackles, and 97% pass accuracy, he had one of his most stellar games of the season. The number 3 has been sensational for Barcelona on most nights this season, still finds himself heavily scrutinised because of his sky-high standards. Setién will be counting on him once again.

While several regular starters need rest, the fatigue has been less obvious in Gerard Piqué, who has been performing superbly lately and should have sufficient rest in the next league match and in the three weeks before the return of the Champions League | Photo by Imago

Exactly two years after being presented as a Barcelona player, Clément Lenglet is one of the most vital players in this team. It is absolutely impossible to imagine the defence without the Frenchman in it at the moment. His presence of mins, positioning and coolness are invaluable. With the Champions League coming up, Setién will want to keep him match ready.

Nélson Semedo found himself in a new role against Valladolid. Having been deployed to play the role of a wing-back whilst managing his usual duties, he shone under pressure. The Portuguese full-back was always threatening to make dangerous runs and create chances. On another night, he would have finished with a goal and assist. The coach will look to make the most of his recent confidence.

Jordi Alba started the resumption of football in his best form but has looked slightly off in the last few fixtures. Defensively he has been on point but hasn’t looked particularly sharp upfront. Undoubtedly, he will be looking to make amends tonight, despite Junior Firpo being available to come in at left-back too.

The heart and soul of the Barcelona team, Sergio Busquets’ importance can never be undermined. The new 4–4–2 diamond system has seen him pushed into a more defensive role. Despite not getting involved in the final third, he has played out his role to perfection time and time again. His genius is a necessity for Barça, especially to break down the lines of Osasuna’s defence. On his 32nd birthday, he will be looking to make a statement at the Camp Nou.

After exactly a month being out injured, Dutch prodigy Frenkie de Jong has made his way back into the team. The new system will undoubtedly suit him more, with his role being more central than in the traditional 4–3–3. After the recent rise of youngster Riqui Puig, De Jong has a point to prove to stay on top of the pecking order. Setién said in the pre-match conference that Frenkie is ready to start, and the manager will be counting on him to turn up on the night.

“He’s in a very good mood already, with his problem already forgotten. We’ll see if he plays at the start or during the game”

Riqui Puig finally started against Valladolid after being looked over for two matches. In addition to increasing the tempo of the game and getting two shots on target, the starlet contributed defensively exceptionally too. One would expect that a midfield with Puig and De Jong is capable of great things. Certainly, it will be a major opportunity for Quique Setién to try out the combination ahead of the Champions League.

On a night when Barcelona created innumerable chances but lacked the finishing edge, it was Arturo Vidal that made the difference at the José Zorrilla. He has always provided an attacking edge to the azulgranas. With Lionel Messi in dire need of rest, he would be a good option for Setién to generate an offensive outlook.

“He has played more than 50 percent [of minutes] since we are here and is a footballer who transmits positivity, energy, and does things very well. He has already scored eight goals and he gives us a threat, and sometimes he also contributes with his quality. He is an important footballer, without a doubt”

It is no secret that Lionel Messi has looked unlike himself in front of goal off late. His finishing hasn’t been on the mark. More than that, his dribbling and conversion rate has also gone down. It would make sense for Setién to rest the Argentine for the game and use Ansu Fati’s pace and dribbling as an alternative. In addition to providing width, the 17-year-old is not afraid to have a go at goal. An invaluable option for the Cantabrian manager.

After an explosive start to his Barcelona career, Martin Braithwaite has slowed down due to inadequate chances. He will not be available to play in the Champions League, and it surely makes sense to use him now to provide rest to some crucial players. His pace and runs can provide freshness to the forward line. If played with Ansu Fati, the duo can terrorise Osasuna’s defence.