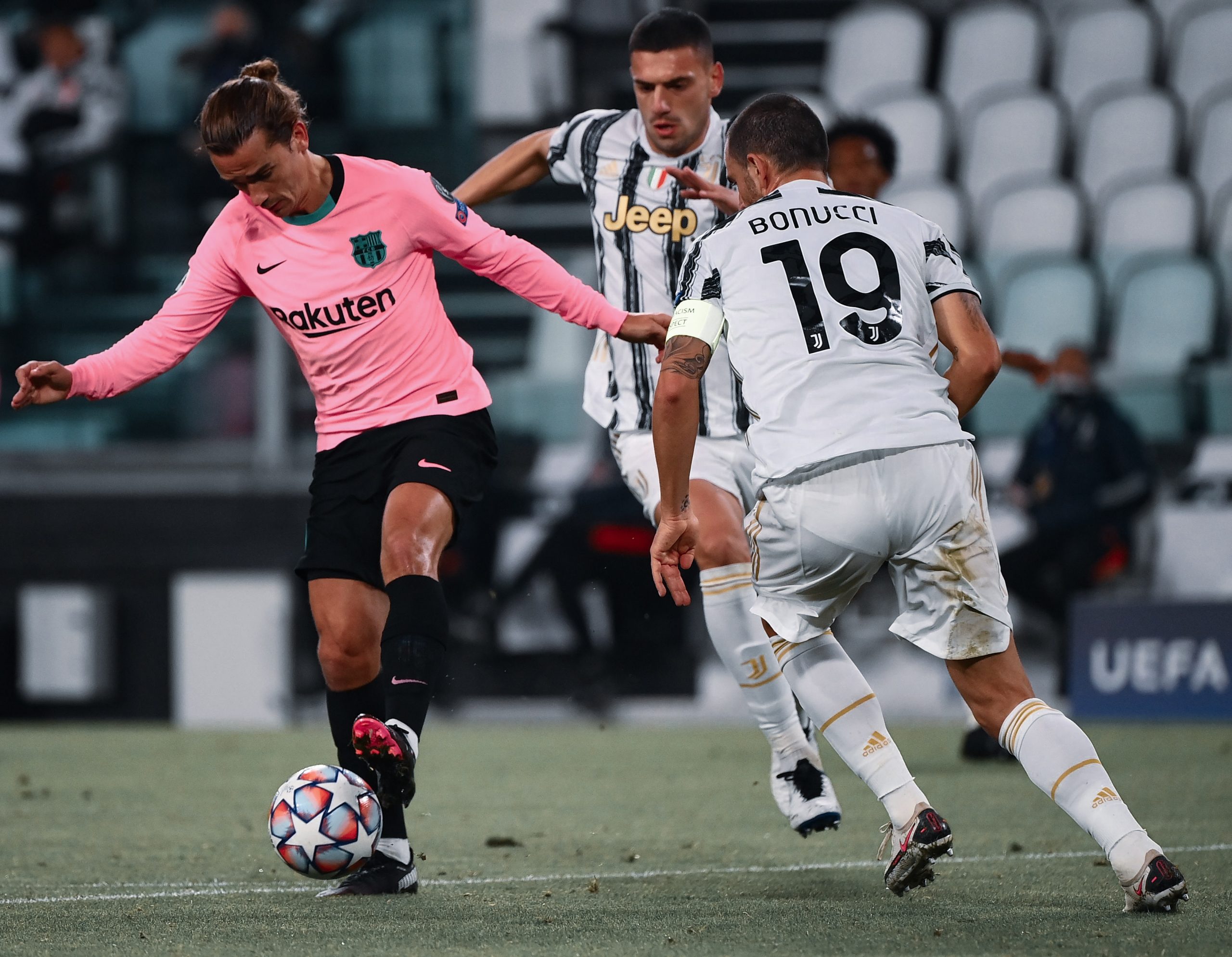 The biggest of clashes could not come at a worse hour for Barcelona, as they stare into the darkness amidst their deepening grave. Setbacks continue to pile up one after the other. There just seems to be no respite for Ronald Koeman, as he tries to find the right solution for his XI ahead of the game vs Juventus, a team Barcelona have a rich history with.

On the one hand, he continues losing players to injuries, of which Ousmane Dembele is the latest victim. On the other hand, performances in the League aptly describe the Blaugranas situation. They have gone four away games without a win now, and hang just three points above the relegation zone.

Yet, as the team are just coming to terms with the happenings at the Estadio Ramon de Carranza, they face one of the biggest tests so far. Not for the fact, the Juventus have been particularly flashy and dominant in the League. The Bianconeri are drowned in an ocean of problems of their own, yet are undeniably in a position far more comfortable than their Catalan counterparts.

It is a monumental clash that the world will witness at the Camp Nou. It will be the face-off between two legends on the sidelines. The comparisons have been drawn before, and it will be an important night for the likes of Arthur Melo and Miralem Pjanic who have both not had pleasant starts in their new club.

However, the world watches on for a different reason. As it seems, it could be the last time we witness Cristiano Ronaldo and Lionel Messi gracing the same turf. It was the biggest takeaway from the Champions League draw.

The gods willed it to happen only once, with Ronaldo missing the clash in Turin. However, it will be a game that signifies the end of an era in so many ways, one that the history books could well remember for eternity. That being said, there are absolutely no excuses for Koeman to make slip-ups in the line-up. Here is how Barcelona should line-up against Juventus:

The second goal conceded against Cadiz would have indeed been a painful pill for the Marc Andre ter Stegen to swallow. Coming into the side late in the season, he has already been involved in two mix-ups that have directly led to defeats.

Yet, it doesn’t take anything away from the Germans class. He will have to shake it off and make a fresh start. Having to go up against the likes of Cristiano Ronaldo and Paulo Dybala for 90 minutes is a daunting task for any goalkeeper. The Champions league tag just adds more weight to it. Barcelona will need ter Stegen to be on the top of his game.

Sergino Dest and Jordi Alba will find their names in the starting line-up. Needless to say, they will have monumental roles on the night. The full-backs will be a vital cog in the buildup and will have to be the key to unlocking the Bianconeri’s five-man midfield.

Alba will have to run down the flank in the absence of Dembele and Fati. (Photo by David Ramos/Getty)

Central defence is where the doubts lie. Clement Lenglet, despite being an undisputed starter, has had his fair share of mistakes this season. He will cling onto his place for the upcoming clash nevertheless. Alongside him, one would expect Ronald Araujo to start. The Uruguayan recently received his medical all-clear. Not to mention, the duo has a big night in front of them. One where nothing less than their best will suffice.

Once again, Koeman finds plenty of cards on the table. It was in the midfield that Barcelona crushed Juventus earlier this season, and the coming clash demands to be more of the same.

The ideal combination would be to stick to the winning formula. The duo of Frenkie de Jong and Miralem Pjanic worked wonders the last time these sides faced off. One could expect a similar approach on Tuesday.

If there was a lesson to be brought back home from Cadiz, it was that the wings are the basis of any potent attack. It was criminal to start the game without a true winger, and it reflected in the team’s dull showing in the attack.

Undoubtedly, Koeman will have to put away his stubbornness and field a more dynamic XI. Even if it comes at the cost of benching some of the heavyweights. And this starts right from deploying Pedri on the left-wing, a position where he destroyed Juventus last time around.

Fransisco Trincao should be the one starting on the right-wing. The former Braga star has not had the smoothest of starts at Catalonia. Yet amidst all the injuries, this seems to be the time for him to step up.

As the attacking midfielder, one would expect Lionel Messi to start without any doubt. The Argentine has not been particularly clinical in front of goal so far, yet there is no denying his paramount importance on the pitch.

And they meet again. (Photo by BEN STANSALL/Getty)

Antoine Griezmann will be eyeing the final spot in the side, starting in the #9 role. He has been in high spirits in recent games, and much more involved not just in the buildup but also in front of goal. A big night for the Frenchman, can he step it up another notch?