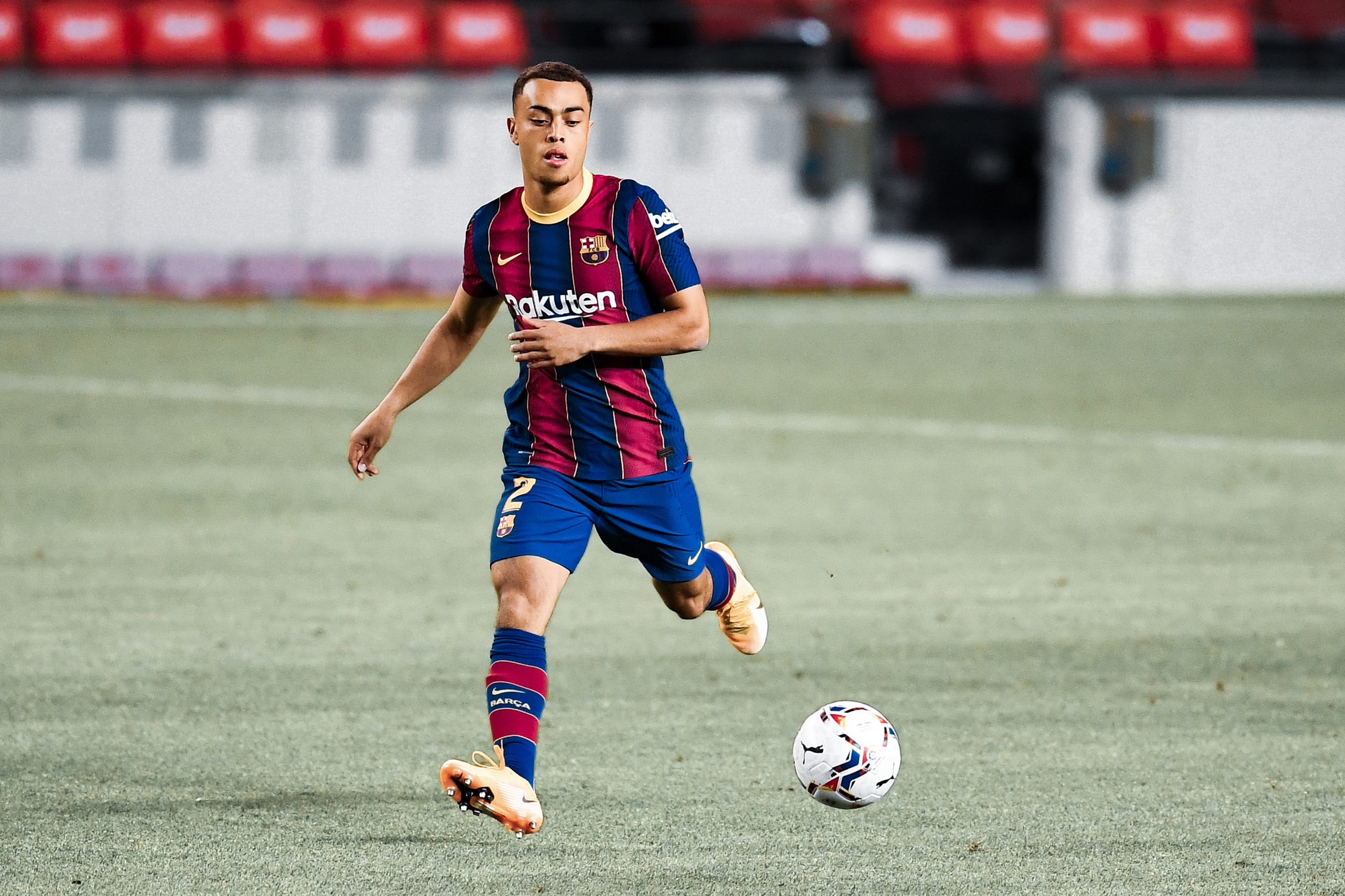 Cliffhanger. The only word that could summarize the emotions of the Barcelona faithful around the world after the 1-1 draw against Sevilla. The first two games showed positives in plenty, slowly mending the shattered confidence of Cules. However, the big test was always going to be against Los Palanganas. And the final game before the international break did not disappoint, featuring a gruelly fought battle that ended in a stalemate. It revealed the cracks in the new system and unveiled new facets for Ronald Koeman to enhance.

Less than two weeks later, Ronald Koeman’s men reunite after what was a rather eventful international break. A difficult test against Getafe stands right ahead, but the squad does have its fair share of concerns. Jordi Alba and Junior Firpo are both ruled out of the upcoming clash, with Samuel Umtiti, Marc Andre ter Stegen, and Matthaus Fernandes joining them on the sidelines.

After sustaining a heavy blow to his shoulder, Pjanic too seems to be doubtful for the upcoming clash. Fransisco Trincao too may be unavailable due to his proximity with the COVID-19 positive Cristiano Ronaldo. That said, it was a long and exhausting international break for many of the players. Martin Braithwaite, Miralem Pjanic, and Antoine Griezmann played over 200 minutes each. Lionel Messi, Clement Lenglet, and Frenkie de Jong saw 180 minutes of action each as well.

All this, while the schedule is just beginning to get tighter for the Catalans. With seven games coming up in 22 days, rotations are more crucial than ever. And this could begin right from the game against Getafe, where Koeman could opt to rest some of the international stars that endured a tiring week. Fatigue will undoubtedly be a massive factor that Koeman will have to weigh up before selecting the team for Saturday’s clash.

Looking ahead at the task in hand, however, Barcelona does face formidable opposition in Jose Bordalas’ army. Getafe has endured a sweet-sour start to the season. Two victories and a loss in four outings sees them pitted at seventh on the league table.

Getafe were hammered by Sociedad at the Reale Arena. (Photo by Juan Manuel Serrano Arce/Getty Images)

Any ardent follower of La Liga can vouch for their incredible ride over the last 3 seasons. Jose Bordalas picked up a team that was on the brink of elimination, moulding them into a solid unit. A club that had an average attendance of nearly 10,000 has now become a genuine contender for European qualification.

For a second season running Bordalas has placed his trust in the 4-4-2 that has worked wonders for his team. The forward line is the only department where there have been rotations, with Cucho Hernandez, Jaime Mata, and Angel Rodriguez all receiving chances to feature in the front two.

In the midfield, former La Masia star Marc Cucurella has seen an advanced role on the left-wing. Mauro Arambarri and Nemanja Maksimovic form a double pivot, contributing extensively in pressuring the opposition. Allan Nyom has been a relentless force on the right of the midfield-four, though he has often had to operate in a slightly deeper position.

Getafe like to overload the wider areas, and the full-backs have had a major role in this. Damian Suarez and Matias Olivera though not extremely advanced, have been crucial in unlocking the pace of Cucurella or the forwards. The reliable trio of Xabier Etxieta, Djene and David Soria round off the side in the heart of the defence.

The new identity that the Madrid based side have created for themselves has often come under heavy criticism as anti-football. This is partly because of the extremely physical nature of their game. The last time Barcelona met Getafe, the Catalans found themselves at the receiving end of 30 fouls.

In recent years, Getafe’s defining principle has been the Gegenpress. When on the ball, they have often preferred to go with long balls, preferably in the wider areas. Out of possession, they have been a well organised and oiled 4-4-2 unit. They try to capitalise on outnumbering their opposition by overloading certain areas of the field.

How should Barcelona lineup?

Undoubtedly, breaking down the two compact defensive lines will be an uphill task for Barcelona’s front-three. With big Champions League clashes and El Clasico around the corner, the Dutchman must look to be resourceful.

Dembele could finally get the start he has been longing for. (Photo by David Ramos/Getty Images)

Saturday could be the ideal chance to rest Ansu Fati who and provide him time to recuperate. Ousmane Dembele who has not seen game time this season could be started on the left-wing. His speed and dribbling could cause serious concerns to the wide spaces that Getafe tend to open up during their zonal overload. In the centre, one would expect Lionel Messi to continue to start. With Trincao on edge and just having the one training session before the game, Antoine Griezmann could be handed his fourth start of the season on the right-wing.

Forming the tip of the midfield and the fulcrum of the attack will be Phillipe Coutinho who carried his great form through the international break. However, one would expect him to be replaced by the likes of Pedri or Puig early in the second half. Miralem Pjanic’s injury leaves no doubt as to the starters in deep midfield. Following a fairytale performance against Italy, Frenkie de Jong will look to carry his great form. Though it seemed to be the right time to bring in Pjanic as a starter, it looks like Cules will have to wait a tad bit longer. Busquets could be given the nod ahead of the Bosnian for the fourth game in a row. The pivot will have to be extremely prophylactic in their approach, as they will be the focal target of Getafe’s press.

With Firpo and Alba out, there will be massive changes in the backline. One would expect Roberto to continue in the right-back role, whilst newcomer Sergino Dest could well replace the Injured Alba at left-back. Given that Getafe does often like long balls out wide, the duo will have enhanced defensive responsibilities come the night.

In central defence, Gerard Pique will once again step onto the field after a week off. Clement Lenglet to is expected to start, after he missed the game against Sevilla through suspension. Between the posts, undoubtedly, Neto will try to extend his great run.