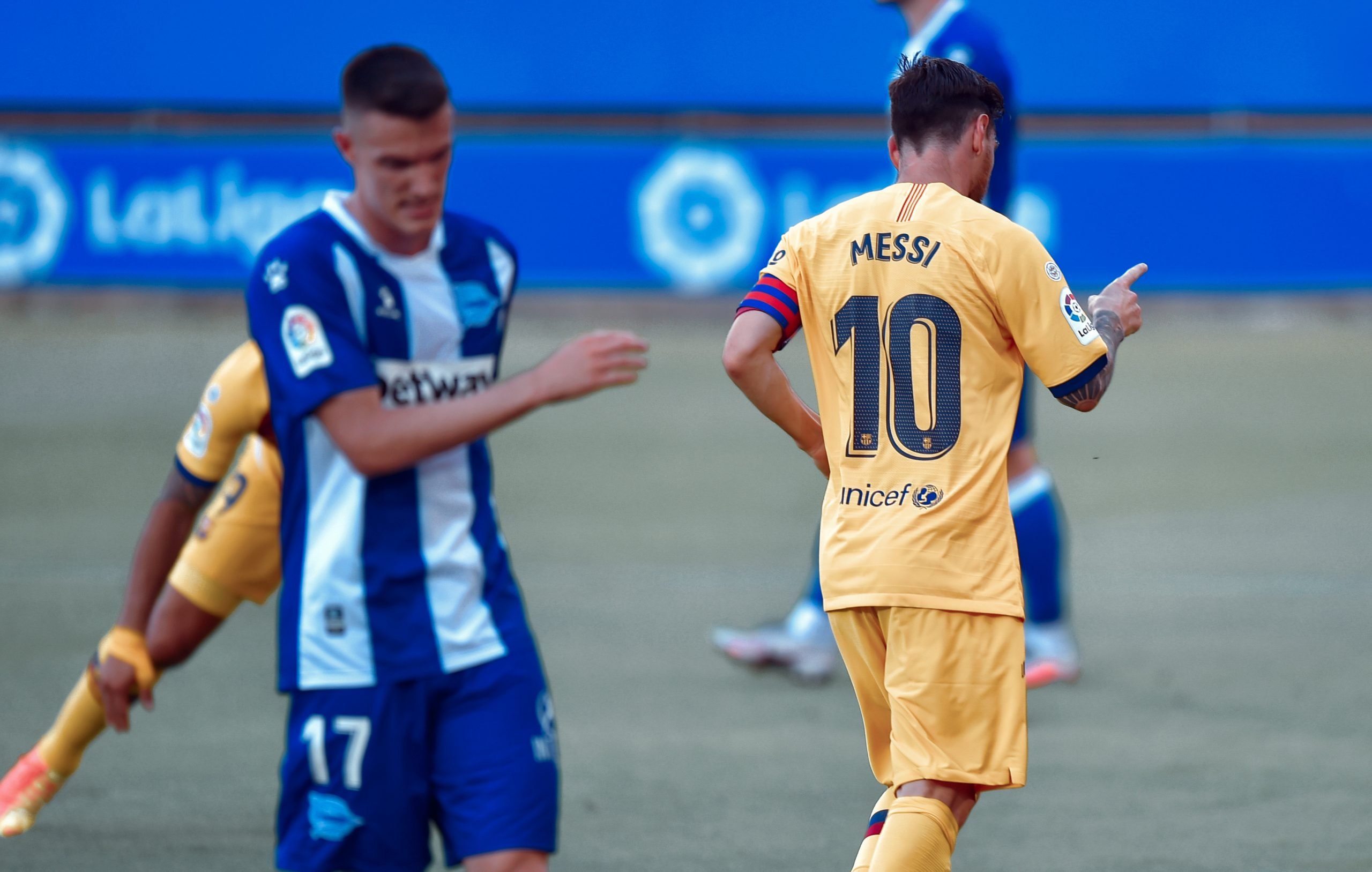 After an emphatic victory in Turin, Barcelona return to Spain to take on Deportivo Alavés with their heads held high. A complete performance could bring nothing but optimism to each of the players.

The Catalans have enjoyed an impressive start to their Champions League campaign, having dominated both their oppositions so far. The story in the League, however, has not been as sweet. Heading into their sixth clash, Barcelona languishes at 12th on the table. With only two victories to show for, it is a cause of mild fear.

The Blaugranas now head into their final three clashes before the international break, all of which fall within just 8 days. The tight schedule leading up to this will be a factor that may force rotations. Concurrently, however, Barcelona cannot afford to drop more points in the League. Undoubtedly, man-management is crucial at such a stage when the only accepted results are victories.

The first of the three upcoming clashes comes tomorrow at the Estadio de Mendizorroza. Alavés are always a tricky side to play, however, there is also a Champions League clash just around the corner. Which means it will be crucial for Koeman to find the perfect XI that can capture the best of both worlds.

What to expect from Alaves?

The Vitoria-Gasteiz based side currently find themselves at the wrong half of the table. They had a dismal start to the new season just salvaging the one point from their opening four clashes. Overall, they have emerged on top in just two of their seven games, losing four games in the process. It has been a rough start for the Basque side under new coach Pablo Machin.

Alaves have predominantly played with a back three over the season, though on some occasions they have gone back to a defensive four. The trusted backline for Machin has been the pairing of Victor Laguardia and Florian Lejuene. Machin has complemented them with Ximo Navarro or Rodrigo Ely when in a back three.

The potent attacking side has been the left-wing with Ruben Duarte being a merciless force on the flank. He has started on occasions as the third central defender but has predominantly acted as a fullback for the side.

Rodrigo Battaglia has been crucial to the side with his defensive midfield duties, especially when the fullbacks push in the attack. Irrespective of the system, the side have pushed men into the midfield to gain a numerical superiority. Additionally, overlapping runs have often combined with wider players like Duarte to create openings.

The left-wing has been the more active wing by far, with Pere Pons and Joselu upping the intensity. In attack, Alaves finds itself with an abundance of resources with the likes of Joselu, Lucas Perez and Devyson on its ranks.

Very much like Machin’s Sevilla, this Alaves side has morphed into a 3-5-2 in many games. In defence, the wingbacks drop deep to form a compact five-person back-line. The centre-backs are crucial in the buildup and often invite the high press from oppositions, trying to create holes in the enemy’s formation.

How should Barcelona Line-up?

Barcelona this season have been rejuvenated, especially in pressurising the opposition. This has been primarily because of the addition of young legs in the form of Ansu Fati and Pedri. This was seen once again against Juventus, where the Italian Champions were barely given and space to breathe. With Alaves trying to open up spaces by inviting press, Koeman must choose his front four wisely.

After starting back-to-back high profile clashes, one would expect young Pedri to start this game on the bench. This again opens up space for Antoine Greizmann to start alongside Lionel Messi. While the Frenchman will start as the striker on paper, he will have a fluid role constantly dropping deeper to join the press. Lionel Messi will be starting as the attacking midfielder and will be the focal point of every attack.

After a well-deserved rest in the last game, Ansu Fati will jump back into the starting lineup as the left-winger. On the right side, Ousmane Dembele could get a second successive start. With the Alavés left side being heavily involved in the attack, it is an ideal scenario for Dembele to strike on the counter.

Ansu Fati and Jordi Alba will be a duel threat for Barça on the left. (Photo by Alex Caparros/Getty Images)

The midfield is where there have been a lot of doubts as to working combinations. Starting Sergio Busquets alongside Frenkie de Jong has clearly not worked out for the Catalans. Hence, Miralem Pjanic could find himself a starting position alongside the Dutch midfielder at the Mendizorozza. The Bosnian had a rocky start against his former side on Wednesday; however, he finished the game with a sound performance. Furthermore, his ability to break the lines could prove invaluable against a compact five-man defence.

At left-back, there are hardly any doubts as to who will start. Jordi Alba as always will provide a constant source of worry to the likes of Edgar Mendez whose advanced position could be exploited. It is the right-back position though that is crucial.

Indeed, the Blaugranas will need someone who can quickly recover to his position and mask the potent left-side attack of Alaves. Looking at Sergino Dest’s masterclass against Real Madrid, he would be the ideal man to start at the crucial position.

Ronald Araujo has been ruled out through injury for close to a month. Samuel Umtiti too, has just returned to training. With that in mind, Gerard Pique and Clement Lenglet are the only two options to start at central defence. It will be a risky move, but there are no other options for Koeman. One injury or suspension and Barcelona will find themselves at a lack of personnel.

Marc Andre ter Stegen has just returned to training, yet will not be completely fit to start. Undoubtedly, Neto will continue to don the gloves in the German shot-stoppers absence.