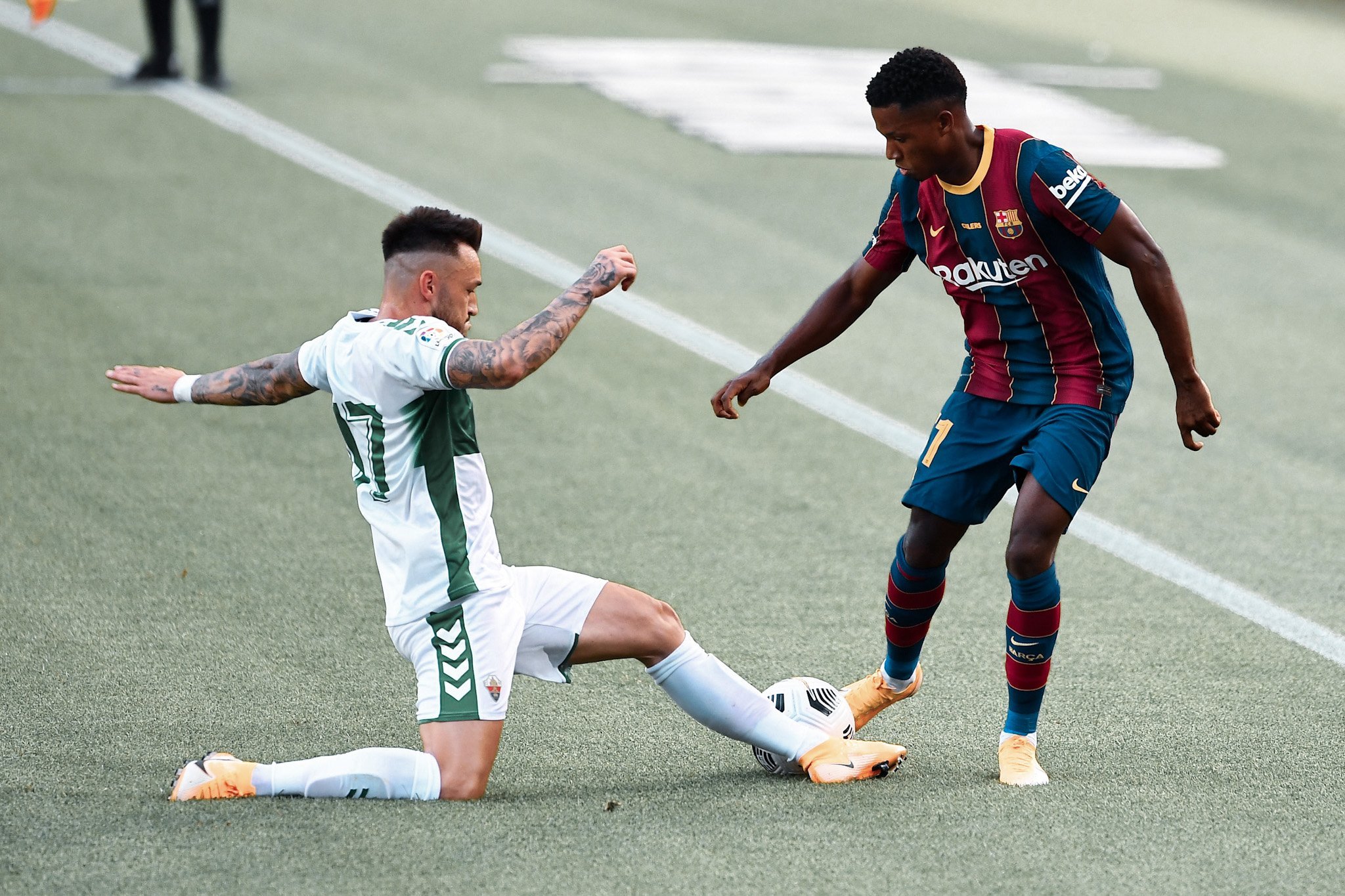 The second game of a hectic week is upon us as Ronald Koeman and his men travel to Galicia for the second game of the 2020/21 season. The Estadio de Balaídos is not a name that brings pleasant memories to FC Barcelona. It is a stadium where the Catalans have not tasted victory in six encounters. To add salt to the wound, it is the place where they let the title slip from their hands less than three months ago.

The blaugranas are coming off a resounding victory over Villareal that saw a dominant first-half display followed by a silent second half. A pattern that echoed the performance in the 2–2 draw at the Balaídos just a few months ago. Despite putting up one of the best displays the team had seen along with a dominant first-half display, slackness in the second period cost them two crucial points. Nevertheless, with a rejuvenated and younger squad determined to prove themselves, one would expect things to go differently.

Celta de Vigo has played three games so far in the new campaign. After opening with a draw against Eibar, they pulled off a victory over Valencia in Matchday 2. Their most recent match was against Real Valladolid where the Galicians were held to a 1–1 draw. Despite having started the season earlier, Óscar García’s men are yet to arrive at a settled eleven. Three formations have been tried out in three games, with none working convincingly.

The initial 4–3–3 formation was met with considerable defensive instability, prompting García to switch over to a 4–4–2 against Valencia. However, as the game progressed, the team slowly morphed to a more comfortable 4–2–3–1 which was once again seen against Real Valladolid. For long stretches in the game, Renato Tapia dropped between the centre-backs making it five in defence. Fran Beltrán played a higher line, slotting in between Nolito and Denis Suárez, helping provide a midfield dominance. With Emre Mor active in the half-space, the team was constantly on the look for Iago Aspas’s dangerous sprints behind the defenders. Thereby, it was effectively a 3–5–2 in the attack. A system strikingly similar to the team fielded against Barcelona in June.

“We expect a difficult match. In recent years Barça has not been able to win in Vigo. It is a complicated team, with good players. We have to be be ready for it and play our own game to win”

One can expect a similar approach tomorrow night, with a compact five-man defensive line when Barcelona are in possession. The last time these two teams faced, it was the dynamic duo of Ansu Fati and Riqui Puig the combined wonderfully to create threats on the left-wing. Ansu’s ability to act as a true winger turned out trumps as the fullbacks were forced to stay wider, opening up central spaces for Lionel Messi and Riqui Puig. The concentration of play was significantly lower on Barcelona’s right wing, owing to the lack of a natural winger. Nevertheless, Arturo Vidal covering up defensive duties enabled Nélson Semedo to make some attacking runs in the final third.

This could be the key for Koeman once again as this is exactly the kind of opposition his 4–2–3–1 set-up flourishes against. It would be but natural to expect Ansu Fati to start on the left wing. Owing to the shortage of options, Lionel Messi will once again operate as the central striker. With the dribbling flair that Francisco Trincão has shown in training and in real action, he is an ideal option to play on the right wing. His dribbling skills and pace would function similar to Ansu’s on the left wing.

Thus, this will render both sides of the field on level attacking terms. After an impressive showing against Villareal, Phillipe Coutinho must surely be given another go as the attacking midfielder. He could be instrumental in connecting the pivots with the attack, slotting ahead of the double pivot.

The double pivot will certainly see the young Dutch protege Frenkie de Jong retain his spot as the advanced defensive midfielder. Alongside him, though, Koeman should opt for Miralem Pjanić to replace Sergio Busquets, who had many evident mistakes on Sunday. The Bosnian had an immense impact coming off the bench the other night. In addition to providing defensive stability, Pjanić is adept at connecting with the wingers from deep positions. Against Celta, it is an ability that could prove to be a trump move.

With a new competitor set to join him ahead of the clash against Sevilla, Sergi Roberto will enjoy one last game as the undisputed starter at right-back. Jordi Alba will once again be looking to impress Koeman following an impressive showing against Villareal.

In central defence, Gerard Piqué and Clément Lenglet will certainly hold on to their spots along with Neto behind them. The centre-backs need to be on the constant lookout for Aspas’s runs. Parallelly, they must be wary of former Barça man Denis Suárez, who can be a real cause of trouble. A massive test for the Catalan defence, but a necessary one ahead of a crucial clash against Sevilla.