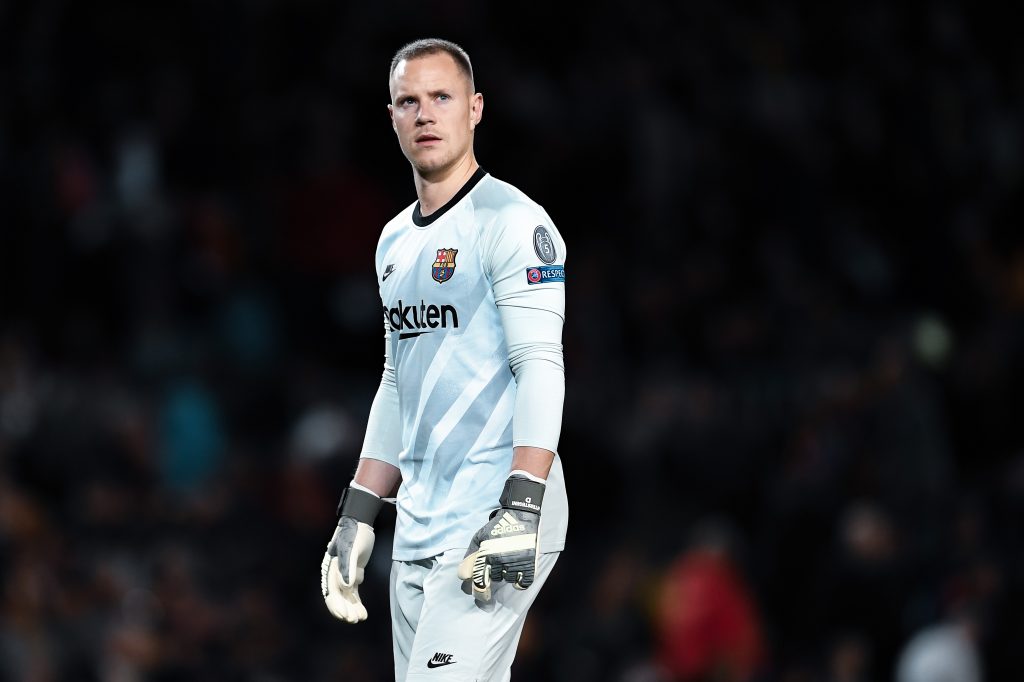 The squad of FC Barcelona has arrived at Lisbon ahead of their quarter-finals against German Champions Bayern Munich. It will be a single-legged affair held in a neutral venue. With so much riding on this game, how should Barcelona line-up against Bayern?

It’s finally here! The gargantuan clash that has been hyped beyond imagination is finally just a day away. And rightly so. A clash between two five-time European Champions promises nothing but absolute fireworks. For Barcelona, it is not only a spot in the semi-finals but also their reputation at stake. The disregarding comments made in the past few days must by rivals Bayern Munich have surely got their blood boiling.

Quique Setién announced a squad of 26 players who will travel to Portugal. The list also includes Ousmane Dembélé who is yet to be given the medical green light, and Martin Braithwaite, who is currently not eligible to play the competition. With such a monumental clash staring them in the eye, here is what the Barça line-up should be against Bayern Munich:

For Ter Stegen, this clash is much more than just a quarter-final. Much has been made of the Manuel Neuer / Ter Stegen debate for the national team. The 28-year-old has been overlooked time and time again owing to the influence of the Bayern administration on the national team. This is his chance to make a statement and prove to the world that he is worthy. Undoubtedly, he will be looking to put up one of his best performances yet against his nemesis.

“Germany is fortunate to have this pair of goalkeepers, although Neuer is truly world-class and Ter Stegen is still on his way to that level”

Piqué is no stranger to being made the scapegoat for embarrassing defeats. The last few years haven’t been kind for Barcelona in the Champions League, even less so for Piqué. The Spaniard has been often criticized for crumbling when it matters the most. The upcoming clash provides him with a great chance to silence his critics.

Clément Lenglet was enormous in the encounter against Napoli, and no doubt he will look to keep going. It is no secret that the German champions have an extremely menacing front line. Additionally, they have been known for peppering in accurate crosses from the wings. On Friday, Lenglet will be put to the ultimate test. Anything short of a defensive masterclass from the Frenchman will be a huge blow to the Catalans.

Going up against one of the most versatile full-backs in Alphonso Davies will require a cautious approach from Semedo. Davies has a searing pace, and it will be up to the Portuguese international to cover the flank defensively. Semedo put up an outstanding display against Napoli, and the azulgranas will need him to be at his best once again.

The terrors of Anfield surely still give Jordi Alba nightmares. However, this is a chance at redemption for the Spaniard. He has been defensively superb throughout the season, though on and off going upfront. Suppressing Bayern’s wing play is a daunting, but nothing that Alba isn’t capable of. It will be essential for Barcelona for their left-back to be physically and mentally prepared for yet another massive game.

Busquets’ return to the squad is one that Setién will welcome with open arms. The veteran midfielder is the heart and soul of the team. Against an opposition that is known for a relentless press, his composure on the ball and immaculate distribution will be immense. Not to mention. He is the first line of defence and will have a massive role if the like of Thomas Müller and Robert Lewandowski are to be silenced.

De Jong‘s performance against Napoli was lauded unanimously. It was his first start since his return from injury and he showed exactly why the team missed his presence. Though the return of Busquets implies a change in role for the Dutchman, his verticality and energy is something the midfield could use in spades.

Vidal too sat out the game against Napoli due to suspension. His dedication and physicality could prove to be an X factor for the blaugranas. As we have seen so often, his off the ball runs could be crucial in launching counters. That could be the key in a clash where we will be on the back foot in terms of possession.

Cometh the big game, cometh Lonel Messi. Regardless of the opposition, the Argentine is often the difference-maker for Barcelona. No one has forgotten how he single-handedly demolished the same opposition in 2015. The world also remembers how he single-handedly carried the team to a 3–0 first leg victory against Liverpool just last season. He is the one man every Bayern fan is scared of ahead of tomorrows clash. He will once again be looking to produce a display to cherish for years.

In a game of such astronomical proportions, getting away shots on target is crucial. In the squad, though, there are very few players that provide that. Luis Suárez is capable of scoring screamers from even the most unexpected positions. Sure, his record in the UCL has been horrific in the past years. Nonetheless, his starting may not be as bad an idea as people fear.

The name of the 17-year-old La Masía prodigy rounds off the XI for Friday night. To say that Ansu Fati will have a massive role would be an understatement. His presence would add a totally new dimension to the Catalans play. Catching Bayern on the counter could hold the key to this clash. With Ousmane Dembélé not yet getting the medical clearance, Fati is the perfect solution. His pace and proactiveness provide the cutting edge that Barcelona desperately need.