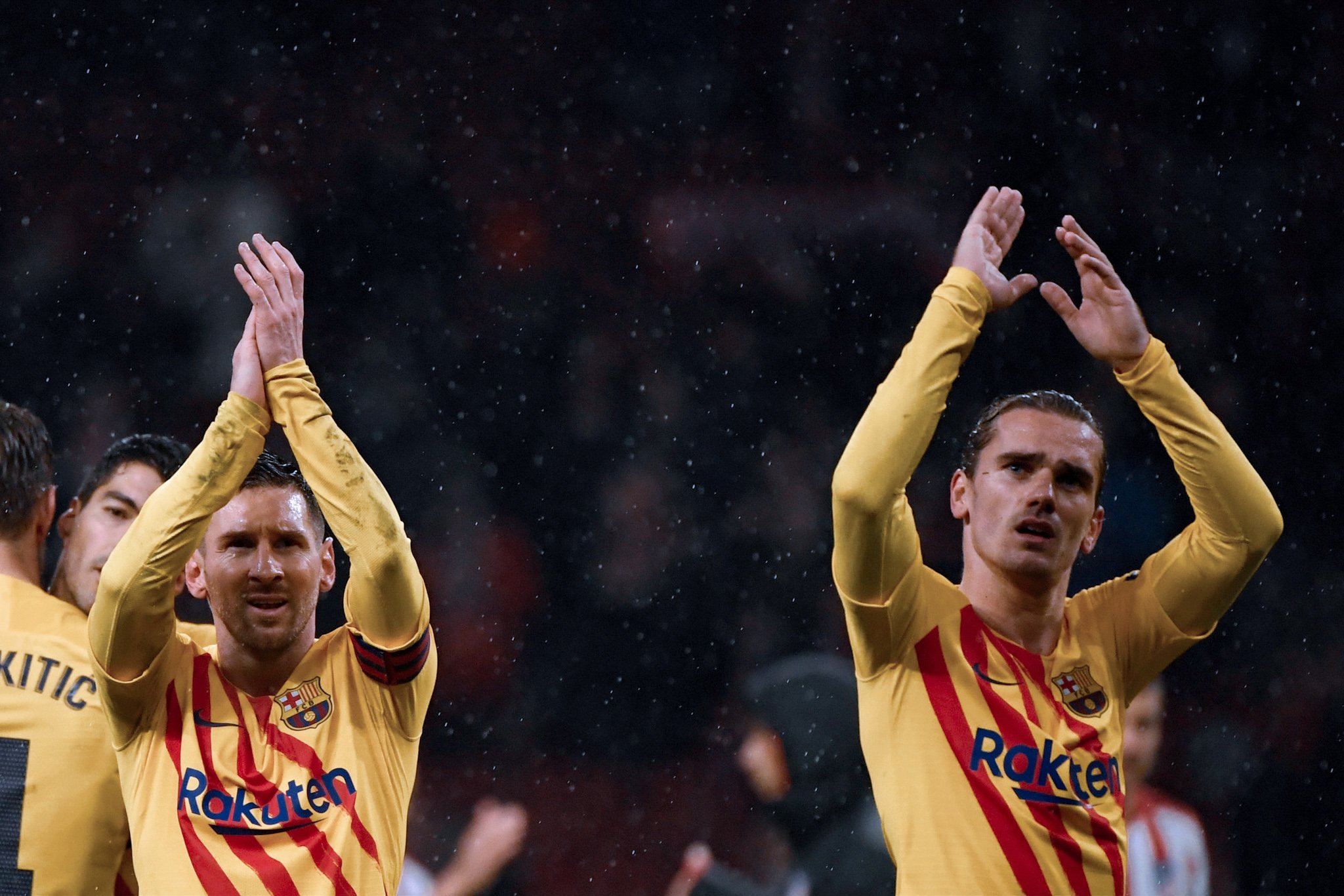 Straight back from the international break and thrown into the deep end against Atletico Madrid, Barcelona have their work cut out for them. That the league has not been a fairytale for the Catalans is well known, and aptly reflected in the standings. Barcelona sit eighth in the table, having won less than half the games they have played. Yet, the silver lining to this dark cloud is the fact that their last game in La Liga was a dominating 5-2 demolition of Real Betis.

Nevertheless, there are doubts aplenty heading into this heavyweight clash. Ronald Koeman finds himself at the centre of a rather uncomfortable position, on multiple fronts.

A nasty clash in the game against Real Betis finds Ansu Fati ruled out for four months. The Guinea-Bissau born youngster was undoubtedly one of the star performers for the Catalans and one of their go-to men for goals. In his absence, who will lead the scoring?

To rub salt into the wound, Sergio Busquets too has been sidelined for the game on Saturday. Pedri too received a minor knock in his game with the Spain U-21 and did not participate in the following encounter as a precaution. Yet, will the 17-year-old be ready? The questions continue to pile up, and Koeman needs to find the answers on Saturday.

What to expect from Atletico Madrid?

Los Rojiblancos find themselves at third on the League standings, with five wins from their opening seven encounters. True to their philosophy, they have only conceded two goals in their seven games while scoring seventeen. If anything, this is an indication of their capability.

Atletico Madrid under Diego Simeone has become one of the few sides in Europe to be distinctly associated with a particular style of play. The side is feared for their defensive resilience, compact lines and hardworking players. Their disciplined lines render them one of the most difficult sides to break down, a trend recent clashed against Barcelona reflect too.

Simeone has largely stuck to his successful 4-4-2 formation this season too, however with some personnel changes. Barcelona legend Luis Suarez now plays in the famous red-and-white colours of Madrid and is the first choice no.9 for the side. Unfortunately, however, he will miss the clash against Barcelona after testing positive for Coronavirus in the international break.

Felix and Suarez have formed a strong partnership, and Barcelona will be lucky that only one of them will feature against them. (Photo by GABRIEL BOUYS / AFP)

The last-minute departure of Thomas Partey left Los Rojiblancos in a fix. Nevertheless, a side that has the likes of Koke, Saul Niguez, Hector Herrera and Marcos Llorente can seldom be in trouble.

The key for Simeone’s side, however, has been the young Portuguese prodigy up-front, Joao Felix. Many regard him as the best player in La Liga this season. Hs magical feet are capable of breaking down even the most experienced of defences with astounding ease. He is a match-winner and one that Barcelona will have to keep a close eye on throughout the game.

Compensating for the loss of Ansu Fati will be an uphill task for the Dutchman. Nevertheless, there is no denying that Barcelona do have a lot of firepower left in their ranks

Lionel Messi who has been started in relatively central positions this season could drift wide to his old position on the right-wing. With his first goal from open play in the bag, it is now time for the captain to put his foot on the gas.

Lionel Messi will be key tonight, as he always is. (Photo by Josep LAGO / AFP)

On the left-wing, Ousmane Dembele could get a well-deserved start. The Frenchman has impressed in the few minutes he has received this season. Undoubtedly, he will be a crucial part of the front line. At centre-forward, one would expect Antoine Griezmann to get a start after a positive yet mixed performance before the break.

With Phillipe Coutinho receiving the medical all-clear ahead of the game, the Brazilian could feature in the attacking midfield position. Given Pedri’s recent knock, it would be wise to provide him time to recuperate.

In the midfield, Sergio Busquets’ injury leaves no doubts as to who will feature on Saturday. Frenkie de Jong, on whom Xavi Hernandez recently had a lot of praises to shower, will undoubtedly start. Alongside him, Miralem Pjanic will almost certainly get the nod with Busquets out of the squad. It will be one of the best chances for the Bosnian to capitalise on and stake claim on a regular starting spot.

? — Xavi: "De Jong is an extraordinary player. He isn't afraid to receive the ball in areas where it is difficult to turn. De Jong is De Jong, he has nothing to do with Iniesta, Busquets or me." pic.twitter.com/JhIkPbNuNb

Jordi Alba returns to action after a two-week hiatus and will be raring to go ahead of the herculean challenge. At right-back, however, Sergino Dest could get a well-deserved start. The former Ajax star’s technical ability along with his pace could be the key to overcoming Diego Simeone’s infamous low block. Koeman has trusted him against the other Madrid based side, and the outcome was very conspicuous.

At central defence, Gerard Pique and Clement Lenglet will hold onto their starting spots. With Ronald Araujo still not fit, there are no other first-team options on the platter too. Yet, the duo will need to come up with an inspired performance to stop the red-hot Joao Felix.

In goal undoubtedly, Marc Andre ter Stegen will be looking forward to his third start of the season since his return from surgery.