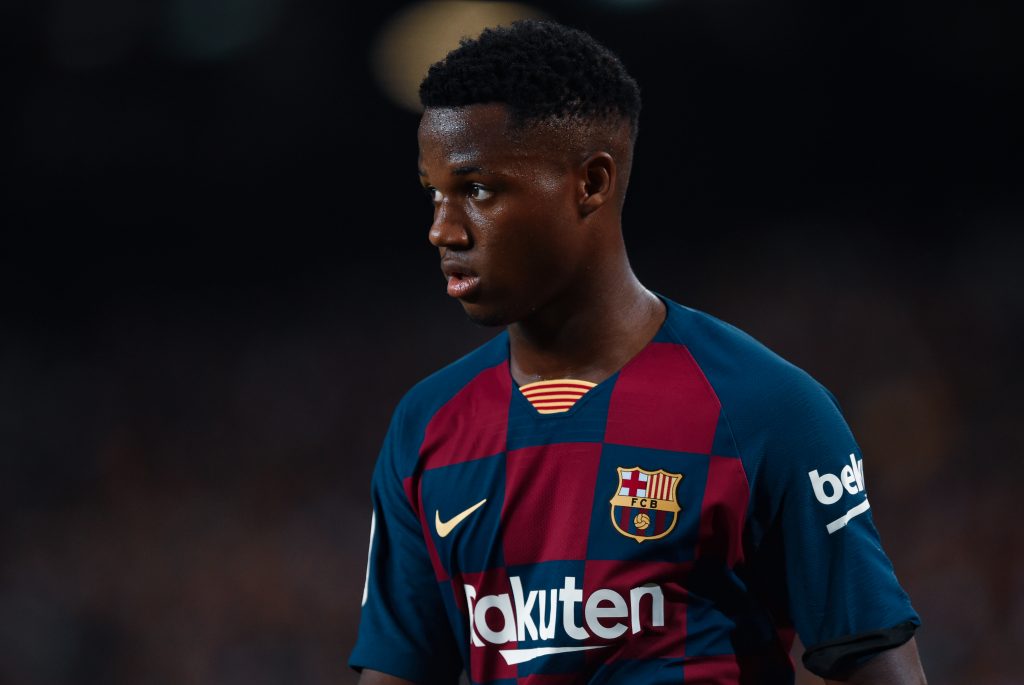 After a poor showing against Osasuna at their own den, Barcelona now has one last hurdle in the Spanish League. The team has come immense criticism in the past few days. Under such tremendous pressure, what should the Barcelona line-up be against Alavés?

The very final game of the league season for the former champions. After a painful night at the Camp Nou and considerable chiding by a frustrated Lionel Messi, the squad now travel to the Mendizorroza stadium to face Alavés. With nothing to play for but pride, it is the perfect time for Quique Setién to rotate the squad and experiment things before the Champions League. Bookings for Gerard Piqué, Iván Rakitić and Junior Firpo against Osasuna mean that they are unavailable for selection. Antoine Griezmann, Arthur Melo, Samuel Umtiti and Ousmane Dembélé continue to be ruled out via injury. Riqui Pig, Ansu Fati and Ronald Araújo were denied permission to travel with the B team for the all-important play-offs in Malaga in order to strengthen the first team.

“I would have liked the circumstances to be different, I’m sorry but it will not be possible for them to play with the B team”

Quique Setién
ahead of the Alavés clash

Quique Setién travels to Vitoria with an extremely thin squad of 16 players, of which four are B team youngsters. With only 13 outfield players available for selection, Setién finds himself in a crisis even before the opening whistle of the game. Given the constraints, here is how Barcelona should line-up against Alavés:

Despite the best of his efforts, Ter Stegen was helpless against the ruthless counter of Osasuna. Despite there being nothing to gain from the game, the German will be looking to start in between the sticks for the Catalans. Every game is a new game, and every clean sheet equally important. Given the tough schedule, changing things now wouldn’t be a great idea for Setién.

The chain of injuries to Umtiti has seen the rise of Araújo in the pecking order. Having Piqué out by suspension, his role in the starting XI becomes a no brainer. Given the Champions League coming up, it is critical for Quique to weigh all his options. Giving Araújo options will not only help the Uruguayan get match fit but also provide the coach with fresh insights.

Under an acute shortage of options, Lenglet will be undoubtedly expected to start the clash on Sunday night. Under the absence of B team players too on the bench, the Frenchman must be sturdy yet cautious on the night. His importance in the team needn’t even be explained. Setién will be counting on him one last time in the league as the curtains draw to a close.

After a mixed set of performances, Semedo is lucky that the coach counts on Sergi Roberto more in the midfield. Despite an explosive start after the break, he has slowed down in recent games. Though defensively reliable, he has time and again shown lack of ideas going front. Once again, he couldn’t provide any creative sparks against the low block of Osasuna. With this being the last chance to prove himself before the Champions League, the Portuguese international will be looking to make the most of it.

Despite Nélson Semedo’s inconsistent displays, Sergi Roberto has been mostly used as a midfielder lately | Photo by Josep Lago / AFP via Imago

Once again, in spite of this being a clash of no importance, Jordi Alba finds himself forced to start due to an acute shortage of options. However, maybe it is for the good. After getting much-deserved rest in the last clash, he will be looking for redemption. The team have one last chance to boost morale before an important month, and Alba will be crucial for this introspection.

After getting a day off against Osasuna, Busquets will be an integral part of the team’s plans again. As Quique Setién continues to brainstorm over the perfect midfield combination, Busquets is one guaranteed piece in the puzzle. His importance once again reflected in the loss at the Camp Nou as the team failed to break down the visitors’ defence. An unquestionable starter.

The rise of Riqui Puig was long pending, but it couldn’t have come at a better time. The team finds itself in a dark hole, but the La Masía starlet has been one of the few bright rays through the disappointing season. There is no question that he will have a large part to play in Barcelona’s near and long-term future. He should be handed one last chance in La Liga to justify why he was kept with the first team instead of travelling to Malaga for the Segunda B play-offs.

After a month out through injury, Frenkie de Jong was finally back in action against Osasuna. He was introduced late in the game, as most players are post injuries. With this being one last chance ahead of the Champions League, the Dutchman has everything to prove. After all, the team need him to be match-ready for the massive challenge up ahead

Arturo Vidal has never lost the domestic league in the last eight seasons, but not anymore. Having lost La Liga, the Chilean posted a rather passionate and self-evaluating message on social media. Now with one last game domestically, he will be gunning for all three points to finish on a high.

Big rotations are expected, even including Lionel Messi | Photo by Aitor Alcalde via Getty Images

Suárez did not start the game on Thursday night. Nevertheless, after a rather disappointing first-half performance by Martin Braithwaite, he was brought on rather soon. He scored a peach of a goal but was undeniably offside. He has been under intense criticism in the last few weeks, and he will want to prove a point at the Mendizorroza.

Despite the team not enjoying a great day offensively, Fati made a reasonable impact against Osasuna. He Ansu was statistically the player with the most progressive movement, three key passes and two shots on the night. With this being the perfect time to rest Lionel Messi, Fati’s role in the team becomes altho more important.