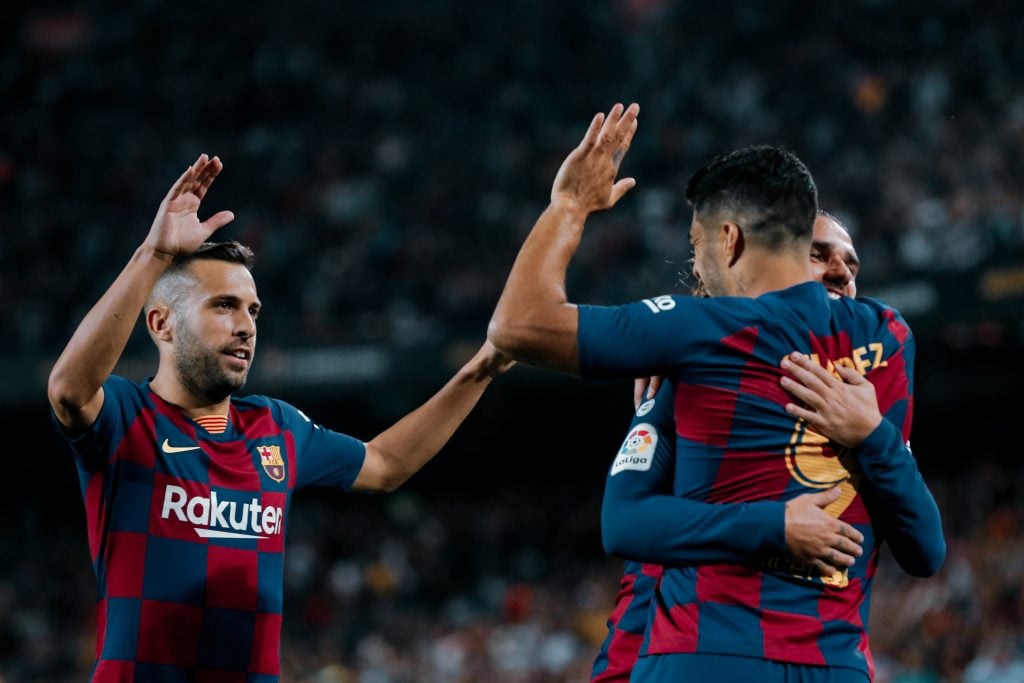 With the return of LaLiga edging ever close and the Catalans’ visit to Mallorca just around the corner, the question remains: How should Barça line up for the remainder of the 2019/20 campaign?

Of course, there is no straightforward answer and this is by no means an easy task for Quique Setién but one that should give him a kind of sweet misery, if you will.

Still, we know it’s also something that will undoubtedly please some and then annoy others at the same time. And with so many stars in the team with Lionel Messi, Antoine Griezmann, Frenkie de Jong and of course the returnee Luis Suárez, who has received the medical green light following his knee surgery in January, the choices seem endless. So how should Barça line up for the end of the season? Let’s see…

Was there any doubt at all about this position? Ter Stegen has made the position between the sticks his own and the German is very much one of the best goalies on the whole planet.

There is no doubt he will indeed be Barcelona’s first choice once LaLiga returns.

And while we can’t say for sure what will happen with Samuel Umtiti in the end, one thing is for sure, if Piqué is healthy, he will start and if the season so far is any indication at all, Lenglet will be right there beside him.

This pairing has served Barcelona reasonably well and while their defence is not as solid as ever, they do offer some reliability and it’s likely they should remain as Setién’s first-choice centre-backs.

Now here’s an eternal Barcelona question right there: Who should start at right-back, Semedo or Sergi Roberto? And while Roberto is more of a swiss-knife for the Catalans, and is more adept in attack, it does feel like Semedo still has lots to prove and should be pushing to make that position his own.

Defensively he is sound enough and has shown glimpses of improvement under the new coach. And who knows, maybe Setién can finally forge him into the right-back Barcelona deserve.

Of course, this is all under the assumption the Portuguese actually stays at the club, which is also not set in stone at the moment. On the other side of the pitch, the situation is much clearer: Jordi Alba is still the top-dog and Junior Firpo has a long way to go still. Assuming he doesn’t get sold as well, of course.

The midfield should arguably be Barcelona’s most important cog but it feels like it’s still trying to find itself. In theory, Sergio Busquets, Arthur Melo and Frenkie de Jong are indeed the three most gifted and best midfielders at the club but it remains to be seen whether they can work together well.

Maybe the coach decides to shuffle the cards a bit and give a shot to Arturo Vidal or Iván Rakitić instead but on paper, this is very much the best trio they can field.

If there was one player that has a guaranteed spot in the squad, we all know it’s Lionel Messi. But who are his ideal partners in crime? The Uruguayan and the Argentine have a telepathic connection and maybe the return of Luis Suárez will also benefit Messi. But how does Antoine Griezmann fit into all of that?

The Frenchman is more of a Messi than a Suárez and he likes to cut inside, drop deep and combine with the midfield. But he is also not a winger and Barcelona need wingers in attack. It feels like this is the strongest trio of forwards in the squad but how will it work on the pitch?

On paper, and if Setién sticks to the 4–3–3 formation, this is what we can expect from the start:

However, there are some alternatives like a 4–4–2 diamond or a 3–4–3 / 3–5–2 systems, all of which could be interesting with the available personnel.

One way or the other, it will be interesting to see how Barça line up once the season resumes. What do you think? Setién’s intentions are expected to be revealed soon, but what is the best formation on paper?

• The Barcelona defence: What are the options?