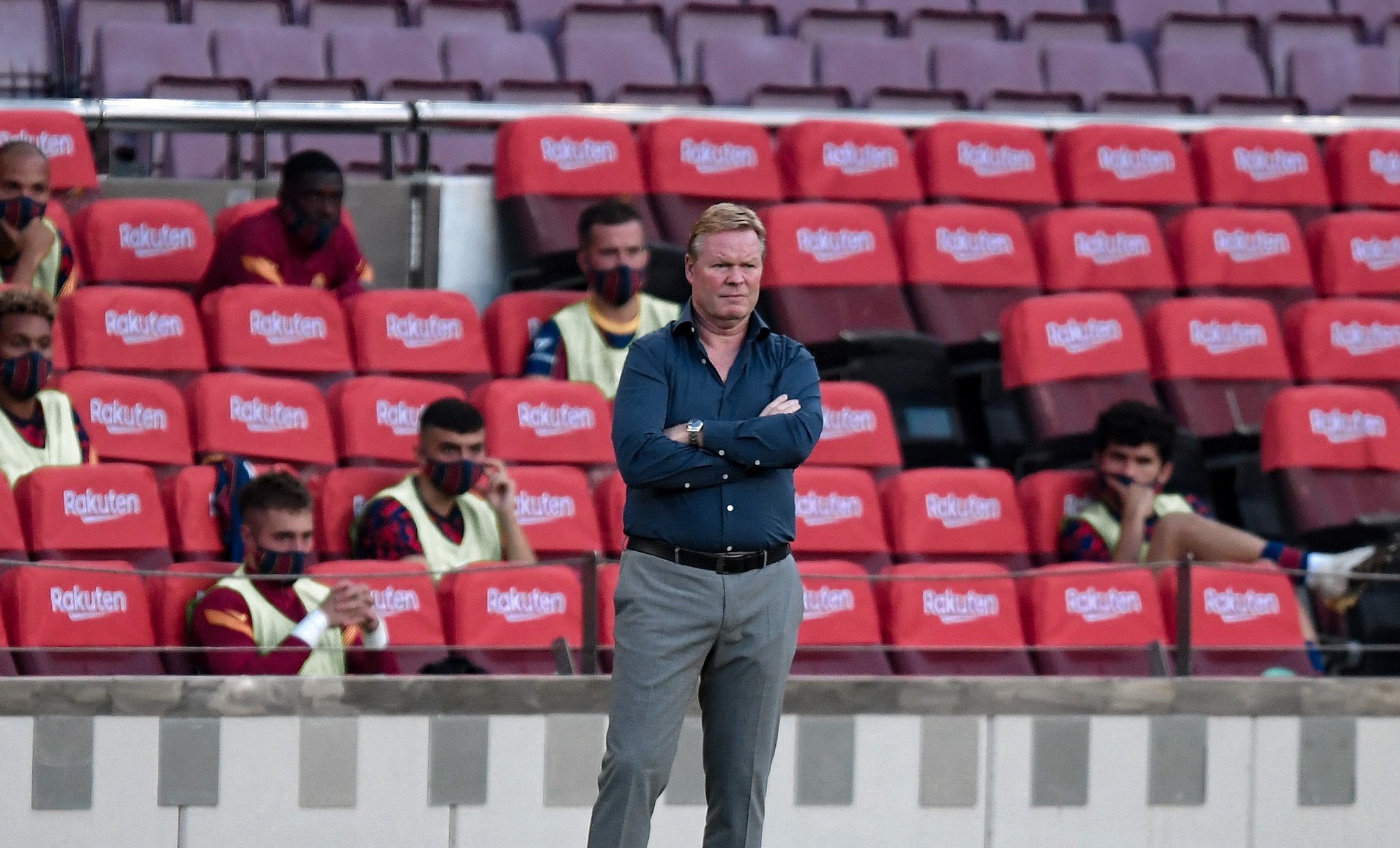 A loaded squad is the best thing that any club can ask for, however, it is a manager’s nightmare. Juggling the players such that everyone is satisfied, without compromising on the performance is easier said than done. Koeman finds himself in a gold mine filled with resources. With talented youngsters breaking through from the academy and the new signings and returnees impressing, there seems to be a sudden surge in the options available.

Under such circumstances, knowing when to use which player becomes crucial. Timely and tactically appropriate substitutions will be the way forward. Here is a quick look at the options the Dutchman has at his disposal and how he can maximise the output of this Barcelona team.

A department where Koeman finds himself with a man down, but not for much longer. With Marc Andre ter Stegen missing out on the first few months of the season, former Valencia man Neto has become the first choice keeper. The German shot-stopper will be out for approximately another month. Till then, it will be upon Neto and the La Masia lads Inaki Pena and Arnau Tenas to cover up. The Brazilian had a shaky start in the preseason, however, now seems to be settled.

The department with an acute shortage of personnel. While having too many resources necessitates the right rotations, having very limited options requires a similar approach too. It is no secret that Barcelona is looking for a 4th centre-back in the market, with Manchester City’s Eric Garcia constantly linked to a return home.

Koeman does not seem to count on Umtiti and Todibo at all and has restrained from even talking about them in press conferences. Gerard Pique, Clement Lenglet and Ronald Araujo remain the only realistic option to fill in 2 CB spots. This, of course, means that there will have to be an effective rotation of players here, not only for adequate rest but to accommodate for bookings and suspensions. No doubt, this will be a big year for Ronald Araujo.

At Right-back, the arrival of Sergino Dest gives the position a new look. With the departure of Semedo, it appears that Roberto and Dest will both get playing time in spades. It remains to be seen how well the USMNT defender integrates into Barcelona. For this season, however, Koeman will understandably turn to Roberto as the primary Right-back while slowly integrating Dest into his plans too.

On the other side of the field, there do not seem to be many problems for Jordi Alba. While he knows he will have to keep his best to hold on to his position, Firpo does not seem to have what it takes to displace the Spaniard. Koeman will look to use Firpo whenever Alba needs to be rested. Beyond that, it seems to be a one-man position.

Koeman’s double pivot has worked extensively to the favour of Frenkie de Jong, Sergio Busquets and Miralem Pjanic. At the same time, it has rendered Carles Alena and Riqui Puig homeless. The options in midfield are extensive, however not technically right for the 4-2-3-1.

Koeman has stressed that de Jong will the in the midfield spotlight. While Busquets has started the first 2 games alongside the former Ajax star, it would not be surprising to see Pjanic take over in the coming games. Nevertheless, having 3 players compete for 2 spots is healthy competition, and Koeman will effectively rotate them.

As for Alena and Puig, they will have to patiently wait for games where there is a system change. A 4-2-3-1 will not necessarily work against all teams, particularly those that play with a midfield overload. In such games, Koeman should not hesitate from utilising Riqui or Alena for their line-breaking and progressive style of play. Additionally, both the La Masia graduates are capable of playing the AMF role in case of any suspension or injury. While they may not be regular starters, the manager needs to give them game time to prove their abilities. Once the season completely kicks in with all 3 competitions on the go, these resources will be invaluable.

The list of options up-front is exhausting. In Koeman’s usual system, there are 4 berths available in the attack. Traditionally, he would like to play 2 natural wingers with. An attacking midfielder. The trio would be situated just behind the central striker. Nevertheless, what one can make out from the little we have seen is that the positions are fluid. Coutinho seems to be the default option to play as the CAM, behind Lionel Messi who is currently operating as the striker.

Antoine Griezmann has had a poor start to the season. Though his off-the-ball movements have been crucial, he has not contributed much otherwise. The manager could be tempted to swap him with some of the other options in his hands like Trincao or Dembele.

With Ansu Fati, Trincao, Dembele, and Konrad putting their hands up, it is necessary to make effective substitutions. Ansu provides the killer instinct that the team lacks, along with wonderful combinatorial play. With what we have seen so far, he might be a starter in this team. Trincao provides width and pace, along with a considerable amount of dribbling skills, a valuable asset when facing low blocks. He should be started ahead of Griezmann in such games. Dembele is a phenomenon, however, it seems difficult to fathom him starting ahead of Fati at the moment. Nonetheless, his speed and agility will be of great use against the more formidable oppositions that do not fear attacking with men ahead.

At the moment, it seems that Pedri will be the second choice CAM after Coutinho. With his ability to break lines, the 17-year-old will definitely see game time. However, Koeman can also consider playing Griezmann, Puig or Alena in that CAM role, given that all have sufficing profiles to fill that spot.

The manager has very limited resources at the back, with some urgent reinforcements needed. At the other end of the field though, he has on his hands the perfect mix of experience and youth. Undoubtedly, a large portion of the success this season will be attributed to how Koeman manages his men. It is a problem, but a pleasant one. Man Management is an art in itself and one hopes that the Dutch manager possesses that in spades.