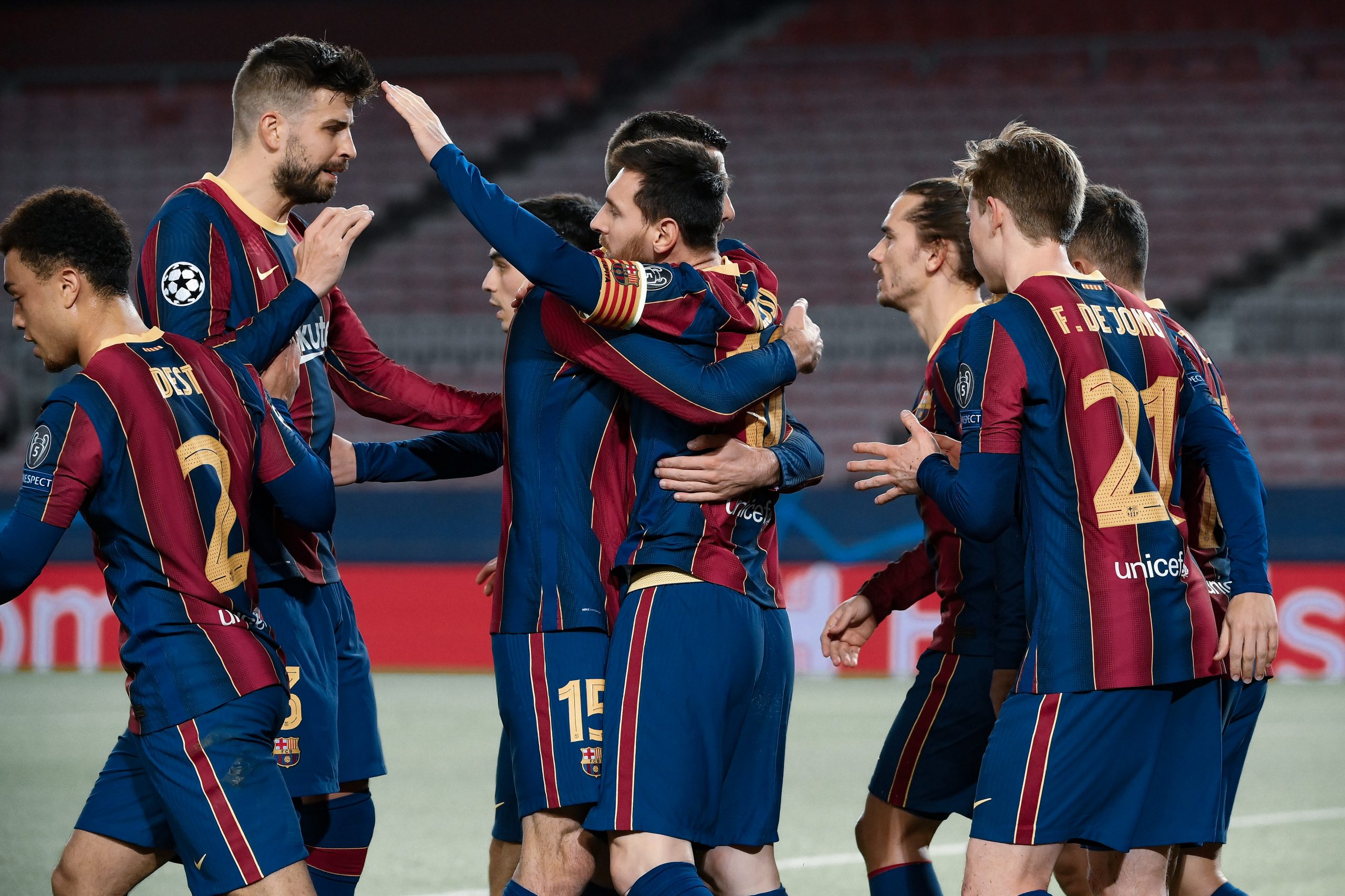 What makes a great team a winning team? A question synonymous to the century-old question; what makes successful people successful? There is no set formula or answer, unfortunately. The closest we can come to answering this might be to look at the factors that we know to increase the likelihood of success. A collection of work ethic and hard work aided by talent and nurture, among other factors, the same applies in football. Simply having the team with the best players is not enough.

If we take a look at the current landscape of football, teams like Sevilla with an average player value less than half of that of Barcelona’s average player values can challenge, if not beat, Barcelona. Elsewhere, Paris Saint-Germain found it almost too easy to come out on top against Barça despite missing Neymar and Angel di Maria.

Among the many factors influencing this, one of the most essential is efficiency. In this article, we take a look at one of the many gears, squad depth, in the giant mechanism that a club is and how Ronald Koeman can best utilize it at Barcelona.

The cogs in the gearwheel

Barcelona have a squad size of 27 players. As they come up against different systems, we can see the way these players perform well against a certain type of team and not so much against others. In a squad full of players with various skillsets, it’s essential as well as beneficial for Ronald Koeman to make the most of the squad depth. This can be done in a few ways.

One way is to use players who are versatile in different positions. Sergi Roberto comes to mind when thinking of this, as he is arguably one of the most versatile players in the world. Another way the squad depth can be used well is by choosing different players to afford more tactical flexibility. Lastly, it can also grant freedom in terms of formation.

This is different from tactical flexibility as it can be considered a macro aspect with tactics as the micro aspect. All these ways can and will coexist. Now, let’s examine what Koeman has at his disposal and how he can utilize it optimally.

There are certain problems which are caused by the opposition’s tactics and are a result of collective as well as individual instructions given to them. In such cases, different player profiles can greatly help Barcelona.

Against teams such as Marcelino’s Athletic Bilbao, the midfielders and full-backs were caught too high up the field at times. This was a recurring issue against many teams that transition fast. Playing players who have more dynamism or are better against counter-attacks is a viable solution. Sergio Busquets though almost unparalleled in pressing compact spaces and intercepting passing lanes struggles when in a lot of space against faster players. He is at the last juncture of his career and calls for replacement.

Playing Frenkie De Jong as the sole pivot would be a suitable solution if not for his exceptional current form as an interior that must be conserved. So instead, Jandro Orellana can be played at the pivot. Yet to make his first-team debut, the Spanish midfielder has been Barcelona B’s best performer this season. His positional sense is aided by athleticism. The first team has a gem in Jandro, and they would do well to give him a chance.

Often, Barcelona come up against opposition that sets up in a low-block. We’ve seen the team lacking incisiveness in such cases despite having the majority of the ball. In such cases, the squad depth in terms of wingers and midfielders can be of great help.

Koeman has been deploying Ousmane Dembele regularly since his return from injury. He is a massive help to the team with his 1v1 skills and directness. In a 4-3-3, Lionel Messi will be deployed down the right or centrally as he has a free role, with Antoine Griezmann, Martin Braithwaite and Dembele contesting for the other three spots. In the 4-2-3-1, Braithwaite has more appearances than Dembele, but in the 4-3-3, which is the preferred formation recently, the Frenchman gets the nod more often.

However, it is not only Dembele who is a great help against low-blocks. Unfortunately, Ansu Fati is injured. But Konrad de la Fuente is someone who can be of massive help in 1v1s. Against low-blocks, the team should try and either stretch the opposition to allow the midfielders more space in the channels or destabilise the opposition through playing the ball around and waiting for an opportunity.

Konrad is a dynamic winger who is rarely wasteful. And unlike Fransisco Trincao, Konrad is someone who thrives in compact spaces. When you have a player like Konrad who can draw more than one player towards him, it creates a chance for superiority elsewhere on the pitch. Do this with enough players, and a low-black can be beaten.

Ronald Koeman’s Barcelona side are a good example of how effective a change in formation can be. Starting out with a 4-2-3-1, the team played in a 4-3-3, eventually followed by many good results. A suitable combination of the formation and ideal player roles caused this.

Similarly, having good depth in his squad can allow Ronald Koeman to switch and train Barcelona using different formations. Though some managers like Thomas Tuchel are incredibly adaptable according to the situation and training the team in various systems, we haven’t seen the same from Barcelona. The advantages of this are many fold. For example, let’s consider Sergi Roberto. A highly versatile player, he can play at right-back and central midfield naturally and is adept at a few other positions as well.

Starting with a back-four, Roberto can then be shifted to midfield to form a back-three if needed. In an alternate case, he can start in midfield with Sergino Dest as the right back. With Messi on the right on-paper, Dest can be given more freedom down the right-wing while Roberto stays back to cover. In the build-up, however, the Spaniard would be in midfield.

Similarly, players like Dembele can play as the wide midfielder in a 4-4-2 and as the right-winger in a 4-3-3 allowing for formation changes. This has actually been seen this season in a few matches. To make even more use of the squad depth, the Dutch manager will have to focus on the midfield.

With seven midfielders in the squad fighting to start in the 4-3-3, there is a lot of competition. Excluding Matheus Fernandes, who has not shown enough quality to warrant a starting spot, Riqui Puig and Miralem Pjanic are the two players who can shake up things and provide different attributes from the usual midfield three of Sergio Busquets, Pedri Gonzalez and de Jong even if it means changing up the roles every now and then.

The Bosnian midfielder is a player who can be a massive asset once he finds his footing. He provides great passing range, incisiveness in the middle and final third, and reliability in possession. Playing him as an advanced playmaker with Busquets as the pivot in a 4-4-2 diamond will allow the team to play narrow. This is especially useful against low-blocks and teams that transition fast. The 4-4-2 diamond can also transition into a 4-3-3 easily.

As we saw in this article, Barcelona have a strong squad with various player profiles. This can allow for unpredictability as the opposition needs to identify and adapt fast. Not only this, but players might just fit into their new roles better than we expected, such as in the case of Frenkie De Jong.

What separates a good team from a winning team is their ability to make the most of what they have. Squad depth, being essential for this, is something that Ronald Koeman has to make the most out of at Barcelona for a tenure that deserves more than embarrassing exits from all competitions.