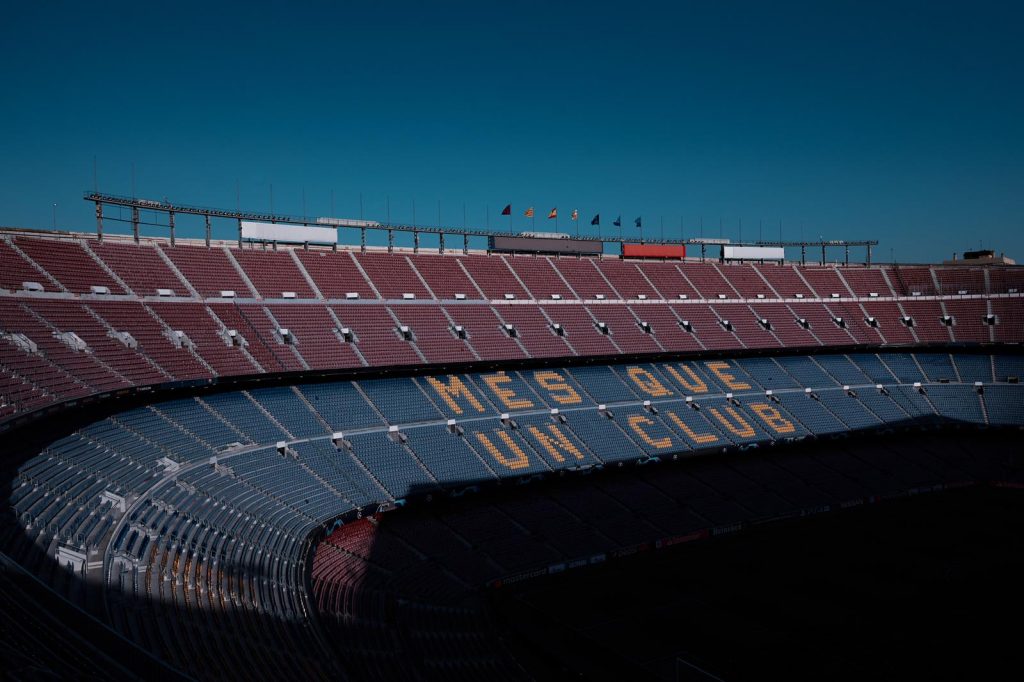 The health crisis caused by the pandemic has stopped the daily lives of millions of people. The football industry has been no stranger to this paralysis. The return of the different leagues around Europe almost three months later started with including a change in the regulation that allows a maximum of 5 substitutions per game. Some teams did play this rule out to their advantage given the depth of their squad. However, the most important novelty is that all the remaining games of the Champions League also will be played without supporters inside empty stadiums.

It certainly has an impact on the performances of players and referees given the lack of spectators and neutralising the home ground.

In 110 games played in La Liga since the restart without an audience, we can see almost a balance between home and away wins from the stats, in the empty stadiums scenario. The results of the review are relevant to the Inverted-U theory. There were recorded 45 home wins with 40.9% weightage, 35 Away wins with 31.81% weightage and 30 draws making for the remaining 27.27%.

The advantage of playing at the home ground is measured by the percentage of points earned by the teams over the total points won.

From the table given below, we can see that only 11 teams were at a home advantage from their total games played. Only Real Madrid had a 100% record win at home, followed by Athletic Madrid at an 80% record and with FCBarcelona only at 60%. This 40% margin surely cost FCBarcelona their third title win in a row. Not only it has an effect on the players, but also on the referee’s decision making.

The picture becomes more clear when we take a look at away games as well. Looking at the table below we can see that nine teams came out with the advantage of playing at away ground. Villareal and Real Madrid lead the way with 80%. Both teams had a great campaign overall, making use of their depth in the squad to their advantage. Whereas, five teams couldn’t even register a single win at away ground. One of the teams from that is, Getafe. They were one of the hottest aspects in La Liga before break under Jose Bordala’s management but post break, they completely lost the momentum, costing them to secure a place for next year Champions League. Another team, Valencia’s poor run can’t be blamed at spectators entirely. The turmoil began with the sacking of their coach Marcelino. The only positive highlight for them was beating Barcelona 2-0, at Mestalla, the first home win for them since 2007 against Blaugrana.

The graphs below depict that only eight teams were at an advantage for playing at home. Athletic Madrid leads the way with 80%, followed by FCBarcelona who was only at 60%. Fans at Camp Nou do represent a big culture impacting performances. Pitch conditions and Intimidation factor is really important while playing home games. Blaugrana largely chose to play their dynamic tiki-taka play, on grass that is short and wet in order for the ball to run smoothly around the pitch. With the loss of 40% of the total points available at home ground, playing at away grounds would have been more difficult.

The presence of spectators is one factor, surely not the only one. We can’t let go of the fact that teams had less rest within games as well. Certainly, playing 110 games in a span of 39 days is not easy. It leaves less time to correct failures, change of strategy, and recover from the matchday. It adds more fatigue and stress to the teams with less depth in their squad.

In summary, it is very probable that playing one-legged matches and with no fans at the stadiums, the positive effect of playing at the home ground is reduced and that it may affect the final result of the champion league games. The only positive is, coaches have gotten enough time on their watch already to prepare their teams very well to face this new competition atmosphere which completely differs from the one they are used to.

In any case, such findings don’t include the probable scenarios of rivals level and injuries that can influence the outcome of any competition. It will be interesting to see how things pan out in this campaign of the Champions League which start’s tonight.