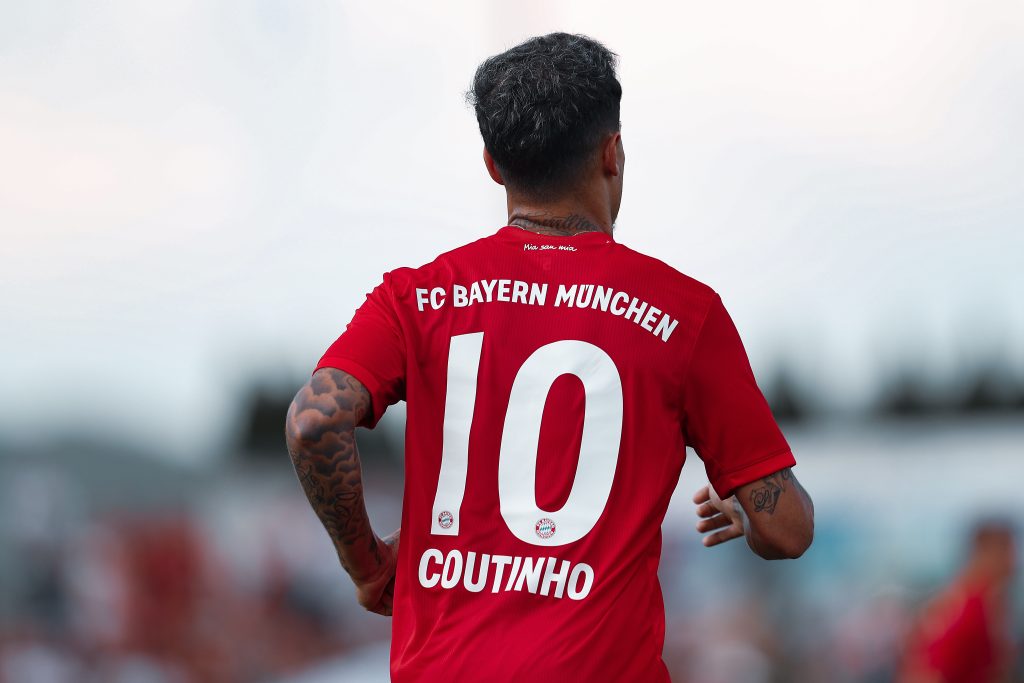 Phillipe Coutinho’s situation gets more complicated as the days progress. With Bayern Munich making it clear that they don’t want to sign the Brazilian permanently, he is now left stranded in the middle of nowhere. But could Coutinho be useful to Quique Setién if he returns to the Camp Nou prematurely before the season’s completion?

Several newsletters have reported diverse stories on Barcelona’s loanee at Bayern Munich Philippe Coutinho. La Gazzetta dello Sport claim that he will be used to lower Lautaro Martínez’s asking price, while other sources say that he is a part of manager Quique Setién’s plans in the future. Either way, the situation won’t be clarified until this season ends. Coutinho is one amongst the several waves of panic buys made by the Barça board. He joined the azulgranas for a hefty fee that was reported to be an initial £105 million, which raised to £142 million with various clauses being met. But since joining from Liverpool, he hasn’t really managed to seal his spot in the first team.

However, with his contract at Bayern terminating on June 30, Coutinho could return to the Camp Nou before La Liga finishes, according to Ondacero. And due to the peculiarity of the situation that world football is in, there are chances of him being enrolled into La Liga and Champions League if it is allowed.

Naturally, the validity of these claims is still hazy. Mundo Deportivo, for instance, has stated that the player himself wants to end the European season with Bayern. Even so, there would be many benefits for Setién and his side if his return to Barcelona happened prematurely.

I. A temporary solution

Because Barça has fairly limited wingers in the first team, Philippe Coutinho would be an instantaneous option. If he is allowed to be registered, he could provide a valuable contribution to the blaugranas. With Ousmane Dembélé still out through injury, and Ansu Fati still tender, Coutinho’s return could be at the perfect time.

By the time he returned, the Bundesliga would have been completed, and La Liga would have resumed. While the Brazilian is currently injured, he isn’t an indispensable piece for the Bavarians’ boss Hansi Flick either. He could thereby be a fresh option at Setién’s disposal. With Antoine Griezmann struggling to perform to his usual standards on the left flank, Coutinho could easily ramp up minutes for the Catalan outfit. In addition, according to Marca, Quique’s plans are to use Philippe mostly as a number 8 in midfield, rather than in attack.

A number 10 by trade, Philippe Coutinho is yet to find his ideal position in a 4–3–3 | Photo by Alexander Hassenstein / Bongarts via Getty Images

There are still 11 matchdays left in La Liga, implying that there is a lot of football to play. Naturally, after a long break, the players will not be at 100% in terms of fitness. And as we already know, Barcelona’s squad isn’t deep enough to cope with injuries in any department. Using Coutinho, either in the middle or in the wing, would help reduce the possibilities of any setback and further propel the Catalans towards another La Liga title.

Undoubtedly, the 27-year-old is an extremely talented player who can win matches on his own. He has eight goals and six assists in the Bundesliga despite being used majorly as a substitute. The reason why Bayern aren’t buying him is because of him being valued highly by his parent club. After all, the Catalans intend to sell him on a profit. The fact that Barcelona’s asking rate is enormously high implies that future clubs would also be looking at him as a potential loanee.

With the Premier League likely to be his next destination, this possibly temporary spell at the Camp Nou could help his case. By pitching in excellent performances and supporting his team, he could convince English sides to sign him. With London-based outfits Chelsea, Arsenal and Tottenham showing interest, as well as the future owners of Newcastle, Coutinho could win a ticket back to the Premier League. Though another loan spell could be likely, he could further solidify the interest that clubs have on him by playing well.

III. Convincing Setién in keeping him

Barcelona isn’t in a luxurious position to let go of a player like Coutinho without considering in giving him a permanent place in the first-team. It is a known fact that they are looking for attackers, particularly Neymar Júnior and Lautaro Martínez. Furthermore, the board doesn’t have sufficient funds to sign both players. Setién won’t be able to solve all the deficits in his squad in the coming window. So he must be open to the prospect of having Coutinho as a perpetual option.

The 61-year-old has already expressed desire in working with him: “Coutinho is a great player, I like him very much. Basically, he is a Barcelona player”, Setién told RAC1 radio station. “Of course, I would want to have him back. I would want to talk with him”, he added.

Could Coutinho still have a future at Barcelona? | Photo by Sebastian Widmann / Bongarts via Getty Images

But it is still a question mark as to whether he would fit into the first team on a long-term basis. And so, if Coutinho is allowed to play the remainder of this season for the Catalans, it would help Setién in also evaluating this prospect. If Barcelona can’t manage to get themselves a capable winger, and if Ousmane Dembélé’s injuries continue to persist, then they will have to consider the services of the Brazilian. The latter could be ready to add some much-needed creativity and flair in midfield as well..

Unfortunately, a footballer of Coutinho’s standards is suffering such uncertainties over his career. At 27, he doesn’t deserve to be put through such levels of confusion. His loan terminating early with Bayern could be a blessing in disguise. There aren’t many options left for him, but if he manages to prove the club of his value, he could sort his career sooner rather than later.

Coutinho is one amongst the several players who fell victim to the board’s mismatched transfer policy. His dream move to Barcelona hasn’t been anything but a bed of thorns. But it is in his hands to rewrite his fate at the Camp Nou. Either by showing the fans, the board, and the manager that he deserves to stay or by proving the club wrong of letting him go by shining elsewhere.