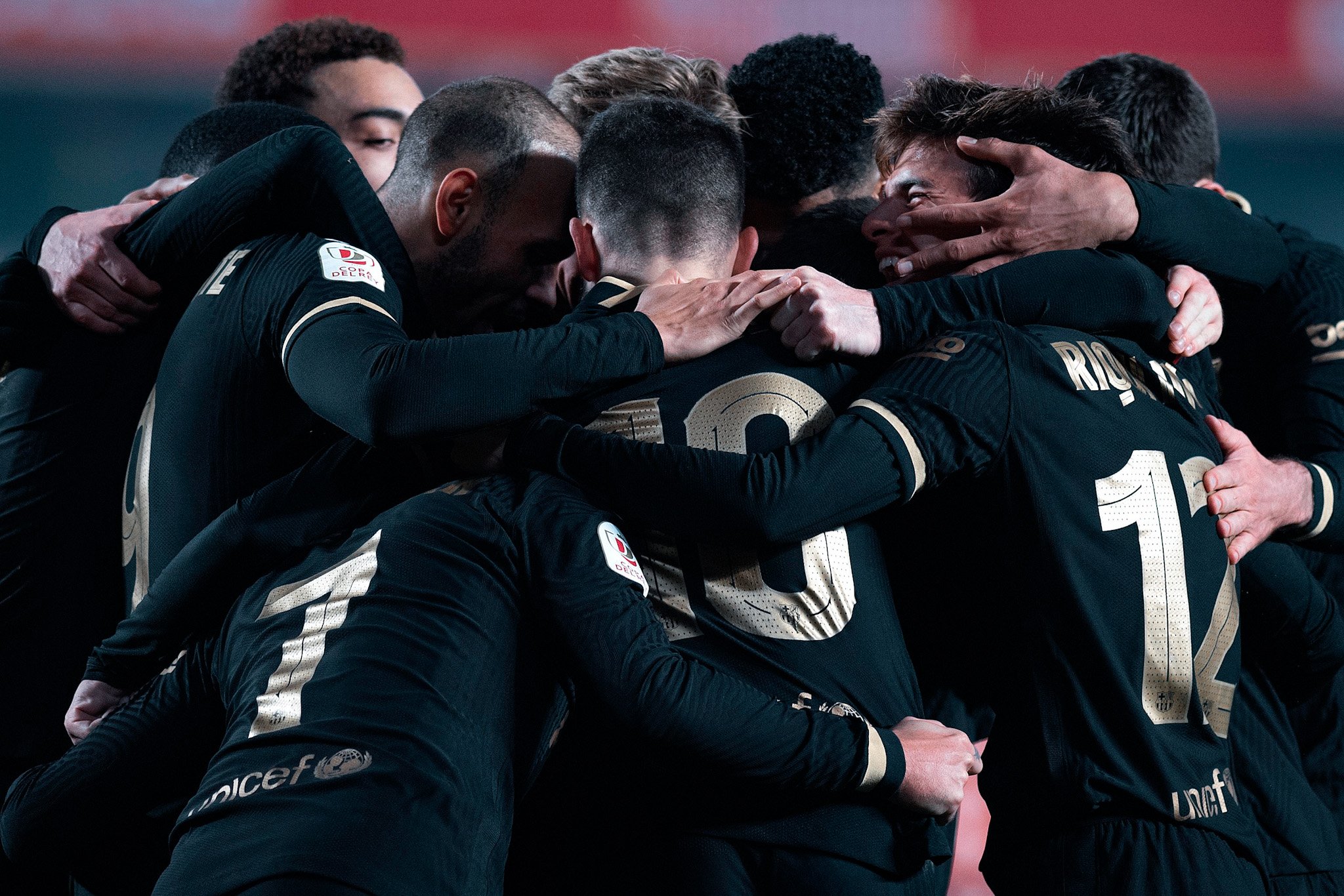 It’s finally that time of the season: the Champions League knockout stages. After placing second in their group, Barcelona will face Paris Saint-Germain in what is one of the round’s most highly anticipated matchups. It will be the teams’ first meeting since March 2017, the famous “Remontada” that saw Barcelona overcome a 4-0 first-leg deficit by winning 6-1 in the Camp Nou. It was also meant to be Neymar Jr.’s first match against his old club, but he was recently injured and ruled out for the next month.

There is plenty to unpack before this tie and lots of questions to answer as well.

PSG reached new heights last season after reaching their first-ever Champions League final, only to lose 1-0 to Bayern Münich. They came into the 2020-21 season with high expectations but suffice to say their season has been anything but that.

After a run of three wins in seven games, manager Thomas Tuchel was fired and replaced with ex-PSG player Mauricio Pochettino. The French-club won the Trophée des Champions on his third match in charge and are currently tied for first in the Ligue One table. Nevertheless, joint-leader Lille have a game in-hand and third-place Lyon are only two points behind them, making this one of the closest league races in years.

The Parisians have won four of their last five matches but results do not represent everything with this team. The reigning French league champions have been inconsistent thus far this season and Pochettino has not yet fully instilled his managerial ideas into his squad.

Pochettino has only been in charge for only a little over a month but the foundations of his tactics are clear and we can infer his plans for the team based on what he’s shown throughout his career.

Pochettino opts for a high-pressing, expansive, attacking style of football. He likes to play on the front foot, something that fits well with the talent of PSG. He favors a 4-2-3-1 formation but that can easily shift into a 4-4-2. In his first ten games in charge, PSG have lined up with a 4-2-3-1 or 4-4-2 six times. Given the breadth of his attacking options, using a formation with only two central midfielders makes plenty of sense.

PSG like to build-up from the back, allowing them to take full advantage of ball-playing centre backs Marquinhos and Presnel Kimpembe. The center backs attract and absorb pressure with ease, and often look for a central midfielder to drop deep and pick up the ball, most often Argentina’s Leandro Paredes. The image below and the rest to follow are all from PSG’s 2-1 Sunday defeat of OGC Nice.

Paredes is the third-most pass-targeted player (played at least 10 matches) on the team (83.8 per 90 minutes), and the two above him are midfield counterparts Marco Verratti and Idrissa Gueye. He either drops in between the two center backs or receives the ball in front of them. When between the center backs, the two full backs hug the touchline, the two wingers/wide forwards push inside, and the number ten drops alongside the other center midfielder, creating a 3-4-3 formation. This creates plenty of open space out wide, and the movement drags opposing players out of position.

With the ball at their feet, the central midfielders or center backs look for line-breaking passes to an attacking player. They can also spray the ball out wide to marauding full backs, but most often pass to dropping forwards like Kylian Mbappe, Neymar, or Angel Di Maria.

These line-breaking passes are direct and split the opposition’s press or midfield lines.

They’re also not afraid to send long balls forward to pacy players like Mbappe, or in this case Julian Draxler, either behind the last line of the defense or when they are in open and isolated spaces.

As seen in the photos above, PSG’s backline pushes up near the halfway line, suffocating their opponents into their own half.

In front of goal, they are mixed with their approach, playing patiently at times but quite direct too. They can work the ball into the box with short passes, crosses from wide players or full backs, shooting from distance, or giving creative players like Neymar or Mbappe the license to create something out of nothing. There is plenty of off-ball movement and interchangeable positioning that drags opposing defender’s out of position.

As showcased below, when given the ball in wide positions, Mbappe can easily dribble past multiple defenders and either cross or set up a shot for himself.

PSG dominate possession, averaging 63% over their last ten games. According to whoscored.com, their attacking outlets are split fairly evenly, 30% through the middle, 30% through the right, and 40% through the left. The slight preference towards the left makes sense given Neymar and Mbappe positioning there.

Out of possession, PSG press with high-intensity and determination–like all of Pochettino’s teams– typically in a 4-4-2 shape, with the number ten sliding up alongside the center forward.

Their central midfielders, whether Veratti, Gueye, or Paredes, have immense work rates and are strong tacklers and trackers of the ball (averaging 3.71, 4.71, and 3.54 tackles plus interceptions per game, respectively). Their central defenders, Marquinhos and Kimpembe are also world-beaters, particularly in one-on-one situations.

On the other hand, the full backs, particularly left back Kurzawa who’s had lots of playing time due to injury, is fairly weak defensively. The midfield shape can also allow for spaces between the center defense and midfielders, somewhere that can be exploited by free roaming and well-positioned forwards.

In defense, PSG’s strengths are in the abilities of their central defenders and also the elite shot-stopping abilities of Keylor Navas, who Cúles know well from his time with Real Madrid. Their midfield is packed with players who have the right mix of creativity and defensive work rate. In attack, they have a myriad of talented players. Given their injuries, however, Di Maria and Neymar will be missing so they will lack some firepower, but between Mbappe’s pace and skill, Icardi’s predatory instincts, and Moise Kean’s improvement, they are always a handful for any opposition defense.

Nevertheless, PSG have still been inconsistent this season, particularly on the defensive end. They have given up goals due to being exploited with their high line, not effectively stopping counter attacks, and on Sunday against Nice they conceded an easy goal due to failure to effectively play out of the back. Also, Nice had 13 shots on goal and five on target, and they could have easily scored more than once. Furthermore, individual defensive errors are costly for them (not unlike Barcelona).

How Can Barça beat them?

While Barça face a tough match on Tuesday, PSG are by no means invincible. The fact that they will be missing two of their most creative players, Neymar and Di Maria, can only bode well for the Catalans. However, Mbappe can easily cause nightmares for the Blaugrana’s fragile back line, particularly if injury-doubt Ronald Araújo misses the match. They must be cautious with their pressing and high line, remembering to press as a unit and stay in shape, because PSG will assuredly capitalize on any open spaces.

The Catalan giants must also be cautious discipline-wise, making sure not to give away any cheap yellow cards when trying to stop Paris’ quick breaks. The central midfielders, in particular, will be up for the challenge and will be physical and rough, so Barça must stay level headed and composed. Sergio Busquets’ positioning will be key throughout the match as he will monitor PSG’s forwards who will drop deep to collect the ball.

As aforementioned, Barça should look to exploit the spaces between PSG’s backline and midfield. Messi, in particular, will assuredly drop deep to pick up the ball and take advantage of any of the center mids being out of position. There will also be plenty of space to exploit if Barcelona quickly win the ball back, and Ousmane Dembele and Jordi Alba will be key to generating opportunities on the counter-attack. Although, Barça have been fairly lethargic on the counter this season.

Whether its Alba, Oscar Mingueza, or Sergiño Dest filling the full-back positions, they should look to consistently cross the ball into the box to create commotion and havoc for the opposing defense. De Jong’s third man runs and movement into threatening positions will also be crucial. Pedri, Lionel Messi, and Antoine Griezmann’s creativity in tight spaces should put PSG’s players on edge, but they should be prepared for a long night of breaking down the opposing defense, and getting shots past Keylor Navas.

Sunday night’s 5-1 thrashing of Alaves was the second time in four games that Barça put five goals past an opponent, so hopefully, the goalscoring floodgates have opened for them. Also, Messi and Griezmann are in red-hot form at just the right time.

The last time Barça played an attacking and expansive opponent in the Champions League was Juventus and they lost 3-0, so there are lessons they should learn from that game as well. One repeating theme from the match was the Italian-side’s relentless and smart pressing that prevented Barça from successfully playing out from the back. They will have to be precise and smart with their passes and look for balls that split PSG’s press as showcased down below.

Fortunately, the inclusion of Dembele and Alba should give them an outlet for long balls that exploit Paris’ backline.

It’s hard to say what Barça’s ideal lineup should be given the injuries to their backline in particular, but Messi, Griezmann and Dembele should assuredly start up top with Pedri, Frenkie De Jong and Busquets behind them. If Araújo is healthy, Koeman will surely pick him to start alongside Lenglet most likely. But if the Uruguayan misses the match, Mingueza could play right-centre back instead with Dest returning to right back. The manager could throw a curveball and start De Jong at center back, but Barça would lose a lot going forward and in the midfield.

In all, the match will be close but a positive result isn’t out of the question for the Catalans.

Both sides will be missing key players, but the match will still surely live up to expectations with some of the biggest names in world football sharing the same stage. Barça are missing key defenders like Gerard Piqué and potentially Ronald Araújo, while PSG are missing key attackers like Neymar and Di Maria.

They are both in desperate need of a deep Champions League run, one that can be a saving-grace for their relatively underwhelming campaigns. While PSG are still finding their footing under Pochettino, Barça are playing their best football of the season and will be hoping to redeem themselves after the last time they played in the Champions League with the 3-0 loss to Juventus in the group stage.

Above all else, Culés will want to see the fighting spirit their team has displayed over the last month. PSG are a worthy opponent with more than enough areas to exploit, but the Blaugrana must be on their A-game to get a positive result.