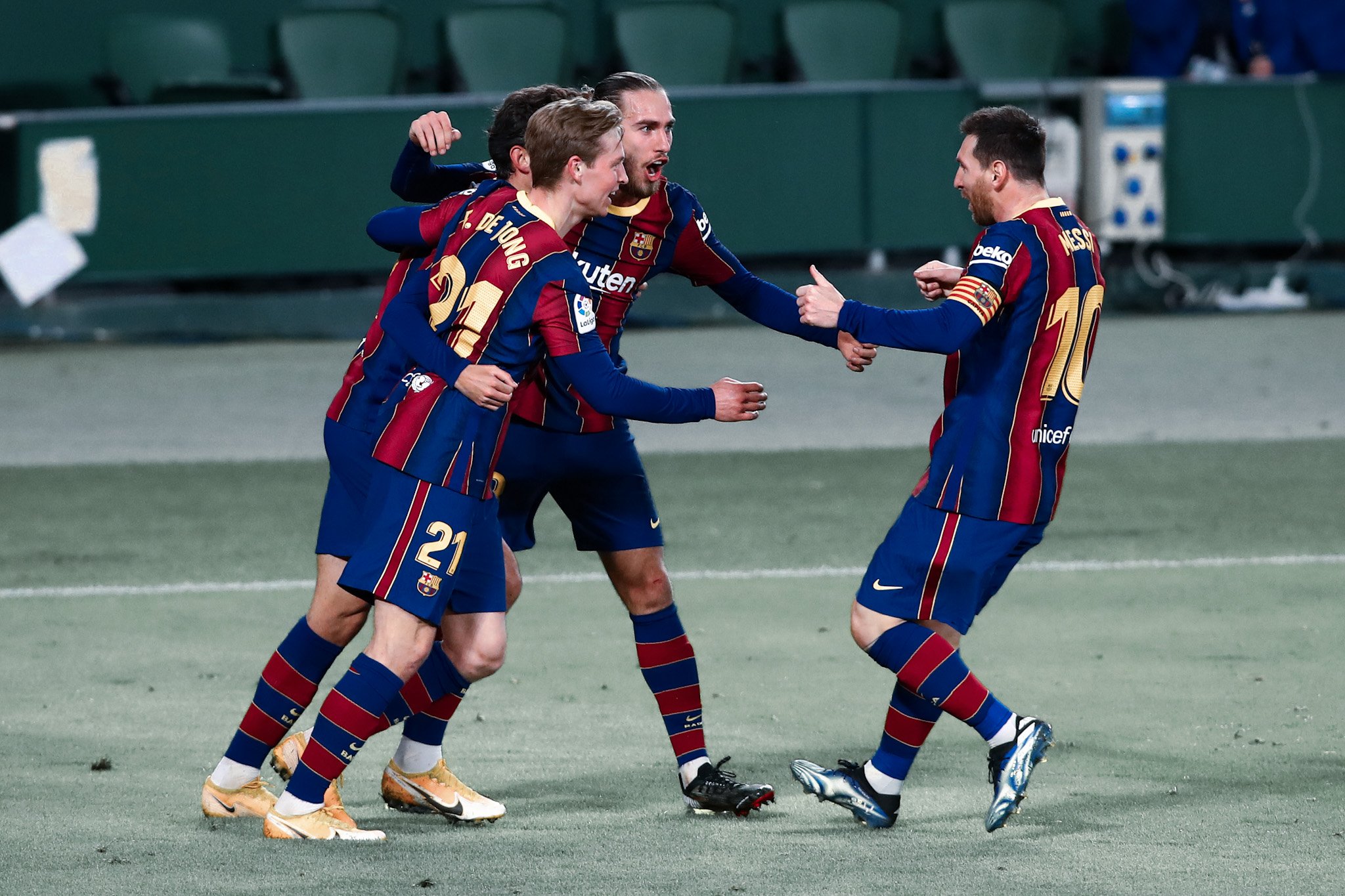 The French Champions- Paris Saint-Germain- travel to the Camp Nou for a blockbuster clash in the Champions League round of 16. It is a clash the world has set its sight on. The colourful streets of Catalonia will again hope for their warriors to repeat the heroics of last time. Meanwhile, the exuberant lanes of Paris hope that this year is the end of their Champions league curse.

The fortunes of the two sides heading into the clash could not be more puzzling. PSG- the publicly backed favourite for the clash has witnessed a slump in performance in recent weeks. Meanwhile, Barcelona has been at the peak of their powers this season, and seem to cast away La Liga sides with ease.

Nevertheless, the Catalans have not had great fortunes in clashes against the big names so far this season. Heading into a clash against last year’s finalists, one hopes that the renewed squad does Barcelona proud. Here is how Barcelona could lineup against PSG

After what seems ages, Barcelona finally have a solid core of undisputed starters under Ronald Koeman. This starts right from the man between the posts. Marc Andre ter Stegen has had a season of few mistakes and carried the team on many occasions. Up against fearsome names in Mauro Icardi and Kylian Mbappe, the German will have to be at his sharpest.

An injury could not come at a worse time for Ronald Araujo. At a time when Barcelona needed its form defender, the Uruguayan has almost certainly been ruled out of the clash.

Though Gerard Pique has begun training with the group, it is highly unlikely for the Spaniard to be given a start. Oscar Mingueza, though not flawless himself provides the most reliable option for Koeman on the night. He will likely be alongside Clement Lenglet who has been on a dismal run of form. The centre back pairing is a concerning front, especially given the quality of the opposition.

After receiving his medical all-clear ahead of Saturday’s clash, Sergino Dest seems set to start at right-back. His performances leading up to his injury were disappointing, to say the least. The Champions League provides a new slate to make a fresh image. Undoubtedly, the USMNT star will be looking to capitalize.

Jordi Alba was given a day off in the 5-1 demolition of Alaves, not even featuring off the bench. All signs indicate that he will once again start against PSG. The Spaniard will have a massive part to play in the final result, given his critical contributions in both attack and defence.

The one department that seems sorted in its entirety. After months of permutations, combinations and rotations, Koeman has struck gold. The trio of Frenkie de Jong, Sergio Busquets and Pedri has surpassed all expectations.

Barcelona finally have a midfield combination that can effectively contribute to attack. With De Jong making constant runs into the box, and Pedri’s eagle-eye vision and incisive passes, the attack of the Catalan side has a new cuttings edge.

On the night, Busquets will once again dictate the play from deep midfield. Not much has been spoken of his world-class displays since the new formation. A good game for Busquets almost certainly means a positive outing for the Catalans.

While de Jong will continue in his renewed advanced role, Pedri will be deployed in the half-space to exploit ever slip up from the French Champions

The rest for Ousmane Dembele ahead of the crucial Round of 16 ties was the most conspicuous indication of his involvement. Undoubtedly, the manager counts heavily on the Frenchman to break open the Parisian defence. Moreover, this is a massive game for Dembele on a personal level. It promises to be an opportunity to directly impress the decision-makers in Paris, and earn back a spot in the National team squad. He will certainly look to be a constant menace on the left-wing.

Antoine Griezmann faces off against the side he was heavily linked to in the summer. However, this time he approaches them as a new figure. He is now a part of the flesh and blood of this Barcelona side, not a liability in any sense. The No.7 has been the direct inspiration for so many of the Catalans goals in recent games and is not beginning to show his full ability. He will start at CF on the night.

Lionel Messi will cap off the lineup, starting on the right-wing. The Argentine has been inspired in recent games, the clash against Alaves being a prime example. He provided the apt war cry that echoed across every street in Paris on Saturday.

Pochettino and PSG should be scared because a Lionel Messi in that kind of form can obliterate any opposition. Undoubtedly, it will take a team effort, but a potent Leo could well be the difference on the night.

Fransisco Trincao has turned around his season, and in what style. All of a sudden, he looks more inspired than ever. He will be high on confidence after his two goals against Alaves. He will be a potent option for Koeman to utilise in the latter half.

Riqui Puig put up a solid performance at the weekend and made a statement. The manager even acknowledged the youngster’s attitude and impact. With differences sorted, Puig could well minute to make a difference on the night.