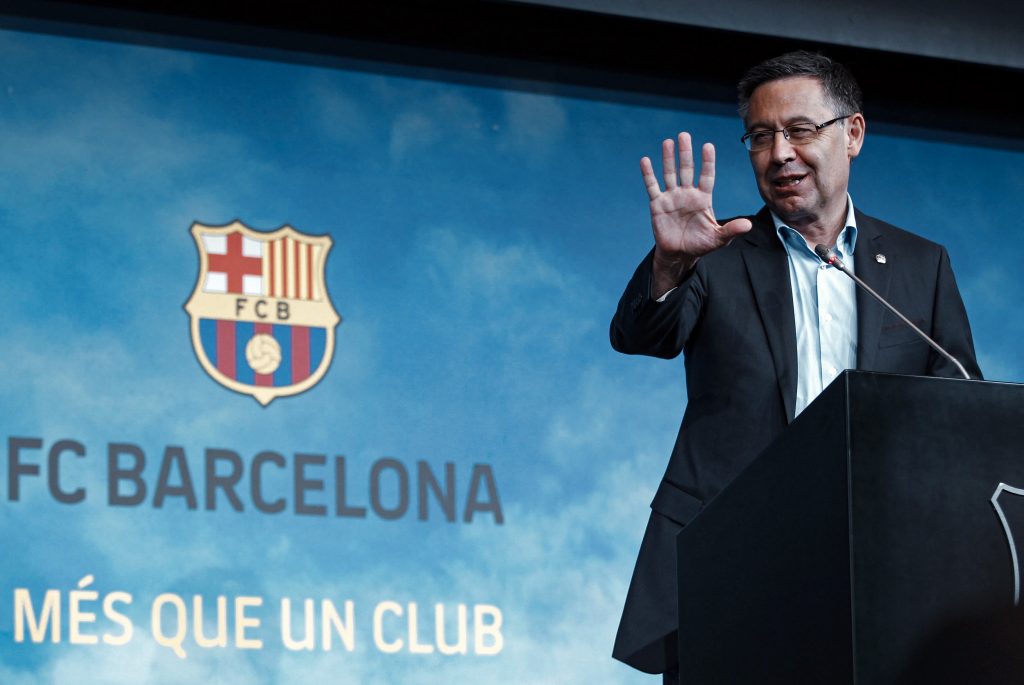 In a desperate attempt to generate revenues to balance the books, FC Barcelona is becoming increasingly unstable in all areas of the club.

By their very nature, football clubs are heavily reliant on its human resources. In fact, there is a significant relationship between the capabilities of the personnel within a football club and its performance as a business.

As a result of this, transfers fees have, in recent times, reached record breaking levels – see, for example, the transfer of Brazilian superstar Neymar Júnior from Barcelona to Paris Saint-Germain for €222 million in 2017. This transfer was so large from a financial perspective that the wider sports community now refer to the inflationary pressures seen in the transfer market as the Neymar Effect.

Beyond the excessive inflation caused by extravagant transfer fees, transfers of this size have started to inflect some serious financial pressure on clubs that don’t have the financial capabilities of some of Europe’s more prominent clubs.

“Why couldn’t you beat a richer club? I’ve never seen a bag of money score a goal”

Today, there are numerous football clubs that are unable to compensate its players to the same degree as Europe’s elite clubs. Instead, they are required to compete through the development and promotion of players from within their own footballing academies. However, the players from these academies that are able to demonstrate that they have the talent to perform on the biggest stages of world football are often poached by clubs with large financial resources.

One needn’t look far for an example of this. Only last year, Ajax reached the semi-finals of the UEFA Champions League after an incredibly successful season in which the club’s players caught the eyes of football fans across the globe. Their reward for this was the loss of two of its best players, Frenkie de Jong and Matthijs de Ligt, in moves that saw the club receive €169 million.

In Spain, FC Barcelona is another institution that has fallen victim to the inflationary transfer market, despite being part of the initial transaction that broke the glass ceiling of transfer fees. The management of the club in recent times has led to some potential trouble on the horizon for this European giant. To gain further insight into this, one needs to take a look at the club’s financial statements, which accurately reflect the wave of financial issues that could be heading in the club’s direction.

A look at the FC Barcelona books

FC Barcelona’s annual report for 2018/19 reflects a budget of €124 million to be used for transfers and loan agreements. This was set with the expectation that the club would reach the quarter-finals of the 2019/2020 UEFA Champions League, given the potential prize monies to be won by reaching that stage of the tournament could supplement the overall transfer market activity take on by the club. The tables below provide an indication of the results of the Financial Year 2019 for FC Barcelona, alongside the club’s budget for its FY2020.

Here we can see an expected increase of 6% increase in operating income, exceeding the figure of €1 billion forecast in the strategic plan for 2021, which created a lot of buzz in the football world.

All this means that the estimated operating profit for the 2019/20 season stood at €40 million, which, including the financial profit / loss and taxes, represents an expected after-tax profit of €11 million.

The curious case of Philippe Coutinho

In 2019, FC Bayern Munich, one of Germany’s most prominent football clubs, secured a loan agreement with FC Barcelona which saw Brazilian midfielder Philippe Coutinho transferred to the Bavarians for a one year period. Included in the loan agreement was an option to buy clause at the end of the loan agreement.

A financial breakdown of this transfer indicates that Bayern agreed to an initial loan fee of €8.5 million, paid to Barcelona, and would further cover Coutinho’s wages, which were set at €250,000 per week. The details around the option to buy clause, and the recent downturn in the transfer market as a result of the COVID–19 pandemic has made this transfer quite peculiar from a financial perspective. The initial option to buy clause permitted Bayern Munich to purchase Coutinho for a fee of €120 million at the end of the one year loan. The following scenarios detail how Bayern can treat this from a financial perspective:

Scenario 1: FC Bayern anticipates that it will exercise the purchase option

If FC Bayern elect to apply IFRS 16 to this arrangement they do, the option to permanently transfer the player’s registration rights at the end of the contract is a purchase option. FC Bayern would assess whether it is reasonably certain to exercise the purchase option. Given the current scenario of market and economy it’s looking less reliable that they would go for it. But, if they do exercise the purchase option, it would include the €120 million transfer price in the lease liability ( under IFRS 16 App A ), and it would amortise the right-of-use asset over the useful life of the registration rights.

If FC Bayern is not reasonably certain to exercise the purchase option, it would exclude the €120 million transfer price from the lease liability, and it would amortise the right-of-use an asset over the lease term – or the useful life of the right-of-use asset, if shorter. Also, if FC Bayern elects not to apply IFRS 16, then FC Bayern, holding the option, has paid for this option as part of the loan fee. Therefore, part of the €8.5 million paid at the inception of the loan included the option payment as well. They would, thus, allocate part of the €8.5 million to the one-year registration rights and part to the option.

The option of buying is, therefore, an intangible asset, since it is non-financial and does not meet the definition of a derivative under Appendix A to IFRS 9. The option asset would not be amortised, but it would need to be tested for impairment. There would be no amortisation of the option because the economic benefits are not consumed over time but only on exercise ( IAS 38 para 97 ).

But now, since the arrival of the pandemic that €120 million is nowhere feasible for FC Bayern. The below table shows the total income for Barcelona in context to meet their €124 million transfer budget.

Now, this leaves still €34 million short for Barcelona to achieve their €124 million of the budget of transfer and loan revenue.

This is just the one part of it, we also need to look at the expense side of the budget for 2019/20 season. Here:

Looking at this, does selling Coutinho solve the problem for the club? He was signed back in 2018 for the contract of five years for the amount of €140 million. Now here comes the principle of player amortisation. This is the universal accounting principle only applied to the football world.

Now, we can see this would really cover up the amount of €34 million that the Barcelona board was getting short of. But given the current pandemic, there is a huge drop in the value of players in the transfer market and looking at Coutinho’s case, if the board wants to balance books they cant drop the price of 120 million more than 8%.

Stripping yourself of assets to balance the books is the only way forward for the club if they don’t want to end like the mighty AC Milan in the near future. And, the latest victim to this strategy is Arthur Melo, who is being pushed out of his dream club just after two years.