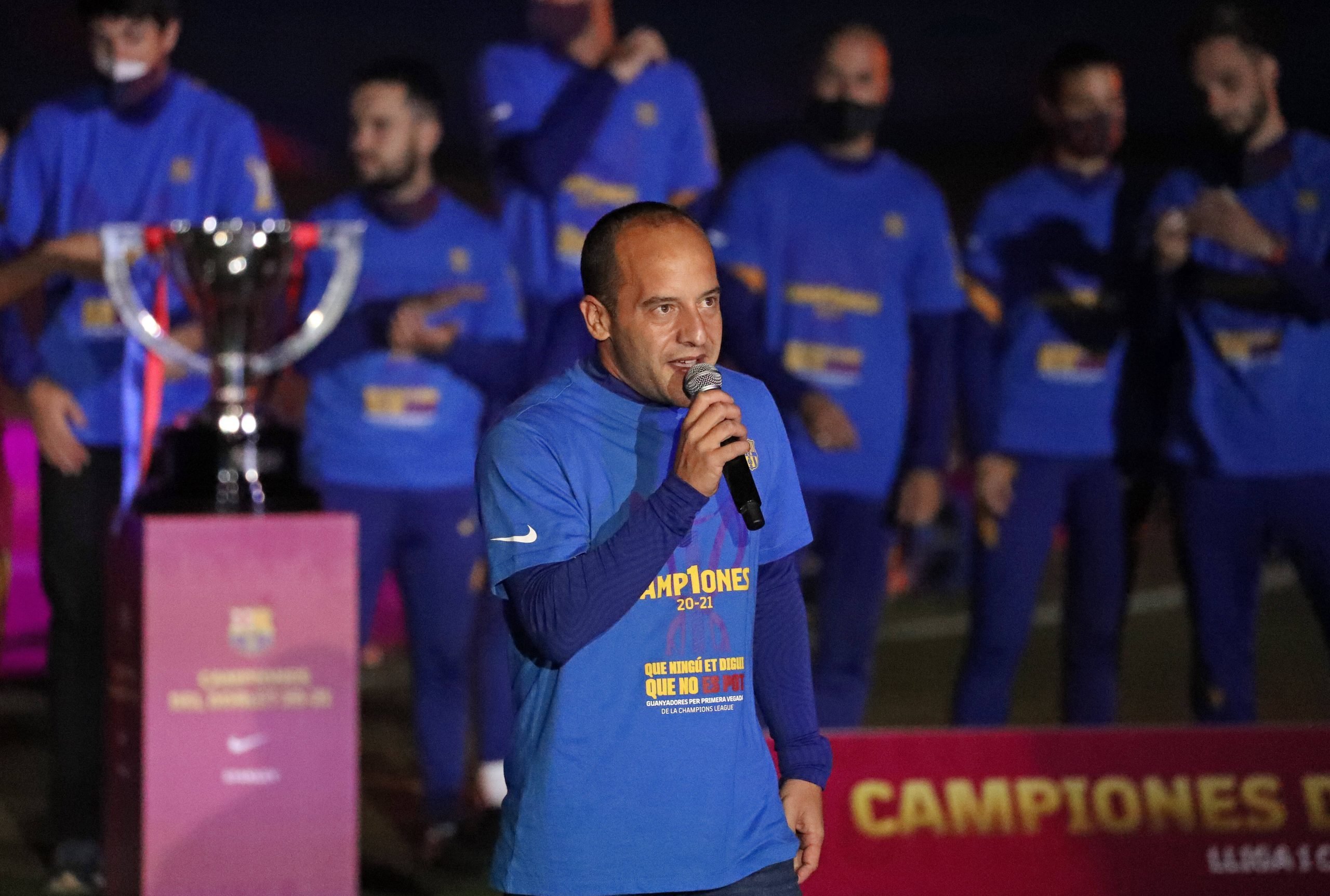 Ahead of Barcelona Femení’s final game of the season, Mundo Deportivo have reported that treble-winning coach Lluis Cortes has decided to part ways with the club. This comes after several tense filled weeks that have led up to this decision.

Negotiations were attempted between the board, captains and manager, but to no avail. After two and a half years at the club, with both an international and domestic treble to his name, Cortes is set to depart.

Just last week, Radio Catalunya reported that Marc Zubizarreta told the board that the situation in the locker room was insupportable and that the manager should leave. The same report stated that the board was happy with his work, though Marc himself stepped to the side. It seemed that after talks between player and manager, the fire had died down, but the relationship has deteriorated to the point of no return.

The timing of the departure itself is quite bizarre. Two months ago, his contract was extended by a year to the end of the 2021/22 season, and this too with an option for one more year.

Some of the complaints that have led to the fracture of the relationship between the players and their manager, as per a report relayed once again by Mundo Deportivo, pertains to their training. It is apparently very strenous on the players.

As of now they remain rumours. Only after the Eibar match on this final day will the truth be revealed.