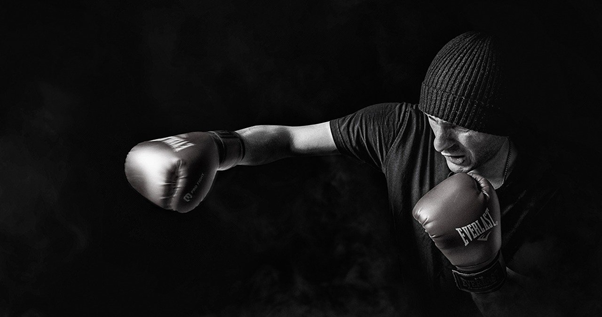 Sports betting has been a common adventure triggering phenomenon for most of sports fans. And one such betting hub sport is boxing. And many of you might look for players to bet on, players that are swift, and betting on whom will be like winning the lottery in one round.

So, here we are with the list of highest-paid British boxers who have managed to score a considerable money grant per punch they throw. Notable, isn’t it, punching your rivals and filling your pockets, a very interesting source of money.

Britain has remained the hub of some leading sports culture. They have cricket, football, and most crucial sports categories, but the boxing area has seemingly witnessed significant rises in the past decades. The boxing regime in Britain has been successfully thriving over the years, topping the charts all in all steering in the right direction.

And it would not be wrong to state that these players are rightly rewarded for their hard work and being justly recognized for the entertainment they bring to the table.

So, is there any accurate estimation of how much do these British boxers earn per punch? Well, thanks to Ladbrokes, we now have a remarkably clear list of some of the major punches in British history and how much they cost. So here we go:

Khan scored an average of 213,784 pounds per punch, while Canelo was stuck with an amount of 43,168 pounds. The result was pretty obvious because no matter who stands against Khan, he is undefeated when it comes to fighting shares.

Although he was brutally knocked out in the sixth round, he managed to secure a hefty share of the fight due to the powerful punches he hurled on Canelo. The punches he threw were technical, structured, and definitive, which bagged him a prize of 200,000 pounds for each punch.

This was famously referred to as the Power against Speed, where power was, of course, the winning Mexican player Canelo as he managed to knock down Khan in the end. Yet earned a lower share due to less stylized and more number of punches than Khan.

A fight that was profoundly engraved in the minds of every boxing fan. A battle between two mighty boxers who fought head-on till the very end. It was only until the tenth round when Mayweather was quick enough to reflex and knock out his opponent through a technical punch. The sheer punch that granted him his greater share of the fight.

This fight winded up in May weather’s favor as not only he won but managed to score a hefty share of the prize money. This fight subjected Hatton to a price of 9,472,260 pounds, and Mayweather to 29,995,490 pounds. A victory that quite justly defines Mayweather’s boxing nickname the ‘Money.’

This fight was a long match that was defined by the endurance factor of the two players. Both the players were awarded 12 rounds and were liberated to throw as many punches as possible. The match went with head-on punches, where one moment, people thought the fight would never end, and they will never have a winner. But in the end, a unanimous point marker granted Klitschko as the winner.

Although Klitschko was awarded the title of the winner, he did not earn more cash prize due to the excessive number of poorly structured punches. He threw in 134 punches, of which only 26 percent have scored a success. On the contrary, David Haye scored a similar success rate of 25 percent in just 74 punches. Therefore, making him the apt contender for a more significant prize money share.

Well, this wasn’t the first time these players came head-on fighting to earn the winning title. Their first fight generated a strike of controversial issues that infamously attracted people. This led organizers into fixing them up for another fight where Groves, who accused the previous fight to be a scam victory, was given another chance to defeat Froch.

However, this was no different than the first fight, but it was clear. This fight clearly entitled Froch to victory as well as the hefty share. Groves was knocked out in the eighth round, which was popularly deemed the ‘Knockout of Year’ in 2012.

Also, the fight bagged the esteemed title of the ‘Event of The Year’ by Ring. This fight led to Froch earning around 83,333 pounds while Groves with 15,873 pounds.

Well, the list would have been incomplete without Tyson’s name in it. The esteemed boxing player has been titled most paid at least a lot of times, so this wouldn’t be different.

This fight made him walk away with an average of 281,193 pounds for throwing 50 right punches in eight rounds against his opponent, who threw 311 punches and was narrowed down to the price of 71,154 pounds.

Hence, we conclude boxing does not pay more to the winner; rather, they pay more to the efficient players. Therefore boxing is a game of substance that does not overlook the procedure against the result—a game where victory is like winning the lottery in one round.